The Financial Regrets of Parents 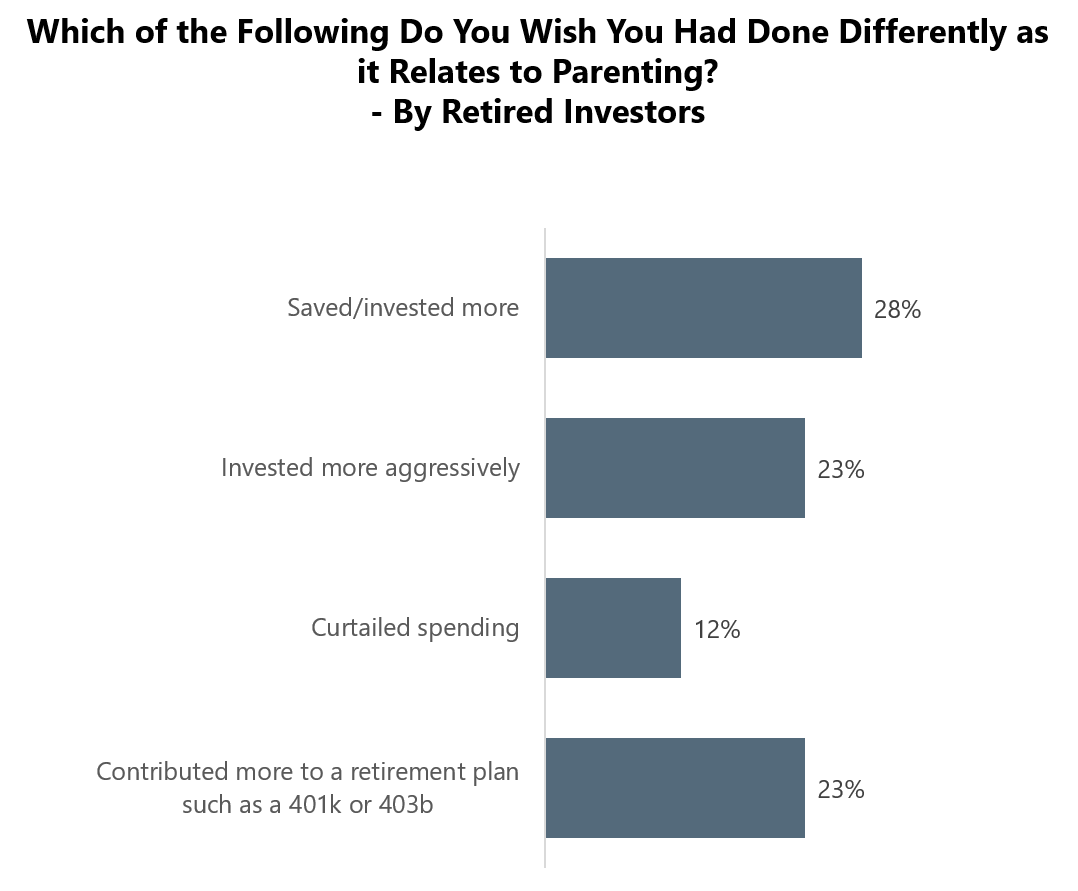 It may not always be healthy to look back at the mistakes one has made through their life. There is nothing to be done that can remove or erase regrets; one can only make up for those decisions somehow.

The process of parenting is such an ongoing struggle that parents of young children have little time to have regrets over what they have done wrong financially. It is only after the kids have grown that parents can truly consider the path they took, and to feel bad about the mistakes they may have made along the way.

Parents of grown children can easily look back at the financial decisions they made while the kids were growing and give thought to how they might have made different decisions that would have benefitted themselves and their family both in the past, in the present and in the future.

Spectrem’s study Parenting and Financial Decisions examines the impact of parenting on a household’s financial progress. It also looks at how investors without children think future parenting will impact their finances.

Advisors can obviously consider these responses as they deal with clients who are still raising children and assist them so that they do not have these same regrets when they are done raising their children.

However, the most “popular” regret expressed by parents of grown children is “should have saved/invested more”. Thirty-two percent of all investors offered the response that they wished they had saved or invested more, and obviously the wealthier the investor, the less they have that regret.

Advisors can obviously point to this research when discussing investing options with clients. Even 24 percent of investors with a net worth between $15 million and $25 million wish they had saved or invested more; it is fair to suggest to clients that they may someday regret not putting more money into vehicles that will benefit them later in life.

Making contributions to a 401(k) during one’s years at work is a form of saving with an eye toward having income in retirement. Twenty-five percent of investors with grown children indicated they wished they had put more into their employer-sponsored retirement programs, a fact that advisors can certainly use to provide guidance to working clients whose children are either still at home or yet to be.

The other regret expressed by at least 20 percent of investors with grown children was “invested more aggressively”. Twenty-four percent of investors with grown children looked back and wished they had been less conservative in their investment choices as the kids were growing up. But that is an easy regret to point to after the fact; when children are in the house or in the future, investing aggressively is a difficult choice to make, because most parents are uncertain what their costs are going to be in the process of raising a child or children.