Thirty-seven percent of Millionaires claim luck played some role in their wealth creation, but it is way behind:

Luck is one thing, but what about the benefit of being born to the family you are in?  Thirty-seven percent of Millionaires say that luck played a role in their financial status while 30 percent claim inheritance was partly responsible. 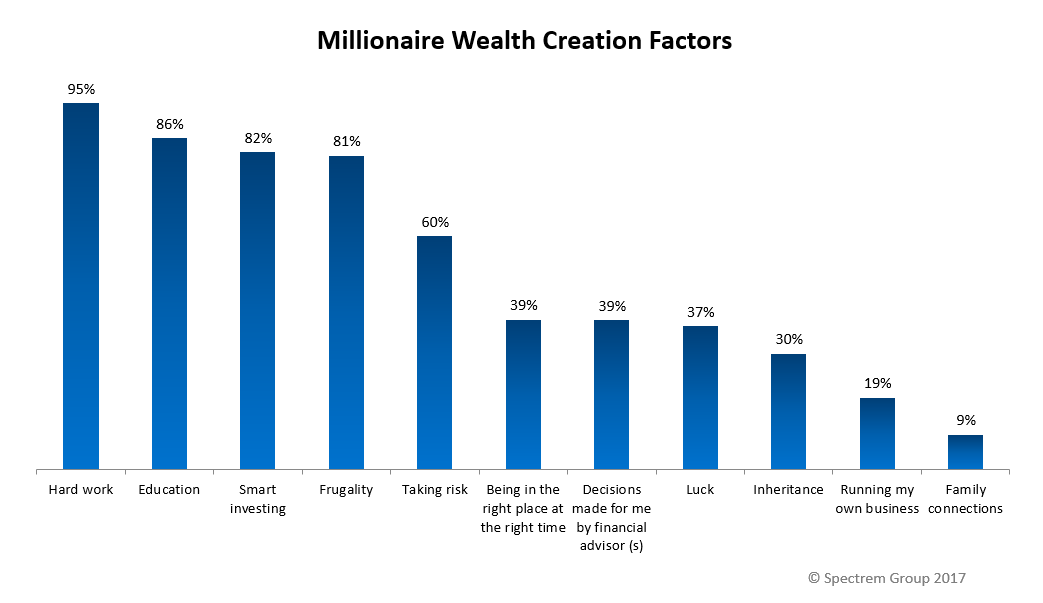