While The Economy Booms, Investors Stand Back 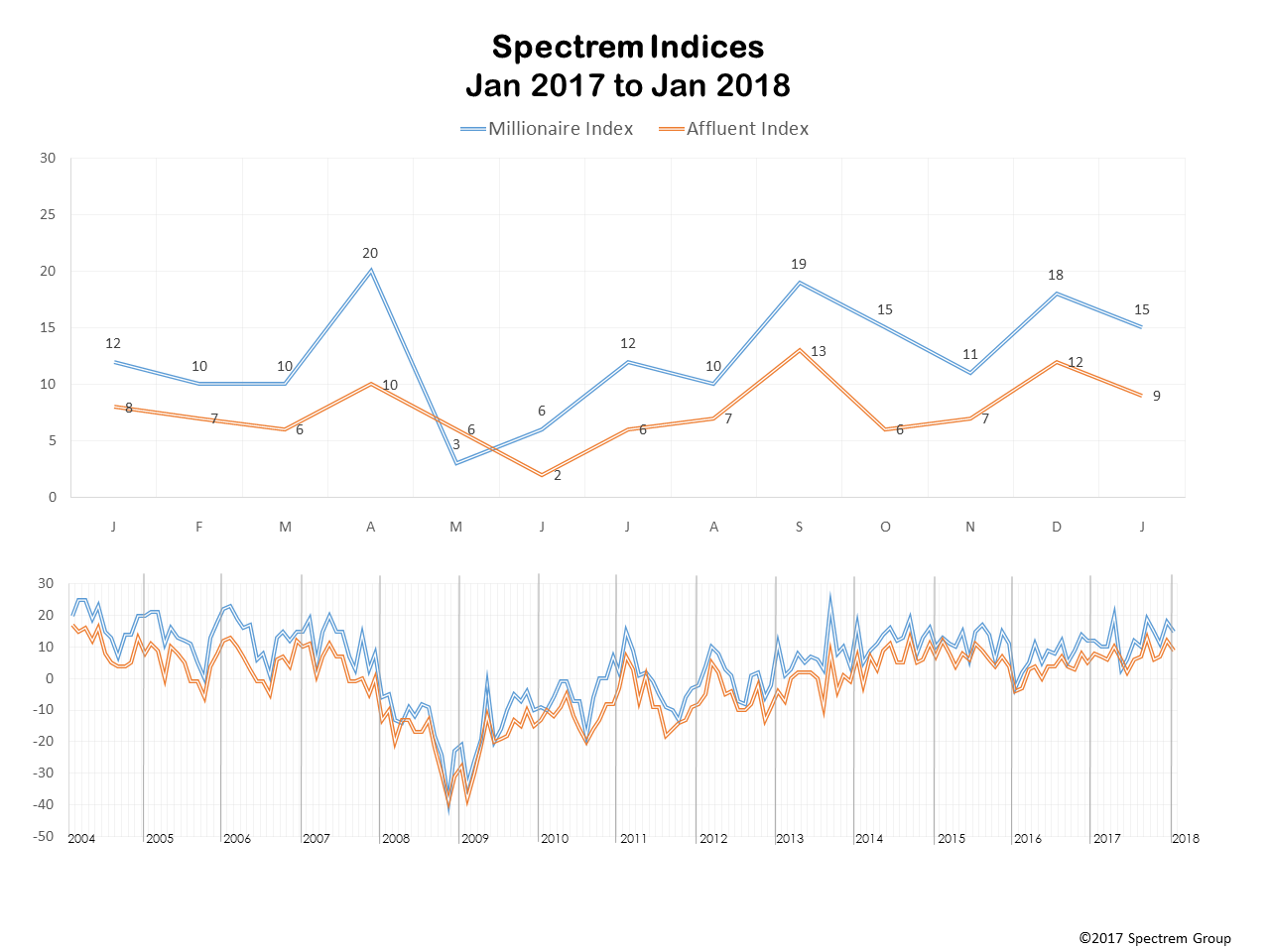 There is no denying the American markets are booming.

Spectrem’s Household Outlook, a component of its monthly Investor Confidence Index, recorded the highest numbers in the last 13 years, spurred by record jumps in investors’ opinions about the American economy.

At the same time, the two indices of investor confidence recorded slight downturns, as investors weigh whether to continue to stay onboard the climbing market.

The monthly SAICI tracks changes in investment sentiment among the 17 million households in America with more than $500,000 of investable assets. The SMICI reflects the investment sentiment of households with more than $1 million in investable assets. The January fielding was conducted from Jan. 12-19, 2018, while the nation came to the end of one month of severe cold weather.

For non-Millionaires, those not investing bounced more than 5 points to 43.3 percent. In December, the “Not Investing’’ percentage for non-Millionaires was below 40 percent for the first time since March of 2017, so a correction might have been in order in January.

Among all investors, those not investing more in the coming month rose to 36.4 percent, the highest percentage since July of 2017.

While investing intentions dropped in January among affluent investors, the Spectrem Household Outlook reached its highest mark since Jan.-Feb. of 2005. The Outlook, a monthly measure of the long-term confidence among investors in four financial factors which impact a household’s daily life, jumped from 28.50 to 39.60, marking the first time in 13 years it has been over 31.0. The Outlook for Millionaires (43.29) and for non-Millionaires (36.61) were both 13-year records as well.

Among the four components creating the overall Outlook, both Millionaires and non-Millionaires recorded increases in Household Assets, Company Health and the Economy. Non-Millionaires jumped their Outlook on the Economy from 7.63 to 38.58, its highest mark since January of 2011.