After hitting a low of -42.5 in June, investors Economic Outlook, as measured by Spectrem’s Affluent and Millionaire Confidence Indices (SAICI and SMICI) has returned to a positive number as of the fall of 2020.  The Economic Outlook for wealthy investors was 2.4. The most recent ratings of overall investment and economic attitudes for Affluent investors of 2 and 6 for Millionaire investors shows a moderate improvement after the dismal ratings received in the summer.

Spectrem Group has been interviewing Affluent and Millionaire investors regularly since 2004.   Generally more than 1000 investors with more than $500,000 of investable assets are interviewed with more than half of the investors having more than $1 million of assets.  The indices are based upon answers regarding multiple topics including their own household assets, income, economic outlook and the health of the companies they may own or for which they work.  The research has been reflective of the markets and investors attitudes since its inception.

The chart below reflects the volatile economic results of 2020.  Based upon Spectrem’s historical findings, Millionaires are generally more positive than Affluent investors.   Not surprisingly, after starting off on a positive basis, a rating of 8 for the Affluent and 15 for Millonaires, the indices fell to -12 and -8 respectively.  An important component of the Index to watch is the attitude towards the Economy.  After starting 2020 at 9.2, attitudes towards the economy fell to -42.8 in April, one of the lowest ratings since the inception of the Indices. 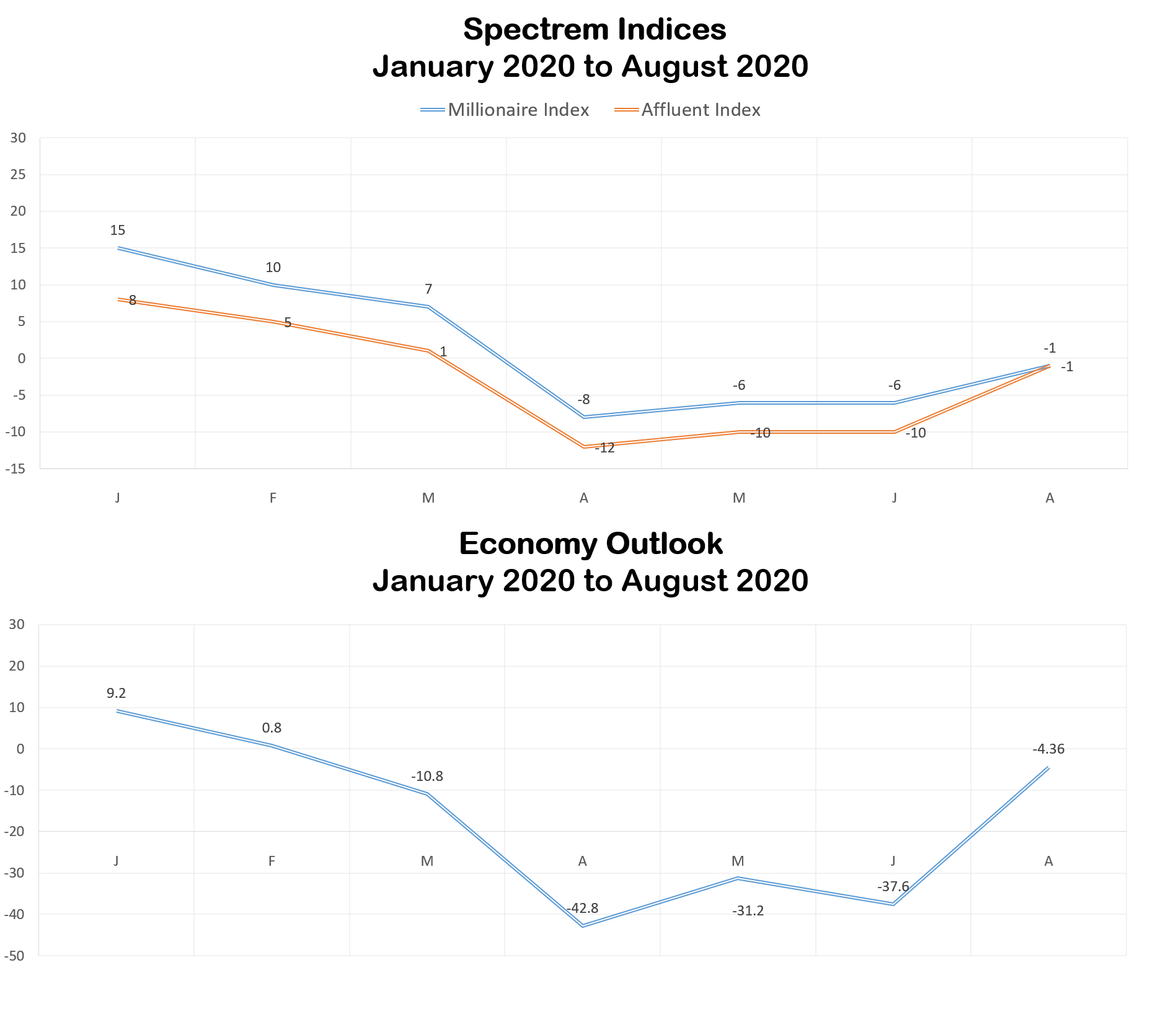 Dependent upon the outcome of the election, the containment of the pandemic and multiple other factors, the economic outlook remains uncertain.  Wealthy investors are not overwhelmingly positive but they have a neutral attitude.  It will be important to watch how these attitudes change as 2020 progresses and moves past this time of uncertainty.