Many people fantasize about what they would do if they won the lottery.  Pay off mortgages, buy fancy cars, take exotic vacations, gift money to family or friends, or a variety of other things.  What about just looking at a smaller amount of money.  What would you do with $100,000?  Would you work with a financial professional?  What types of investments would you select?  Would you invest the money at all? 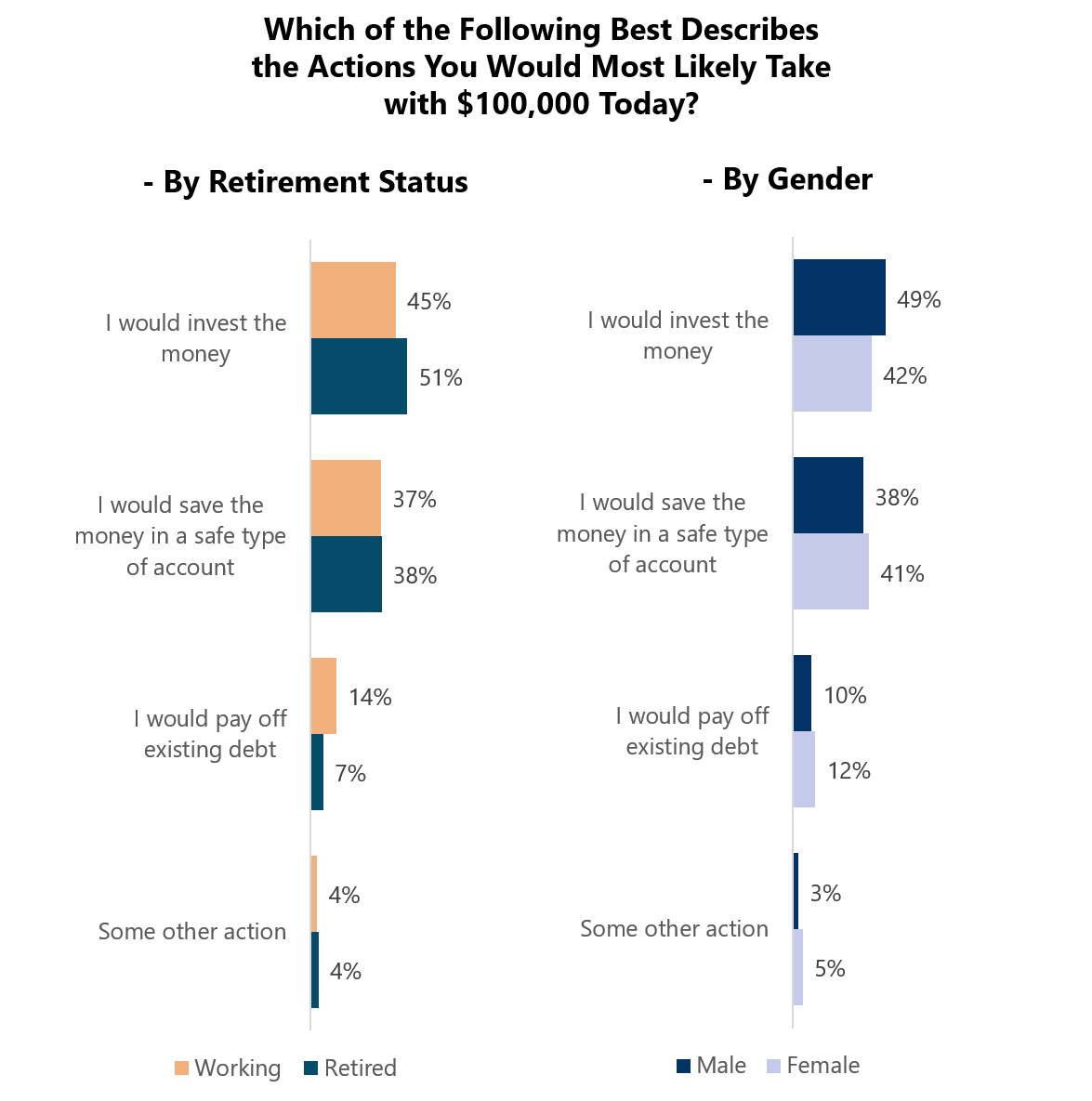 With many platforms and services being available for wealthy investors to manage their own investments, how likely is it that they will be utilizing a financial advisor to assist them in making investment decisions with the $100,000?  Just over a quarter (28%) would have an advisor make the investment decisions for them.  Thirty-seven percent would consult with an advisor but ultimately make their own decision, while 35 percent would make a decision on their own without consulting with an advisor. 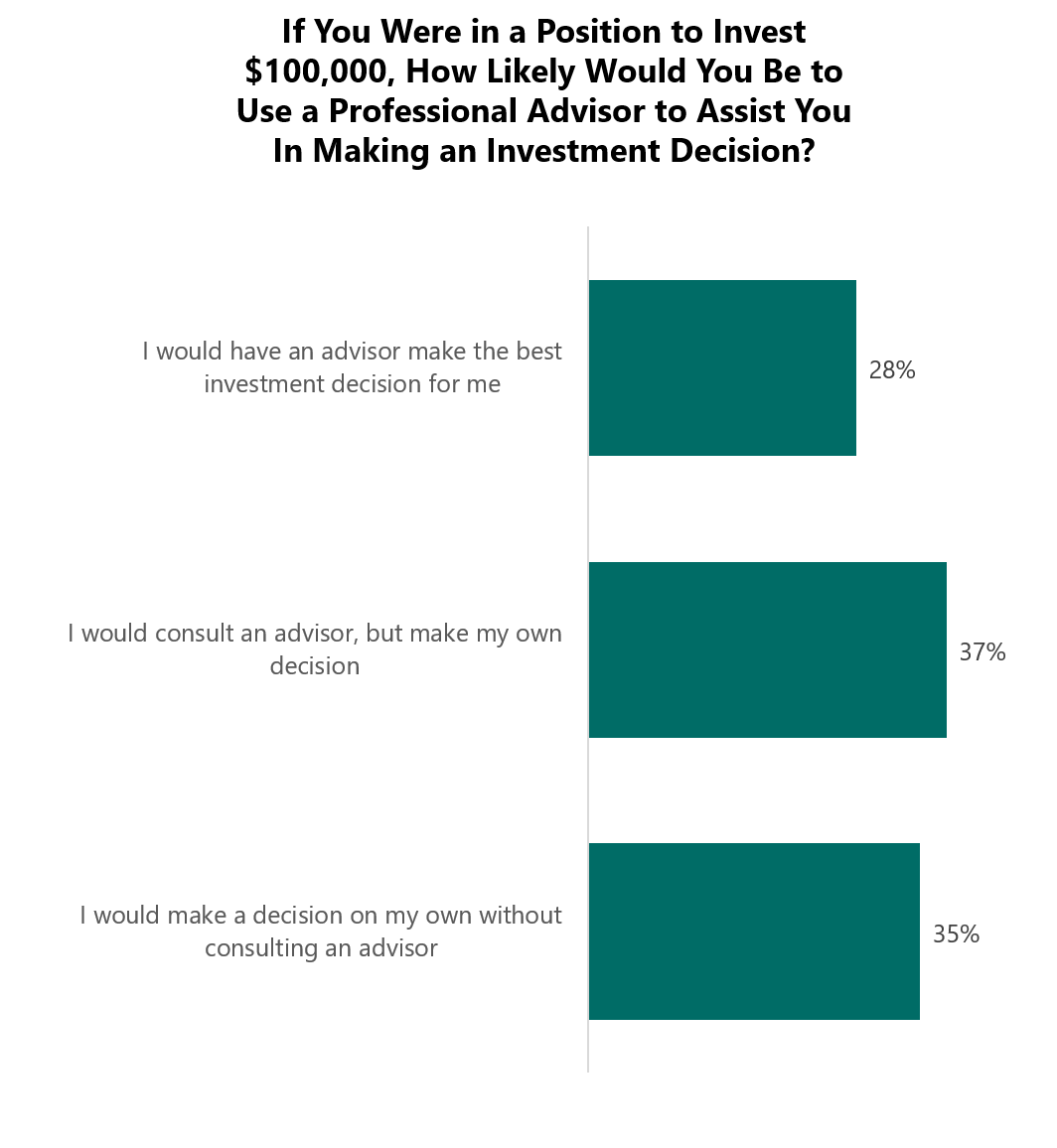 Hypothesizing what one would do with unexpected money can be fun, while also providing interesting insights regarding an investors overall attitude towards the stock market and working with a financial professional.  What would you do with $100,000?