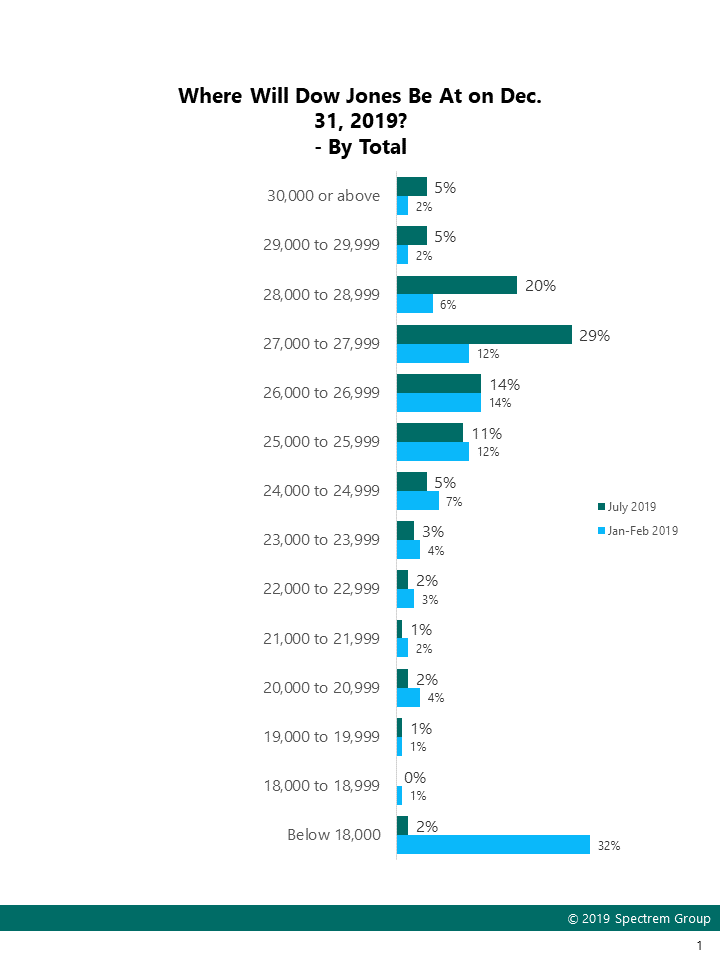 That day, Spectrem asked investors to predict how the Dow Jones would finish the calendar year 2019.

The same question was asked of investors in mid-February, around the time the DJIA closed at 26,000 on Feb. 22. The investors did not know that five months later the index would reach 27,000; while many of them did, it was not as popular a prediction as the move from 27,000 to 28,000.

In mid-November, the S&P 500 and NASDAQ both reached record highs. In fact, on every business day in the month of November through the middle of the month, one of the three major stock indices reached a record-high closing number.