Does having money lead to greater happiness?  This is the age-old question contemplated by philosophers and chided by our mothers who told us otherwise.  But what do people with great wealth believe?  Does having greater wealth lead to happiness? 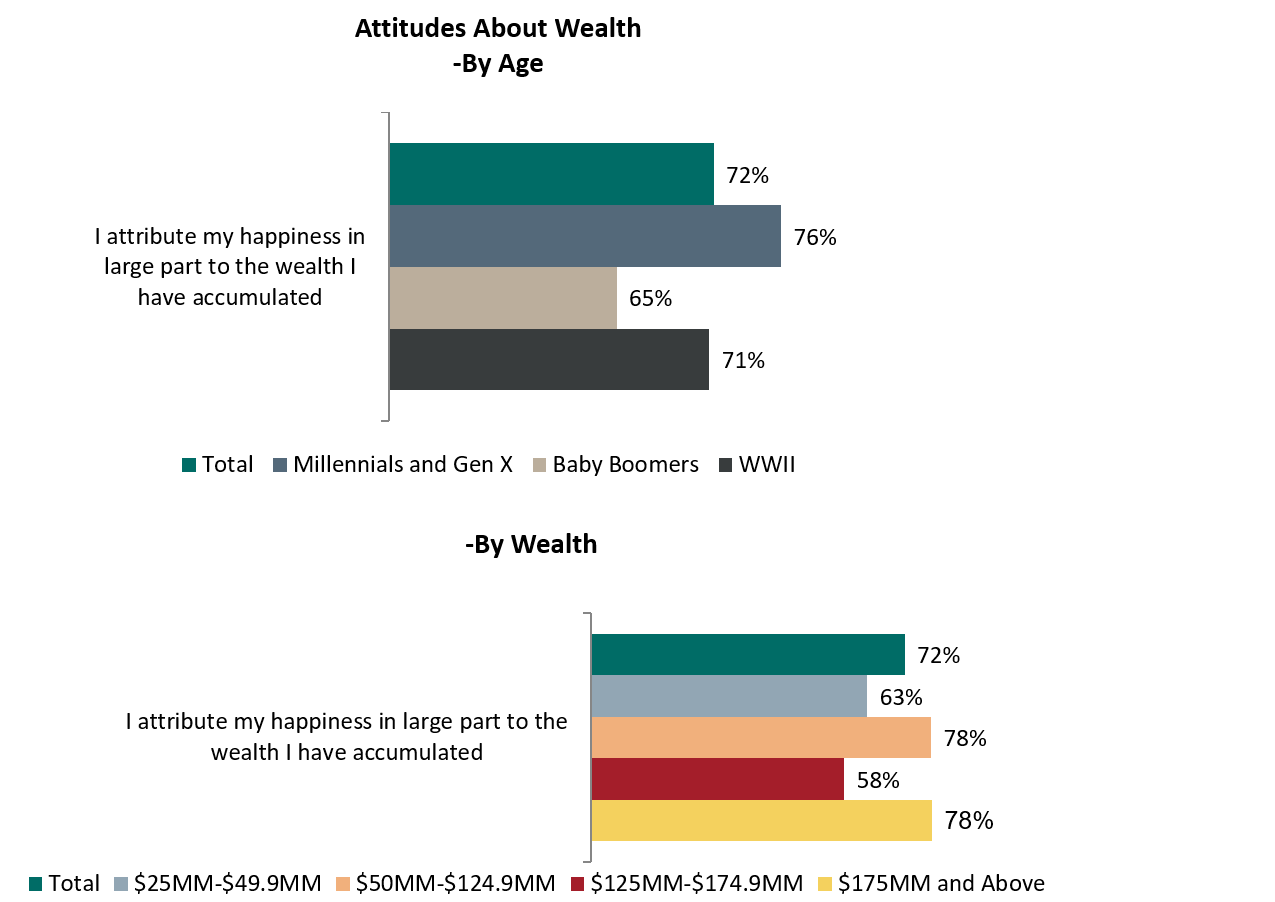 Note, however, that no group had 100% of individuals that attributed their happiness to their wealth…. meaning your mother was right….other things attribute to happiness as well.  But it seems that wealth may make it easier to be happy.