Do Wealthy Investors Have a Pessimistic View of the Future? 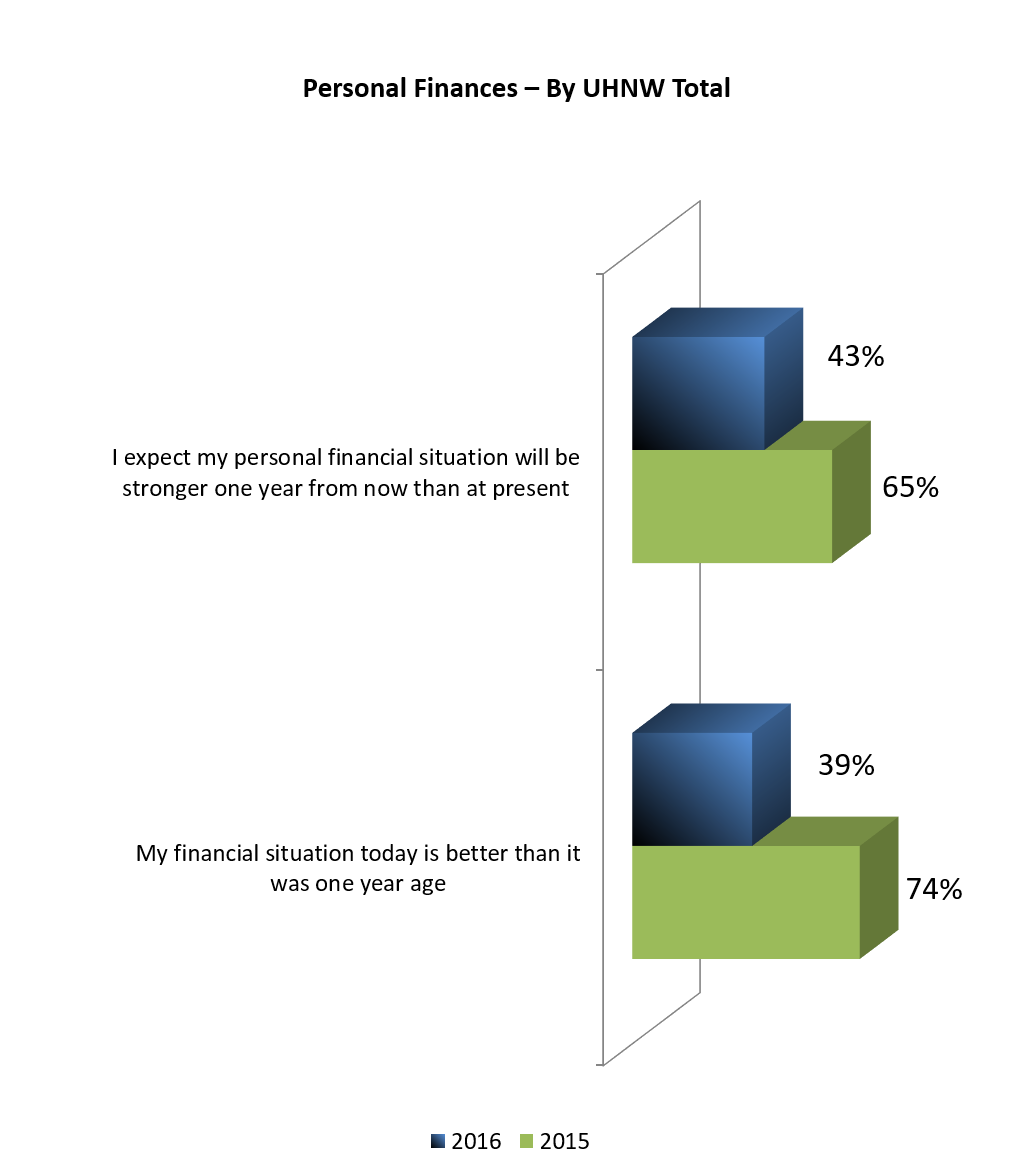 When the wealthiest Americans have a dismal view of the future, it’s worth noting.

According to our latest wealth segmentation series study, Financial Behaviors and the Investor’s Mindset, less than half of Ultra High Net Worth investors (those with a net worth between $5 million and $25 million) think their financial situation will be better in the coming year. Even fewer believe their situation is better now than it was a year ago.

In fact, as wealth increases, an investor’s attitude toward both the recent past and the near future are worse.

“The report examines how investors view their own investing plans and habits, as well as their personal concerns and attitudes that affect their own financial futures,’’ said Spectrem president George H. Walper Jr. “But it is revealing to see that even the wealthiest investors question how the future will play out for their portfolios.”

Among UHNW investors, 39 percent believe their financial situation is better now than it was one year ago. Among Millionaire investors (with a net worth between $1 million and $5 million), 41 percent believe there has been an improvement in their financial situation, and among Mass Affluent investors (with a net worth between $100,000 and $1 million), 44 percent have seen an improvement.

It is possible that the topsy-turvy stock market influences the mindset of the wealthier investor more than it does those with less wealth and less funds tied to stock market performance. The political races aimed at determining the next president are also very likely to have an effect upon the attitudes of all investors.

As for the future, only 43 percent of UHNW investors see things improving for their finances over the next 12 months. That percentage increases to 45 percent among Millionaires and 51 percent among Mass Affluent investors.

The overall perception of both the past and the future has dropped among UHNW investors. Asked the same questions one year ago, 74 percent of UHNW investors said their situation improved in the previous year and 65 percent said it would improve again in the year to come.

Younger investors have a more positive outlook. Among UHNW investors, Millennials and Gen X investors report a far brighter attitude toward both the past and the future, with 61 percent saying their financial situation is better now than it was a year ago and 67 percent of them saying next year will be better.

Investors were also surveyed on what aspect of their finances is most likely to “provide a significant boost to their current wealth position”. More than 60 percent of UHNW investors anticipate better returns from their investments in the coming year, by far the most popular answer to the question.