Do Millionaires Worry About Running Out of Money In Retirement? 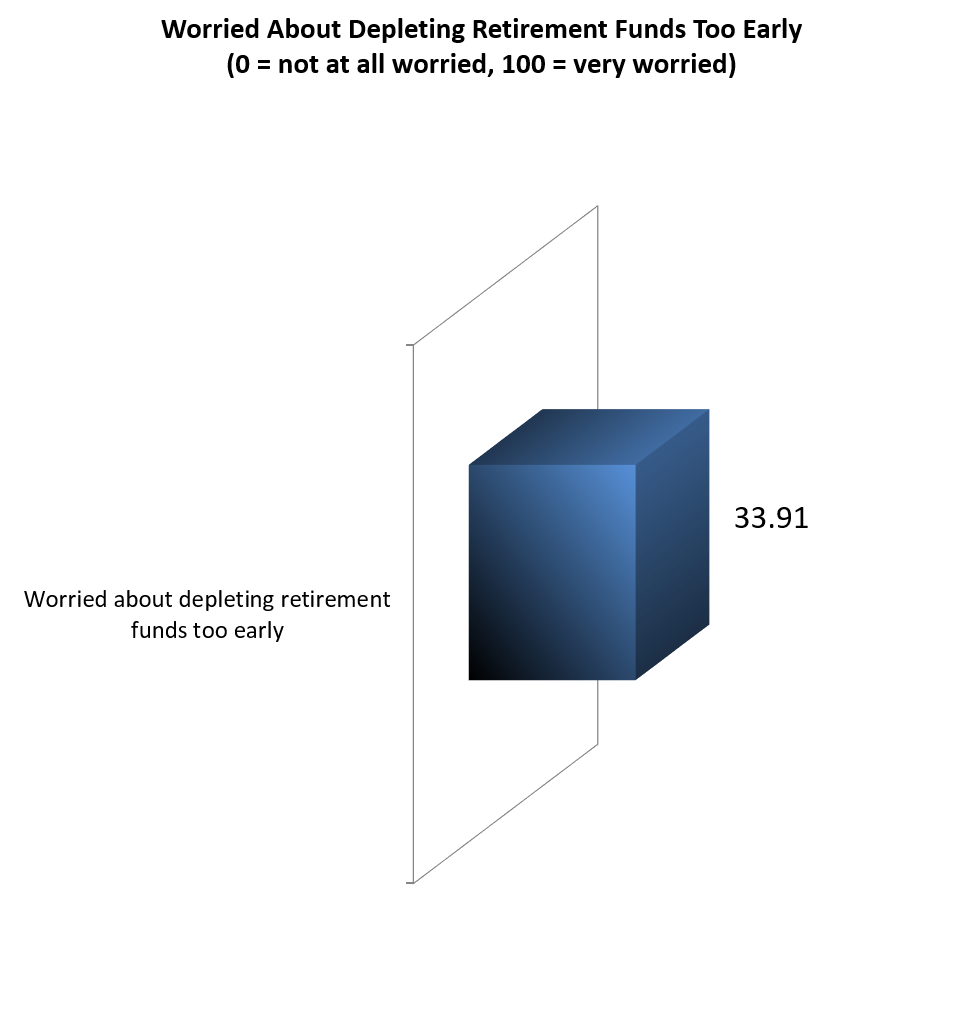 It is possible to be a millionaire, even a multi-millionaire, and still have worries concerning retirement funds and how your finances will affect your plans for the future.

The concern over having sufficient retirement funds is one of the great worries of in American society today. There are millions of Americans who find it hard to contemplate retirement because they do not know if they will have enough money to live on depending on Social Security payments and a meager savings account.

But Millionaire investors have at least seven figures worth of net worth. Still, there is concern among those affluent investors that their retirement funds will run out before they are done living.

Our newest wealth segmentation series study Financial Behaviors and the Investor’s Mindset asks Millionaire investors about their retirement fund concerns. Their answers are revealing, especially in view of the level of assets they currently have.

“Retirement assets can come from a variety of sources, and Millionaire investors often have funds in investments that are dependent upon the American economy,’’ said Spectrem president George H. Walper Jr. “Investors express concerns over the many aspects of life that can deplete funds, including healthcare costs and taxes, but some of them are also dependent on the return on investment they receive in future years.”

The investors were asked to place their concern over depleting retirement funds on a 0-to-100 scale, with “0” indicating “not at all worried” and “100” indicating “very worried”. Among Millionaires, the concern level marked at 33.91. That number fits well between the 47.60 rating by Mass Affluent investors and the 24.25 score from UHNW investors.

“Retirement” means different things to different people, and investors of different wealth levels will live according to their available assets. But Millionaires expressed concern about how their retirement plans will suffer due to depleting funds.

For most people, the concept of retirement includes the natural event of aging, and with aging comes health concerns. Asked to explain why they are concerned about depleting their retirement funds early, 69 percent of Millionaires said it was because of health care costs.

After health care cost concerns, 44 percent of Millionaires believed taxes would deplete their retirement funds. Although there are protections against taxes for older Americans in some savings vehicles, profits taken on many investments are taxed throughout an American’s lifetime. Amid the current political battle over the next President of the United States, some candidates are suggesting an increase in tax rates that could affect retirement funds as well.

Thirty-one percent of Millionaires blame too much spending on their retirement fund potential.