Do Millennials Plan For Retirement? 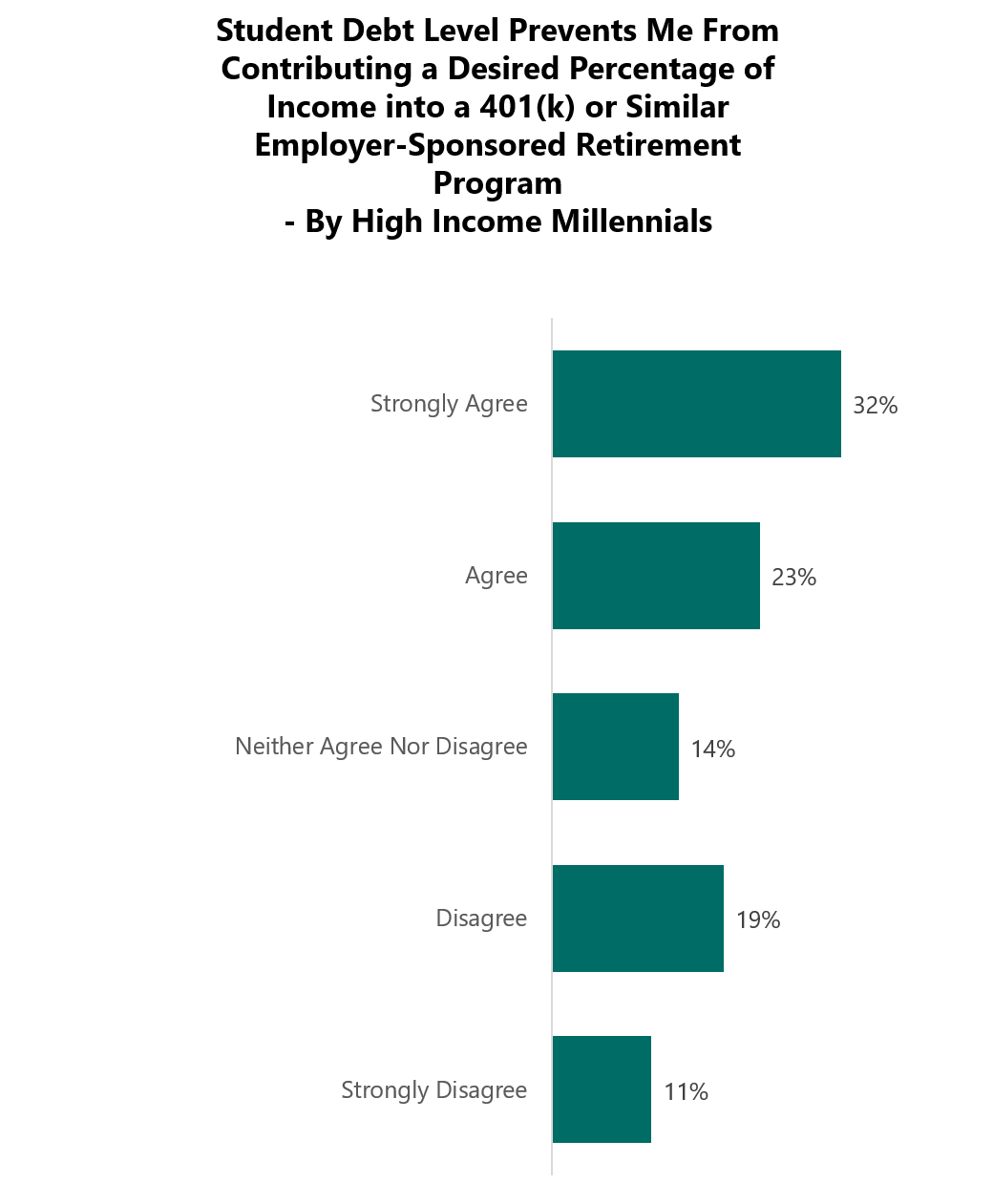 Millennials have now reached the stage where they might begin to have thoughts about their eventual retirement.

People from the generations prior to the Millennials need to be reminded from time to time that some Millennials are now approaching 40 years of age. Most generational observers believe the Millennials generation started in 1980, and those kids born that year will turn 40 in 2020. The youngest Millennials, according to most of those same observers, were born in 1995, which means they will be 25 next year.

Those ages all define adults, and adults are inclined to occasionally ponder retirement. Some Millennials are doing so in their dealings with financial advisors.

Leading the way in providing new information for financial advisors, Spectrem created its new study High Income Millennials, looking at the choices being made by that generation that has reached the stage of major economic and investment influence. Instead of looking at Millennials with high levels of net worth, the study instead looked at those Millennials making six figure-incomes, noting frequently in the report that their income is impacted by the exploding level of college debt reported among that generation.

And, as it relates to retirement, it is that college debt that often stands in the way of Millennials as they try to prepare themselves financially for retirement.

According to High Income Millennials, 66 percent of those with an annual income of at least $100,000 (or those in a two-income household which brings in $150,000 annually) have education-related debt. That’s two thirds of an entire generation dealing with this issue.

The follow-up question that dominates the conversation regarding retirement planning for Millennials is whether education debt levels prevent them from making the retirement funding plans they would otherwise pursue. For Millennials, such plans come in the form of contributions to an employee-sponsored retirement program or some form of 401(k) account.

Of the Millennials who reported having education-related debt, 32 percent said they “strongly agree’’ with the statement that they do not contribute their desired percentage of income into retirement programs due to their debt levels. Add to that the 23 percent of those Millennials who say they “agree’’ with the statement, and you have more than half of all Millennials who are making good money but who are prevented from preparing themselves financially for retirement the way they want because of their education-related debt.

Advisors need to determine the extent of the impact of student-related debt on the Millennials with whom they work. If that debt is preventing retirement income planning, advisors can work with accountants and others to determine how best to allocate the Millennia’s income in such a way that they can improve their financial lot by both reducing their student debt AND contributing to a retirement program.