Despite Record Highs, Investors Pull Back 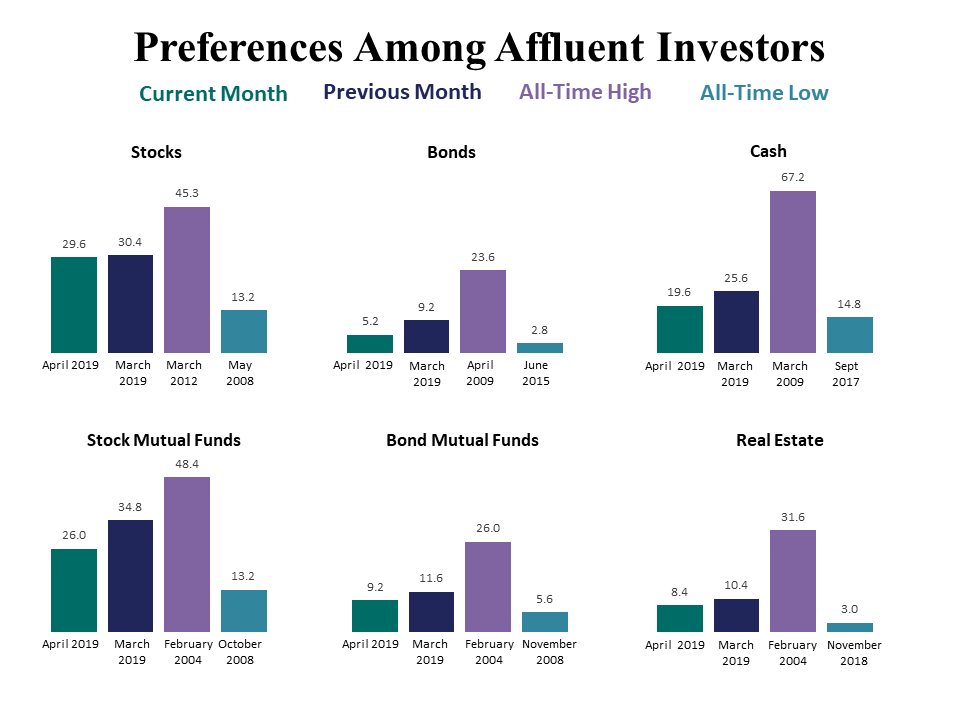 Something is preventing wealthy investors from expressing enthusiasm about the state of the stock market, which was rollicking through the end of April.

The expression of investing interest in Spectrem’s Investor Confidence Indices did not match the optimistic nature of the stock market overall, which saw record high closing numbers for both the NASDAQ and the S&P 500 on April 23. While the Spectrem Confidence indices were filed prior to that close, the numbers in those two market registers were inching toward the record highs throughout the month.

Both Millionaires and non-Millionaires showed less interest in investing in April, and in some cases the percentages are demonstrable. While there were drops in individual components of investing, such as stock and individual bond investing, there was also a notable increase in those Not Investing defined as investors who do not plan to put more money into their investments for the coming month.