The Declining Impact of Hard Work 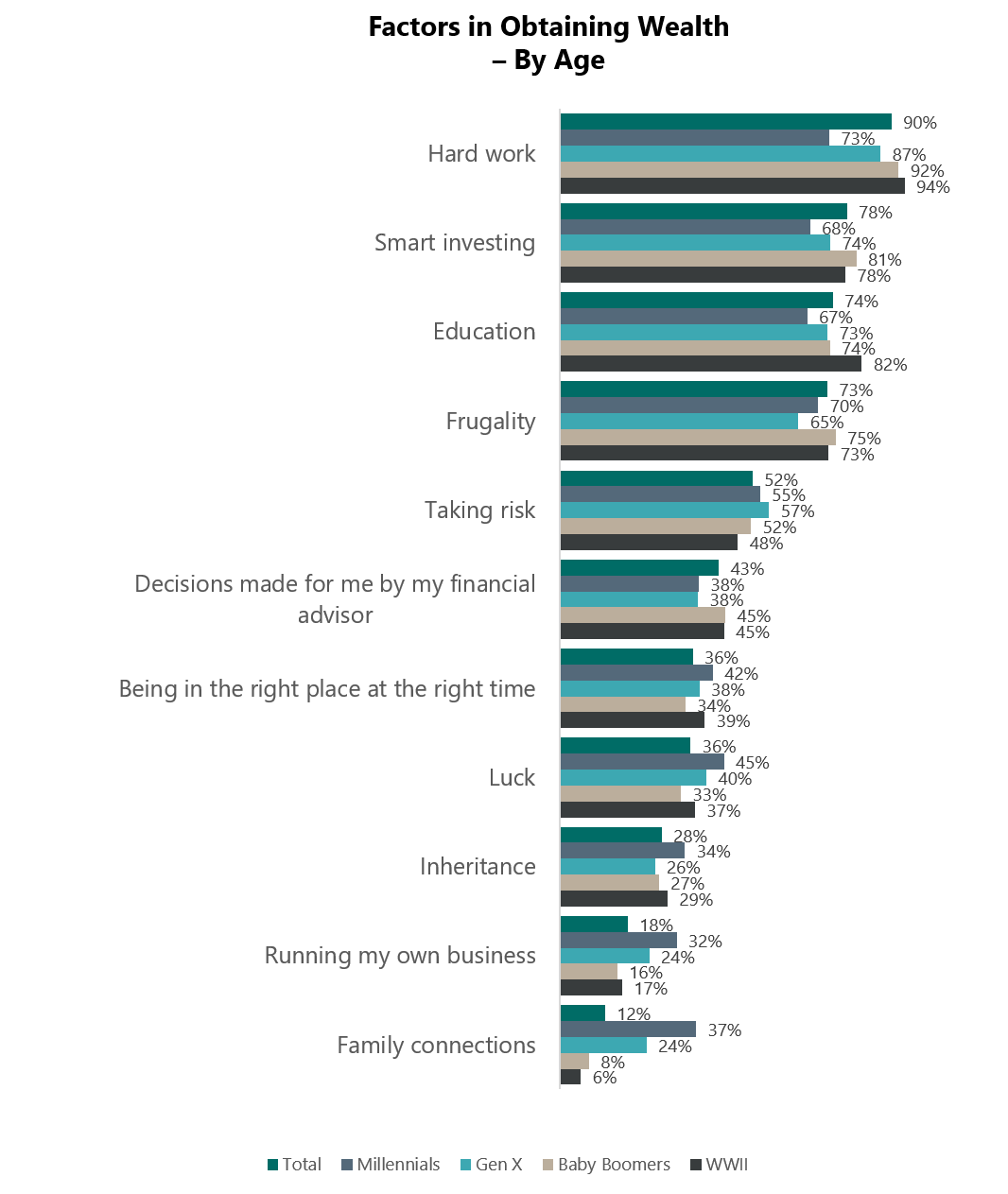 American children are almost all taught the lesson that hard work leads to success, and for most affluent investors in the country, hard work played a role in their current financial success. Education is also given maximum credit by most investors, and they also often point to their investing decisions, whether they did them on their own or had the help of an advisor.

But a study by Spectrem Group indicates that hard work may not be the necessary ingredient to success it was always thought to be.

As part of its annual report Evolving Investor Attitudes and Behaviors, Spectrem asks research participants to list all of the factors that led to their current wealth creation. Among the factors stated above, frugality, taking risks and luck are also considered, along with about half a dozen other choices.

“Hard work” has always led the field, and in 2009, 95 percent of all investors admitted hard work played a role in where they were financially.

Last year, that percentage dropped to 92 percent, and it was discovered that Millennials were less likely to point to “hard work’’ as one of the defining factors in their wealth creation. Then, in the 2020 study, that percentage fell to 90 percent, still well above the 78 percent who chose “smart investing” as one of their wealth creation factors.

To be fair, the Millennials were less likely to answer in the affirmative on any of the categories of choices given to them. Seventy percent listed “frugality” as a factor, 68 percent chose “smart investing” and only 67 percent listed “education’’ as a wealth creation factor.

Another difference between the 2009 and 2020 study is that education is no longer the No. 2 choice among affluent investors as a wealth creation factor. Frugality (78 percent) has passed “education” (74 percent), as the selection of “education’’ has dropped since 2009 from 84 percent to 74 percent.