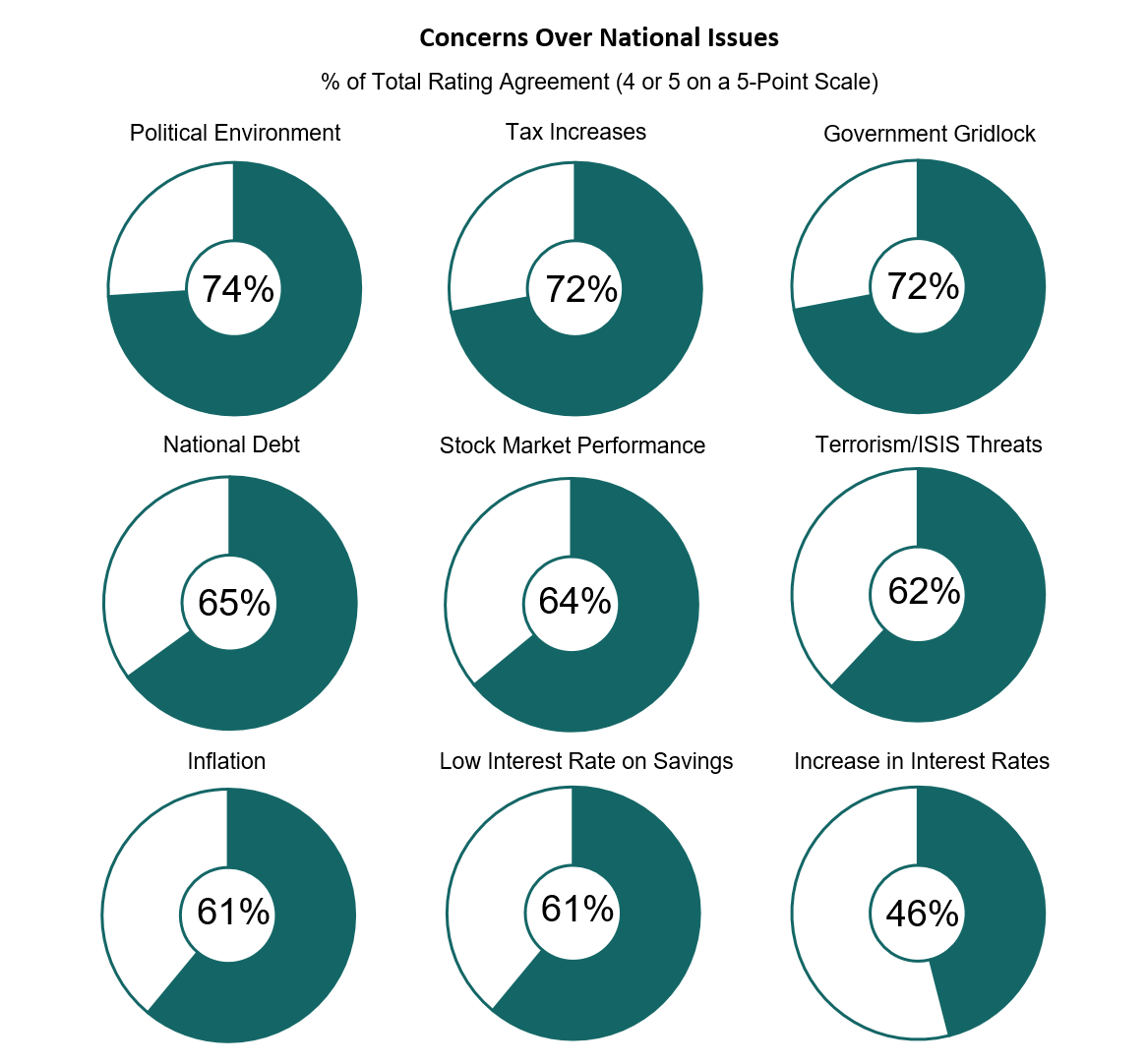 On a national scale, there are enough problems on both a societal and financial platform that an alert American can spend all of their time worried about something.

Plan participants have their own financial concerns, but when it comes to the national stage, their concerns range from matters of politics to financial matters that could end up affecting their own bottom line.

Our latest defined contribution market report Financial Behavior’s and the Participant’s Mindset looks at what plan participants think in regards to the national issues of the day that are playing out across the country.

“Whether the problem exists in Congress, on Wall Street or in the Middle East, plan participants are thinking about them and express their concern,’’ said Spectrem president George H. Walper Jr. “Our study results indicate the concern is widespread and encompasses all of the areas we asked them about.”

(In general, the lower the plan balance, the lower the concern, although there are instances in which participants with low balances have greater concern, such as with the low interest rates on savings.)

The older the plan participant, the higher their concern over the political environment, reaching 88 percent of World War II-era participants.

The next highest concern (72 percent) was registered over government gridlock and tax increases. Tax increases were a higher concern for older participants until they reached the World War II era (age 71 and older). Females had a higher level of concern over tax increases than men did (76 percent to 66 percent).

The issue with the lowest rate of concern was an increase in interest rates (46 percent). Females express this concern much more than men (51 percent to 39 percent) and there is a steep dropoff as plan balances increase (from 51 percent to 35 percent).