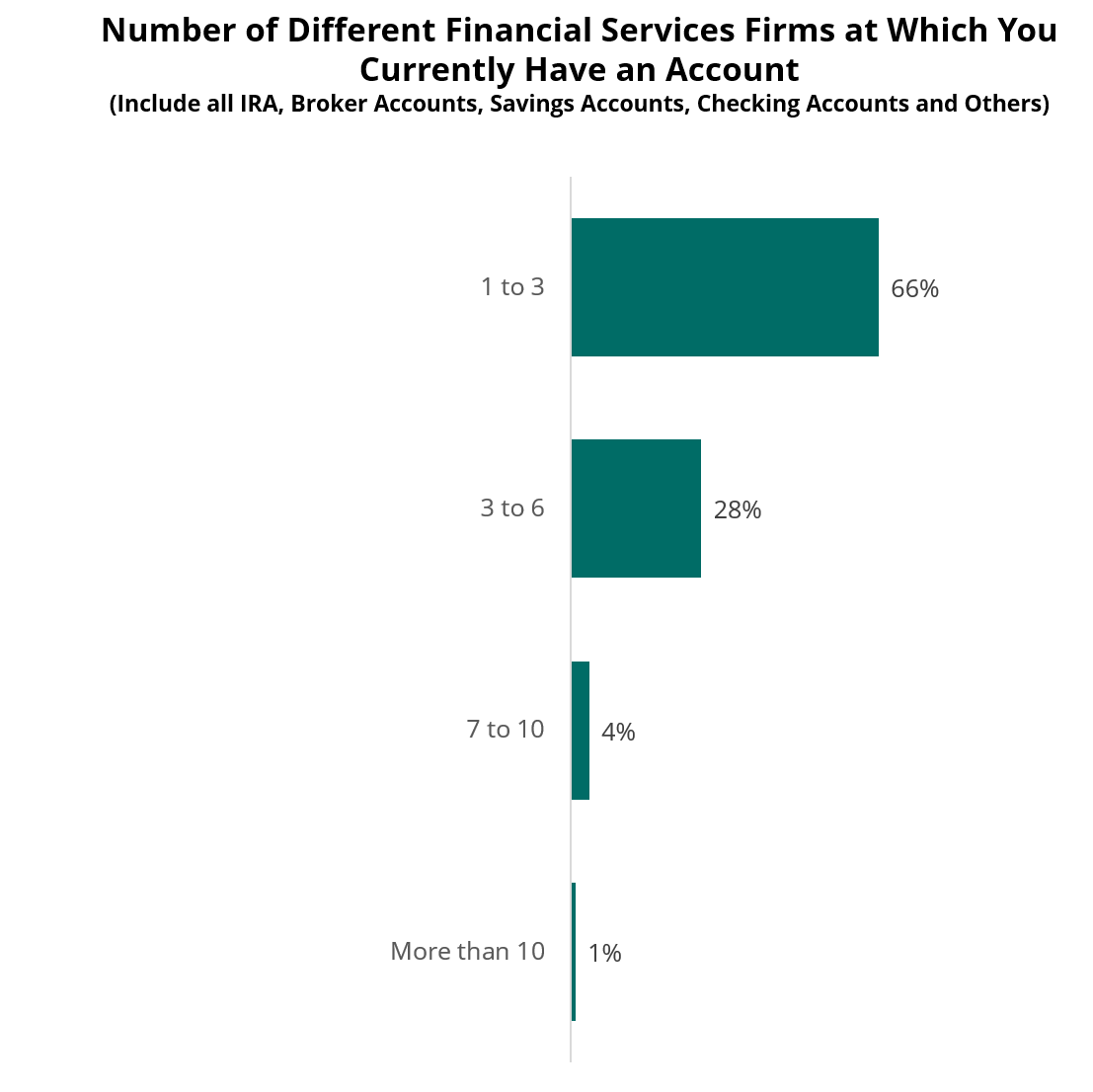 As part of Spectrem’s monthly survey of investors, it asks questions about topics that are outside the usual matters of investor attitudes and behaviors. Recently, more than 800 investors were asked how many financial providers they work with, and why those working with multiple providers don’t consolidate their accounts to one firm.

Among all of the investors surveyed, 66 percent limit themselves to no more than three providers, and that can include a bank, a firm for their 401(k) or retirement accounts, and a firm for a managed investment account. With all of the financial matters the average affluent investor deals with, it is not surprising that two-thirds of investors work with up to three different providers.

Of those who have accounts with at least three firms, 76 percent said there is an appeal to having accounts spread out among multiple providers. It is certainly one way to compare services and performance, especially among providers working on investment strategies. It does, however, complicate a client’s perspective in regard to whether they are maximizing their returns, since they are getting different and perhaps contradictory advice from multiple firms.

The investors taking the survey were segmented by their knowledge level in matters of finance and investing, and those who consider themselves to be very knowledgeable were slightly more likely to have accounts with multiple firms. Forty percent reported having accounts with more than three firms.

There was also a large difference in number of accounts based on the age of the investor, and it may go the way you think it might. Almost half of Millennials report having accounts with at least four providers, compared to only 31 percent of Gen Xers and Baby Boomers. That diversification may indicate the ease of creating accounts in a digital world, but also shows Millennials are searching for the best services among providers.

It is also noteworthy that 24 percent of Millennials said consolidating accounts is too difficult to accomplish.