Confidence And Enthusiasm Fall Among Investors 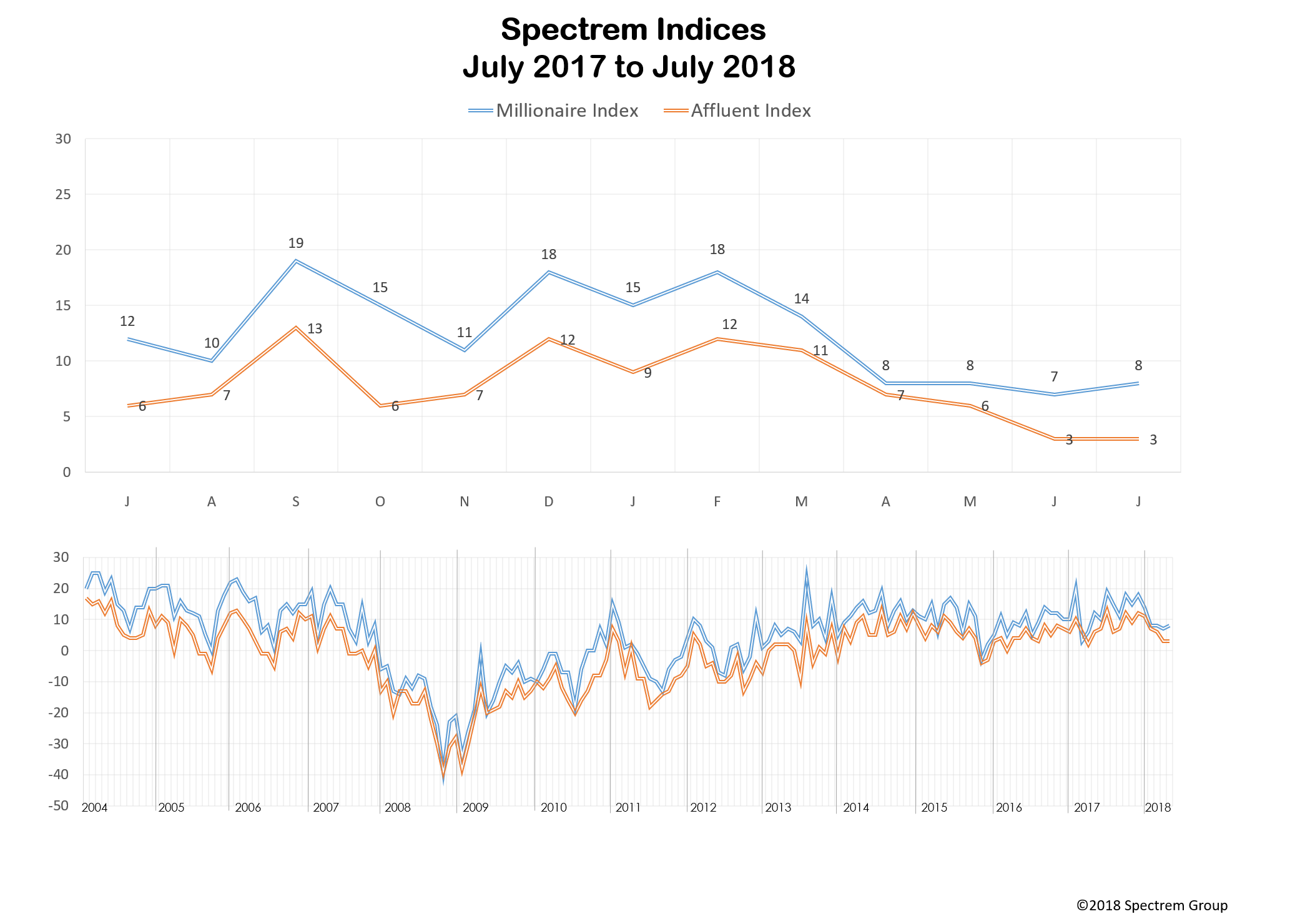 The Spectrem Household Outlook, a measure of the long-term confidence among investors in four financial factors which impact a household’s’ daily life, fell to 22.90, the lowest Outlook since June of 2017. There were corresponding decreases in the Outlook for Household Assets, Company Health and the Economy among all investors, and the decrease in the Outlook for the Economy among Millionaires was sizable, down to 12.70, the lowest level since November.

The summer months are historically a slow period for investing in America, but the American government continues to toy with the global economy due to tariff threats, followed by tariff removals, with constant negotiations going on between countries. At the same time, the major indicators seem to show the American economy is still thriving in its post-recession recovery, and the end result is nothing but true uncertainty.

As a result, investors surveyed for the Spectrem Investor Confidence Indices display caution, and the indices show little or no movement up or down.

The uncertainty in confidence levels overall is reflected in the shades of movement among specific categories in the index. Investing among all investors dropped for Stocks, Bonds and Cash and even were flat for Stock Mutual Funds. Among Millionaires, Stock Investing rose less than 1 percent, Stock Mutual Fund investing was identical to the month before, Bond and Bond Mutual Fund investing was down, and the only noticeable increase was in Cash investing, up to 28.6 percent of Millionaires.

The only index segment that saw an increase among non-Millionaires was for Individual Bonds, but that rose to just 5.7 percent of investors.

The Confidence Index also identifies those investors who have no plans to increase investing in the coming months, and both Millionaires and non-Millionaires were steady in that category, 30.2 percent and 47.6 percent, respectively.