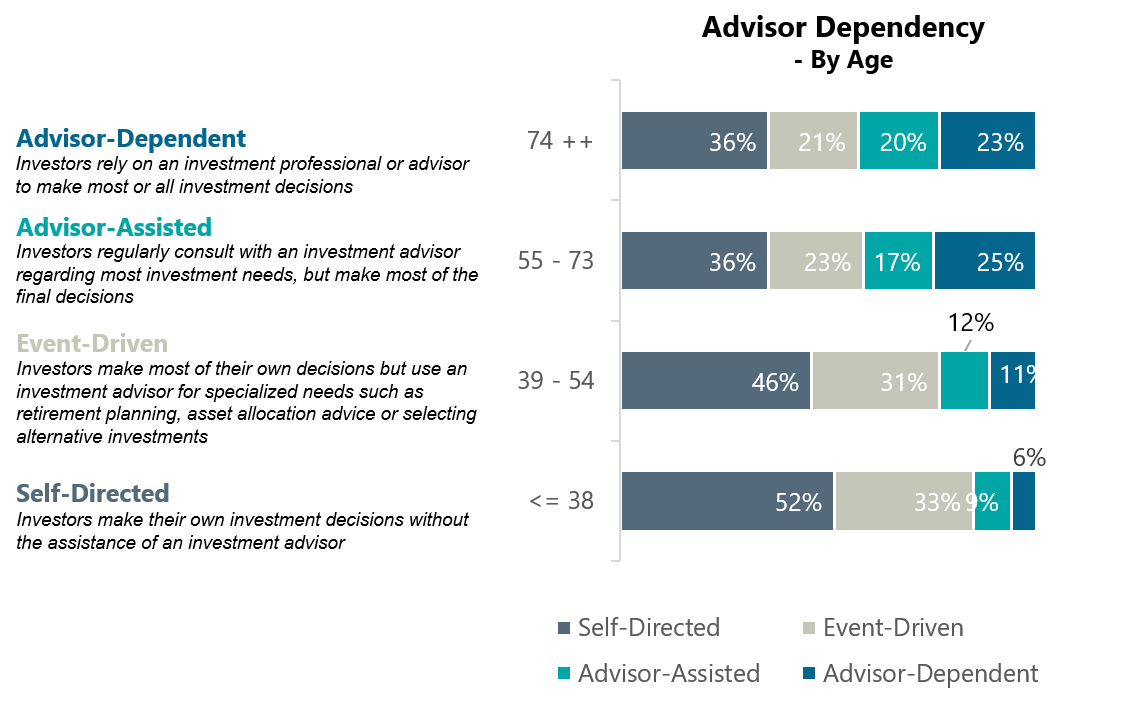 Everyone who uses an advisor has a unique degree of dependency upon that financial professional.

But Spectrem research shows there is a changing dynamic toward the dependency on a financial advisor.

In its annual research into advisor usage among affluent investors, Spectrem’s 2020 study Evolving Investor Attitudes and Behaviors found that the percentage of investors who are Advisor-Dependent, meaning they allow their advisor to make almost all decisions around investment strategies, was at 21 percent of all investors. That is a notable increase from the 13 percent who were Advisor-Dependent in 2009. The trend toward heavy advisor dependency has slowly increased over those 11 years.

At the same time, those who are Self-Directed investors, who use financial advisors minimally if at all, has also increased, up to 39 percent in 2020 from 32 percent in 2009.

That response is an unusual one; either investors are going all in with their advisor, or they are avoiding advisor use all together. Only 41 percent now sit in the middle section, either Advisor-Assisted (using an advisor to provide guidance on all investments but making their own decisions) or Event-Driven (using an advisor for special purposes such as retirement planning or education funding plans). In 2009, 55 percent were in those two middle segments of advisor dependency.

For advisors, Millennials are a target to alter their use of financial professionals. As their personal finances get more complicated with children and college planning and the closer thought of retirement, their use of financial advisors is likely to change. Providing an opportunity to consider the benefits of advisor usage is a way to entice Millennials to accept such services.