Caution Thrown To The Wind 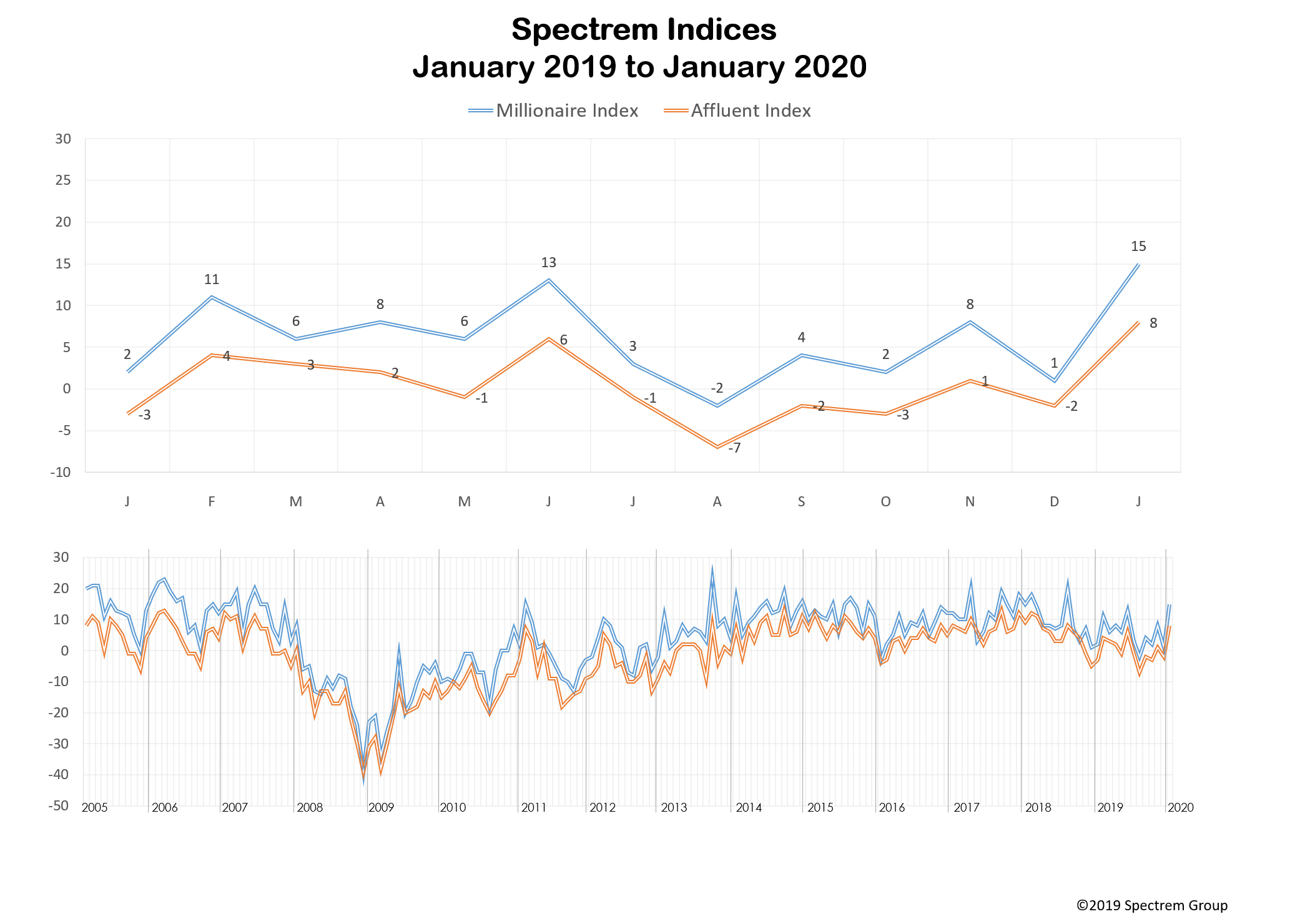 Metaphorically speaking, investors in January chose to jump into the escalating stock market with both feet.

After months of expressing caution despite the rising stock market numbers, investors in January decided to take advantage of the positive environment for investing in a big way. According to the Spectrem Investor Confidence Indices, investors in January decided to throw caution to the wind and add to their allotments in equities to take advantage of the rising market numbers.

The Spectrem Investor Confidence indices indicate how investors feel about the direction of the stock market and other investment options, and in January of 2020, investors reported a seldom-seen level of euphoria. In both individual stock and stock mutual fund investing, investors with $1 million or more of investable assets reported intentions to increase investing in equity products and move away from the safer bonds and cash products they had been more involved with in the previous months.

The investors were surveyed from Jan. 17-22, a few days after the U.S. and China agreed to Stage One of a larger trade agreement, which is now on hold. They were not impacted by the impending impeachment hearings in the U.S. Senate for President Donald Trump, which began on Jan. 22. Instead, investors apparently decided that nothing was going to stand in the way of a stock market that shows no signs of slowing down.

Here are the highlights from the January Investor Confidence Indices:

·         The Spectrem Household Outlook, which asks investors to judge the current state of four components of their household finances, rose for the fourth time in five months, reaching 26.70. The improvement in the overall Outlook was due most for the Outlook for the economy, which rose from -8.80 to 9.20, an improvement of 18 points overall.  Since November of 2016, the overall Outlook stood between 20 and 30 generally, but recently has spent four of the previous five months under 20.

“The stock market has been on a gradual but consistent climb for over a year, and investors in January stated their plan to take advantage of the increased value of equities as long as the market continues to run hot,’’ said Spectrem President George H. Walper Jr. “The impact of an initial agreement with China is obvious. How investors will react to the results of the impeachment proceedings against President Trump remains to be seen, but the stock market appears to be the leading indicator of investor sentiment at this time.”