James Carville, a Democratic strategist, coined the phrase “It’s the economy, stupid” during the 1990s when describing what the most important factor is when predicting the outcome of the election.  But will this prediction ring true in 2020?  Or, like everything else in 2020, will there be another surprising driver of election results?

In Spectrem’s recent complementary report, Wealthy Investors and the Election: A Guide for Financial Advisors in 2020 (July 2020), (click here to download ), many factors seem to be influencing voters in 2020, from the economy to riots to the renaming of military bases and tearing down of statues.  And, of course, the pandemic will also impact the election.  Let’s address each of these below:

-        The Economy.  Investors aren’t feeling great about the economy.  More than half of investors predict the economy will be worse in 12 months.  Only 24 percent believe the economy will be better.  Forty-one percent of  investors believe that that if President Trump is re-elected it will be better for the Economy while only 30 percent feel similarly if Joe Biden is elected.  Despite these beliefs regarding the economic outlook, 49 percent of investors indicate they will vote for Joe Biden.  Only 33 percent indicate they will vote for President Trump with the remainder being undecided.  So, will it be the Economy? Or will it be shear hatred of President Trump that drives the election?  (Note:  only 6 percent of investors voting for Biden are doing so because of his policies.  Seventy percent are voting for Biden because they hate President Trump.) 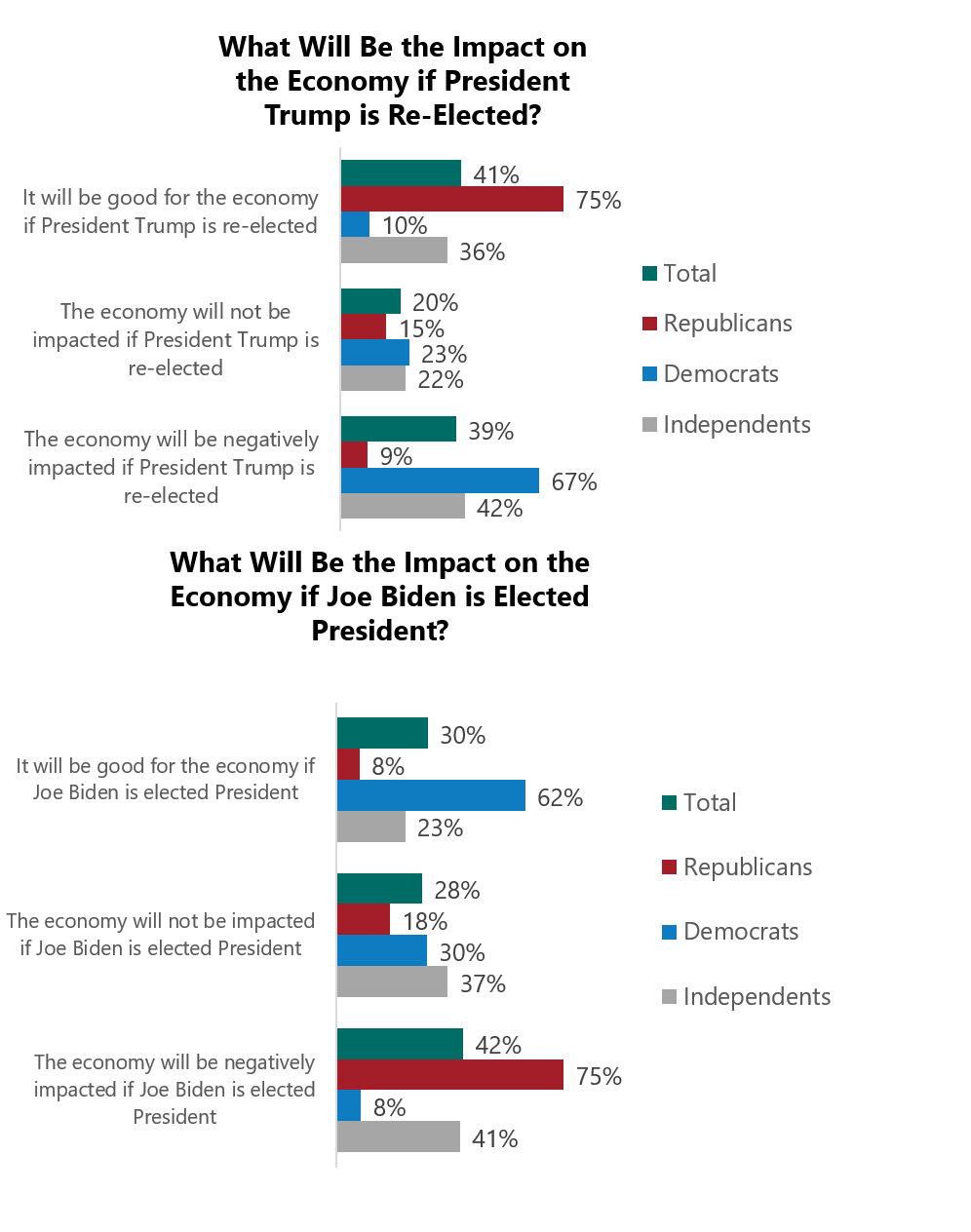 -        Riots and Demonstrations.    Investors were asked to score their concern over the existing levels of violence and concern over attitudes regarding law and order.  On a 0-100 scale, investors scored their level of concern at 70.25.  Republicans were more concerned than Democrats, however, Democrats still had a level of concern at 63.50.  Similarly when asked if the riots will have have an impact on their vote in November, almost half (48%) of voters indicated that it will impact their vote. 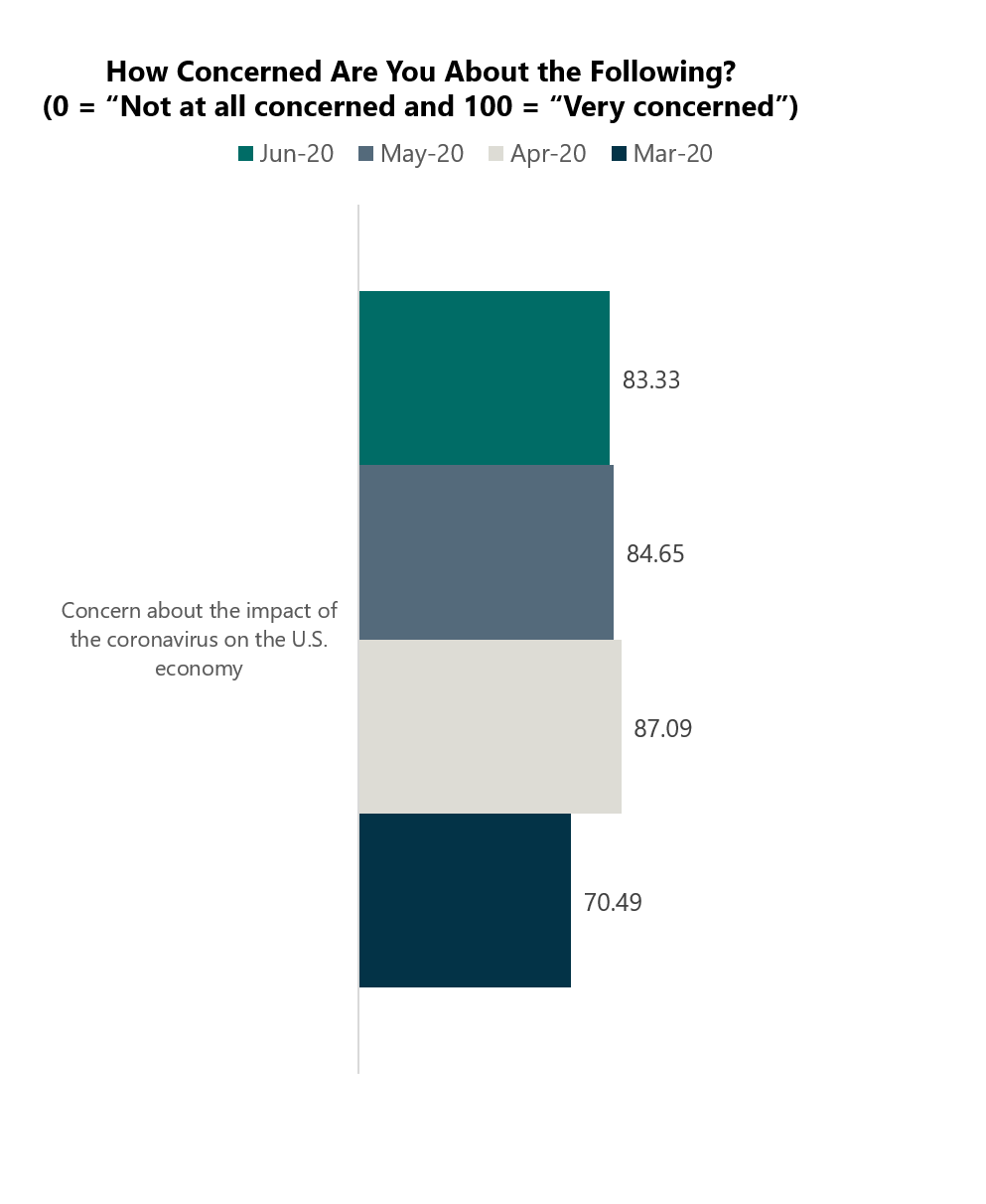 Is it possible that concern over the pandemic may influence the outcome of the election?  There are numerous factors influencing the outcome of the 2020 election and the outcome remains unclear.  Because of the unpredictability, financial advisors and their clients need to carefully ride the wave of continuing volatility.  As mentioned above, please download our most recent report here.