Blog: Is It A "V" Recovery? Millionaires Are Back! 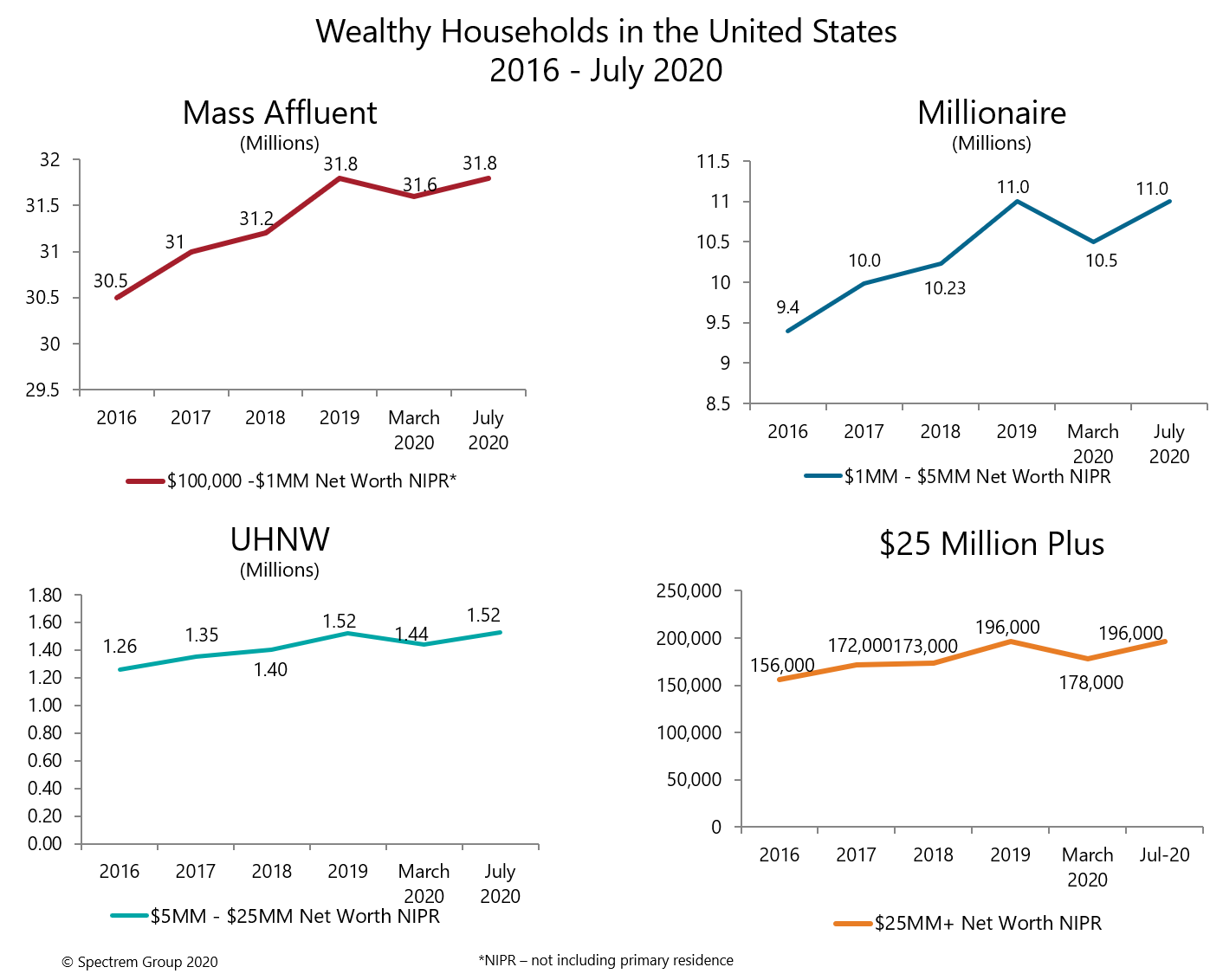 It’s also interesting to note that optimism is based upon occupation.  Those in the Information Technology business are the most likely to feel optimistic about their futures at (48%) while only 25% of Business Owners believe their financial situation will be better in a year.  Other occupations fall in between.

While economists and investment advisors are still trying to determine what type of financial recover they United States will experience, investors are somewhat optimistic regarding the future and because of the robust market, many have recovered losses sustained in the spring of 2020.