Blog - Trump Tariffs Cause Investors to Pay Attention to Trade

Today President Trump announced that an agreement has been made with Mexico regarding tariffs causing the markets to reach record highs.  Despite the reluctance of many to embrace or endorse Trump’s policies, investors are paying attention and clearly making decisions based upon what is happening to trade policies.
Earlier this year, Spectrem asked investors about trade and tariffs and the impact it might have upon their investment decisions.  First, investors were asked to rate the impact that Trump’s trade negotiations were having on the U.S. on a scale from 0 to 100 with 0 representing a negative impact and 100 representing a good impact.  The average score was 40.88.  As with all things linked to Donald Trump, outcomes often lean to the negative or skeptical outcome.  However, economic issues tend to be the topic in which Trump scores most highly.  In July investors were asked if the proposed trade tariffs would have an impact on how investment decisions were made.  Thirty-eight percent of investors felt that the tariffs would impact their investments.  More importantly, 65 percent of investors said they would be watching how the tariffs might impact publicly traded companies. 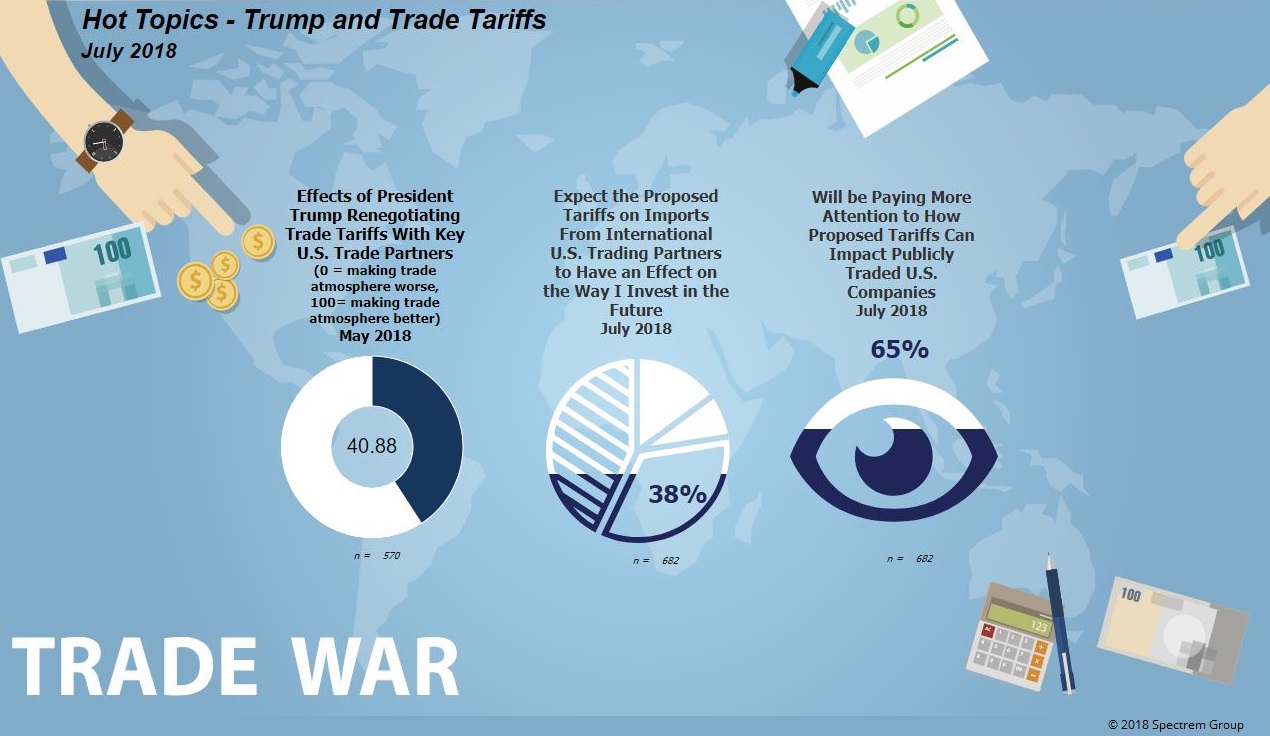