President's Blog - The Financial Burden of Raising a Star Athlete

Is it just an American condition, the desire to have our children be successful at sports? Do European parents or Asian parents so strongly pursue the idea that their son or daughter will be the next great athlete?
During the recent Winter Olympics in South Korea, numerous medal-winning American athletes spoke glowingly of the support they received from their parents growing up. They spoke of the endless car rides combined with the emotional support that helped them achieve their athletic dream. They spoke of the sacrifices parents made in order to give them the equipment and coaching they needed to reach the highest level of athletic success.
What was rarely discussed, at least in the live TV and print interviews, was the financial cost of supporting an athlete at the highest levels. Perhaps it is best that the financials were not discussed, because the mere mention of how much money is spent to raise an Olympic athlete could put off parents, who might then push their child to be a really great architect instead.
How much are today’s investor parents willing to spend to see their child reach their athletic dreams?
Today, most affluent parents know how much they spend just to get their child involved in community athletics. Organizational fees, uniforms, and equipment can run into the hundreds of dollars annually, and that is for a child who (let’s be honest here) does not have a prayer of going to the Olympics. But parents want their children to be physically active and socially skilled and team youth sports is an easy way to achieve both of those goals.
The next step, which is growing leaps and bounds in almost all areas of the country, is travel sports. Any child who demonstrates a certain level of skill at a sport will want to join a travel team, and the cost to participate immediately jumps 10-fold. The cost of team coaches, multiple uniforms, practice facilities and, in some sports, private coaching can test the financial limits of a parent’s love for their children.
The most recent estimate from the U.S. Department of Agriculture is that the average parent will spend $233,000 raising a child born in 2015 to the age of 18. That report takes into account the cost of housing, food, transportation and child care. It does not take into account the cost of extra-curricular activities, which includes preparing a child to be a star athlete someday.
And here is where advisors come in.
While talking to young investors with children about portfolio decisions, advisors need to be the voice of reason regarding the cost of raising children. That Department of Agriculture study estimated the cost of raising a child at $14,000 on average annually. But the parent of a talented athlete can easily spend that much annually to advance their athletic career.
Advisors are not in the wrong asking about how much parent investors are willing to invest in the sports career of their children. (The same is true of more artistic endeavors such as acting or music). 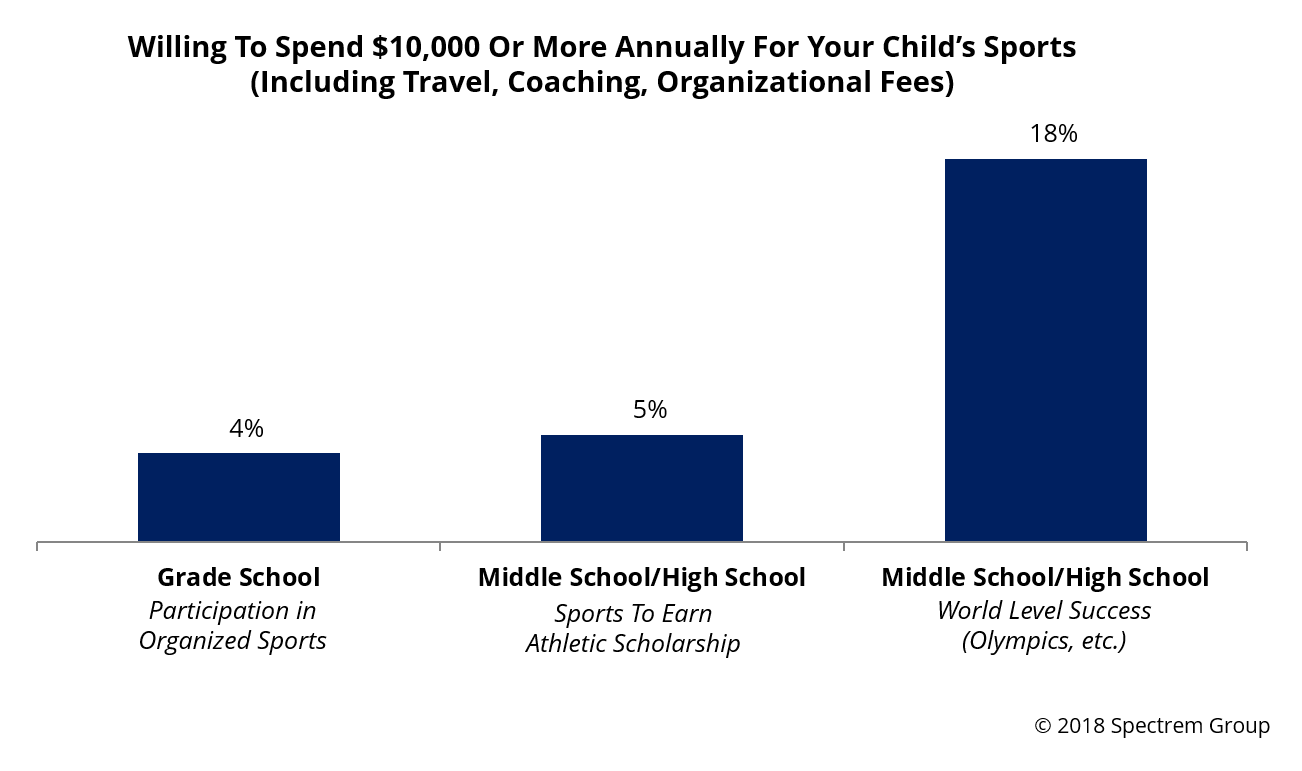 Spectrem recently asked affluent investors what they would be willing to spend to advance the athletic careers of their children. The questions came at investors from different levels. For grade school participation, 31 percent said they would spend more than $1,000 annually to have their child participate in the local soccer or baseball programs. Sixteen percent were willing to spend more than $2,500 for that first level of sports involvement.

For Olympic level success, the sky is truly the limit in terms of cost. A supportive parent can spend $50,000 annually in that pursuit, although only 5 percent of the investors surveyed by Spectrem said they would be willing to put forth that kind of dough. 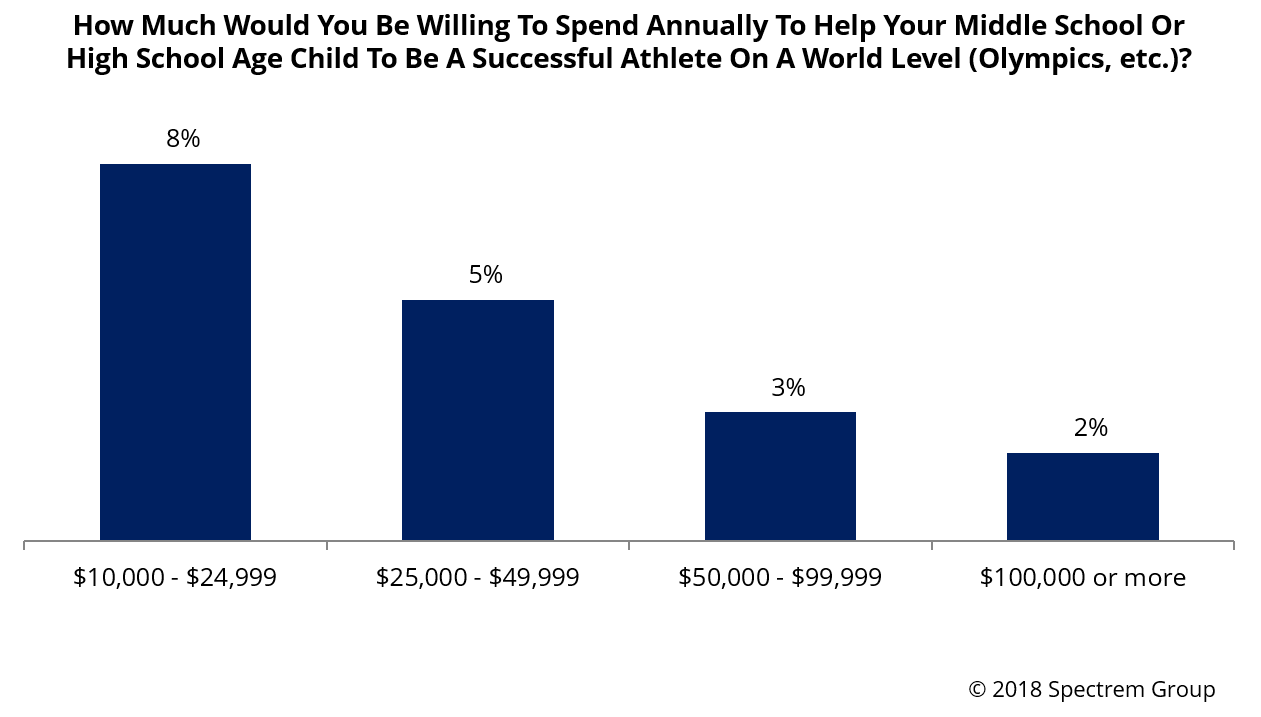 The question to ask investors is probably not how much they are willing to spend, but what percentage of their disposable income they are willing to invest in the athletic future of their children. It is a question that needs to be addressed early in the parental career of a young investor, because those bills can add up.
And that doesn’t even include the cost of building a skating rink or bobsled track in their backyard.