President's Blog - So, Where Are You From?

There is a homogenous nature to life in America these days. Every community has at least one McDonald’s and maybe more than one Starbucks. Area codes in phone numbers have lost their geographical significance. When a trend strikes, it strikes in every corner of the country.

But the United States is vast. It’s 3.8 million square miles of land mass. It is host to a wide range of land formations like mountains and valleys. It has forests and deserts. It has thousands of lakes. It has humid areas and arid areas. While there are 12,383 miles of coastline, there is a huge difference between the New England Coast, the Gulf Coast and the Pacific Coast.

And there are differences in the way people handle their investments and their finances based on where they were raised and where they currently live. 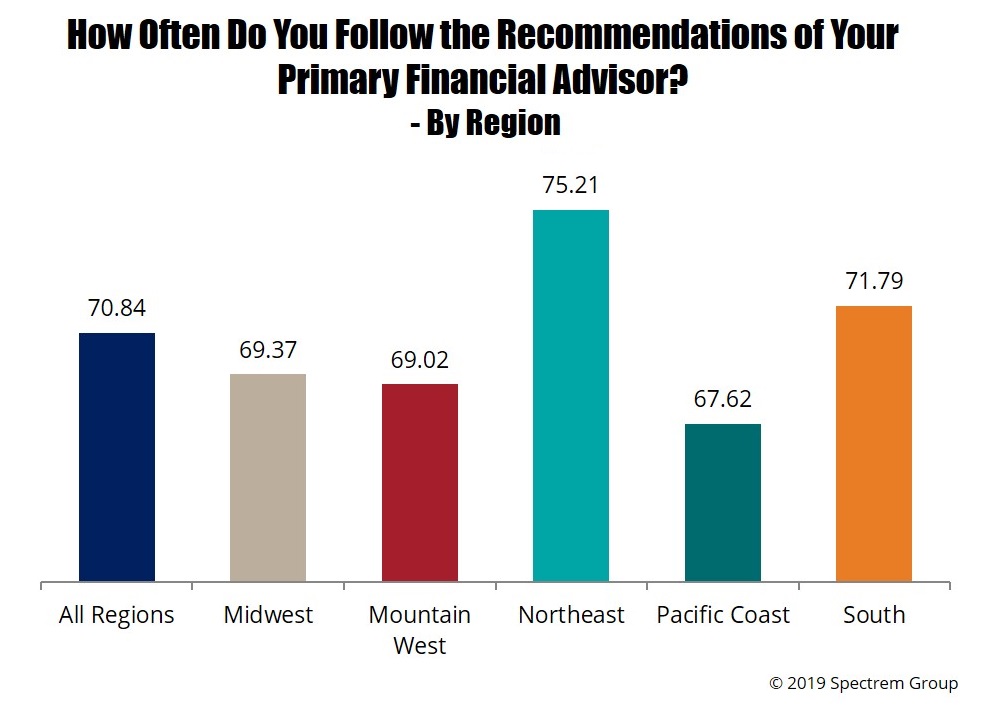 Like with all research, Regional Influences on Investor Decisions does provide generalized results. But the individual reports created on five regions of the United States – the Northeast, Midwest, South, Mountain West and Pacific Coast – determined that investors lean one way or another in their approach to investing and their attitudes towards advisors based on where they live.

And investors from the Midwest are more likely to have made their own wealth rather than inherit it.

Advisors and providers can benefit from a full understanding of how regional influences impact investing and advisor relationships. A nationwide overview of investors may be helpful when determining a marketing campaign that will run through all 50 states, but advisors with boots on the ground will tell you approaching an investor in Los Angeles is much different than approaching one in Chicago. And advisors and providers who work specifically in flyover areas like the Great Plains of the Midwest or the elevated and less populated areas of Montana, Wyoming and Idaho know that what sells in Hartford may not appeal in Helena.

Regional differences are just one way investors differ, and that is why research is done based on age, wealth, gender and occupational differences. No two investors are identical, but investors in a certain segment are more likely to be similar.

As long as financial advisory services maintain some level of human interaction, investor segmentation is an area advisors and providers should consider. And when a firm has regional branches or a regional approach to providing services, understanding the push and pull of investors from a certain region matters.