Blog: Now For Something Light...

Because the news during this time is generally rather dark and stressful, I thought it might be a good time to focus on a lighter topic. Next week we will have updated information on our ongoing Corona Crash: What Financial Advisors Should Be Saying to their Clients Now reports and will present that information to you at that time.

Ninety percent of Millionaires spend between $1,000 and $4,999 on clothing. Clearly, most of them don’t have teenage daughters that always have to be reminded how much they can (cannot!) spend. Only a very small 8 percent spend more than $5,000 annually on clothes. While we have visions of Millionaires flaunting beautiful jewels, more than half spend zero on jewelry annually. More than half spend $1,000 to $4,999 on home improvement, while more than 30 percent spend more. (They must have cheaper contractors than I can find!!) Almost half of Millionaires do not have a cleaning service (48 percent) while a similar percentage (47 percent) indicate they spend $1,000 to $4,999 on household staff including cleaning, child care and gardening. It’s not surprising that large percentages of Millionaires are not spending money on educational expenses since most of these households are older and many are retired. 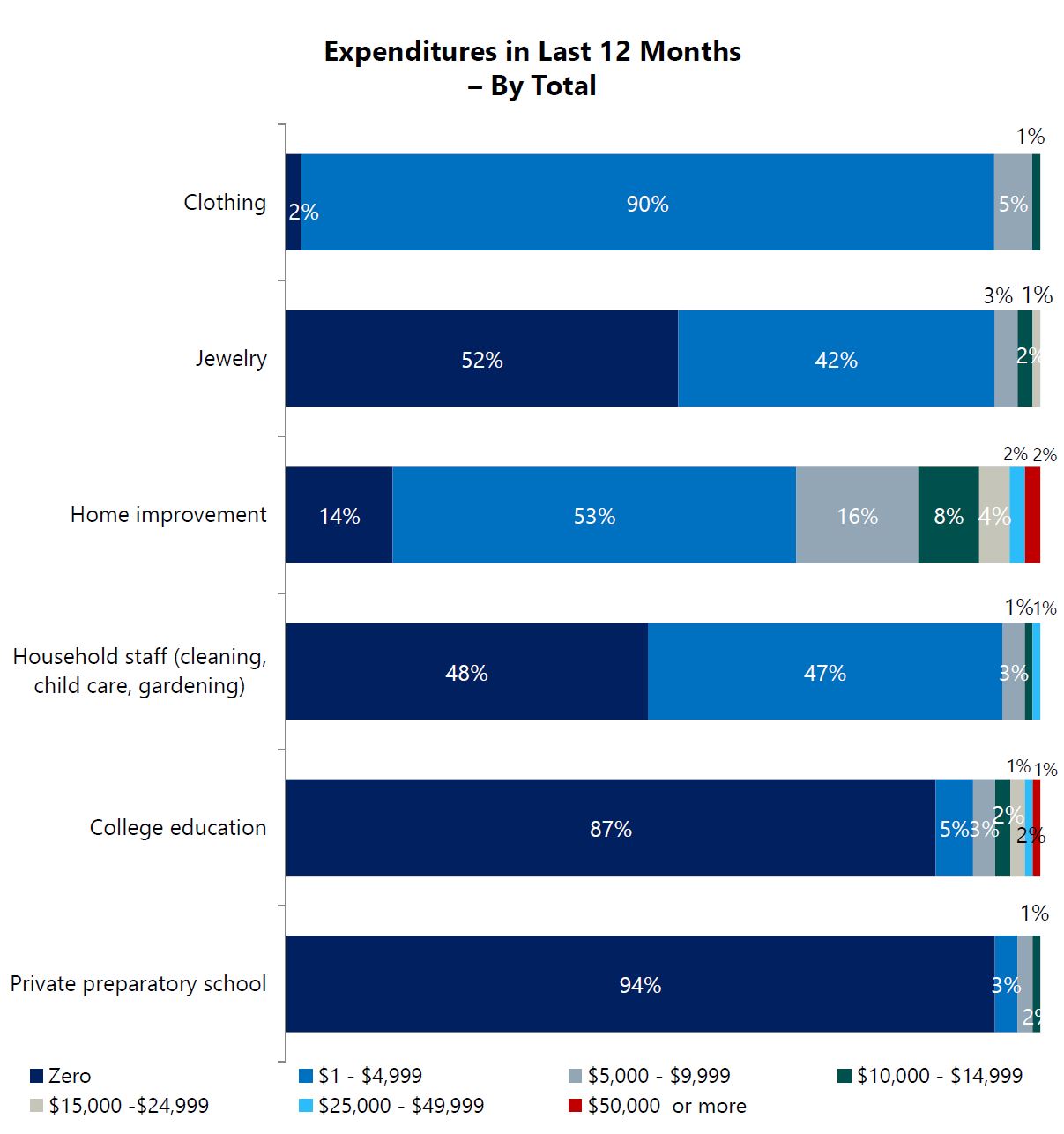 Seventy-nine percent of Millionaires do spend money on attending the arts such as symphonies, plays, ballet, etc. while only 50 percent go to ball games or other sporting events. (My husband will never believe this.) Twenty-eight percent contribute to political candidates and organizations. The biggest expenditures are vacations and leisure travel, with approximately 58 percent spending more than $5,000 on these activities. 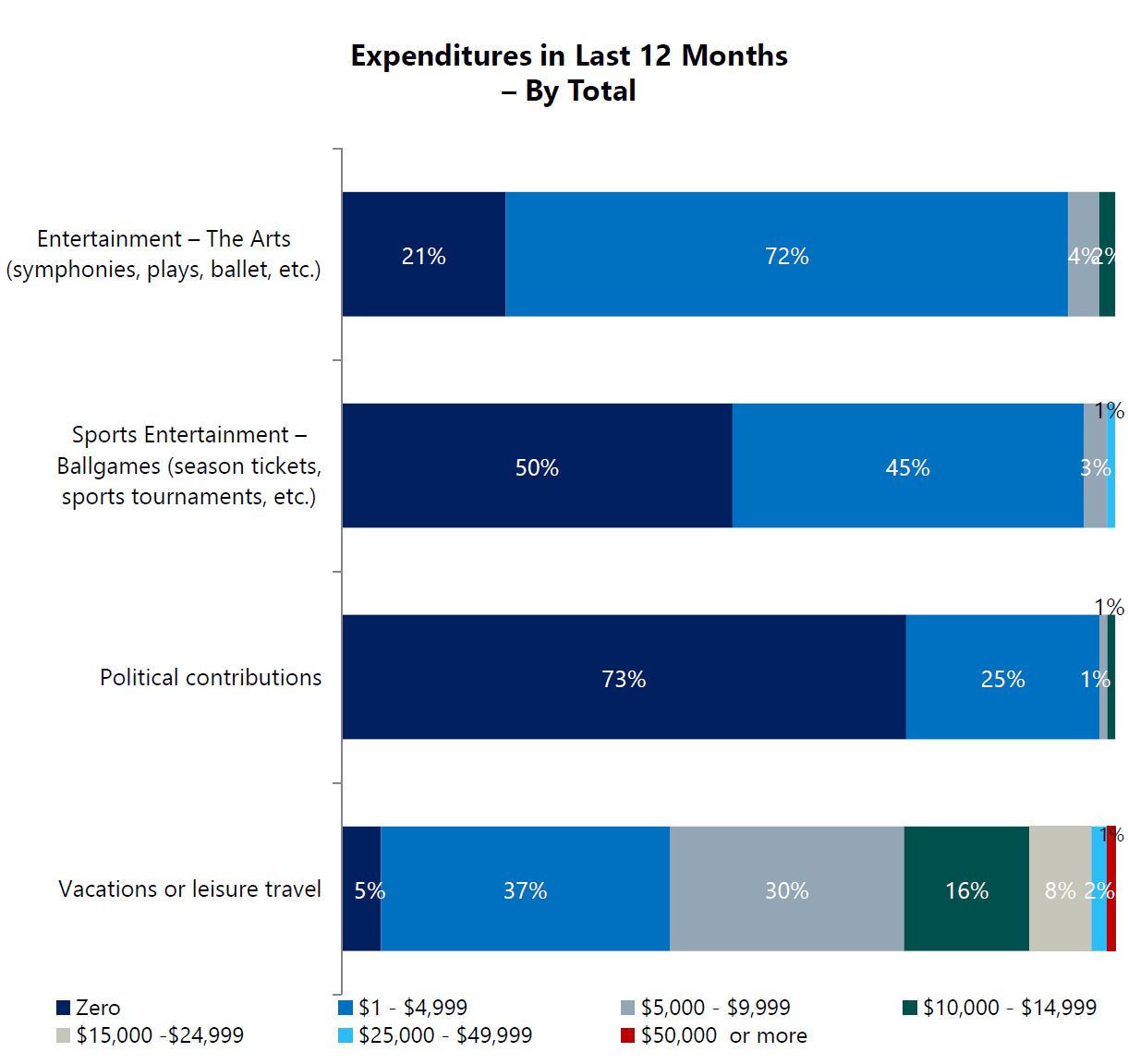 What about boats and yachts? Only 8 percent of Millionaires spend money on boats. Seventy-six percent spend money on cars but for the most part, those expenditures are below $5,000, probably representing annual maintenance. Only 3 percent spend more than $50,000 annually on cars. Millionaires generally don’t gamble, but almost half belong to a club of some type - either a health club or country club. Only 24 percent invest in collectibles. Millionaires are, however, somewhat charitable with 64 percent donating $1-$5,000 annually and 22 percent donating more.

Of course the Corona Crash and current economic downturn may impact the spending habits of Millionaires in 2020. Unless, of course, Millionaires are madly shopping online? Hopefully this information provided you with some distraction from the more depressing ongoing information pouring from our various screens - TV, online and other.

Stay healthy and be well.