On March 8th President Trump announced that he will be meeting with Kim Jong-Un, the leader of North Korea, with the intent to agree to the denuclearization of North Korea.  While this is clearly big political news, it is also news that is important to investors and will be closely watched by financial and investment professionals because of the potential impact on the markets.

On a monthly basis, Spectrem asks investors with between $100,000 of net worth (not including their primary residence) up to $25 million of net worth what issues in the news are they the most concerned about.  On a scale of 0 to 100, with 0 being “no concern” and 100 being “high concern”, investors are asked to rate their level of concern regarding various issues that are currently in the news.  For the past few months, the Situation with North Korea has been rated as the issue with the highest level of concern.  At the end of February, investors rated their level of concern over North Korea at 71.32.

In contrast, DACA, which was originally supposed to be resolved by March 5, was rated at 59.06.  Healthcare was rated at the second highest level of concern at 70.03.  The Stock Market, which has been somewhat volatile in the last few weeks, was rated at 57.08. 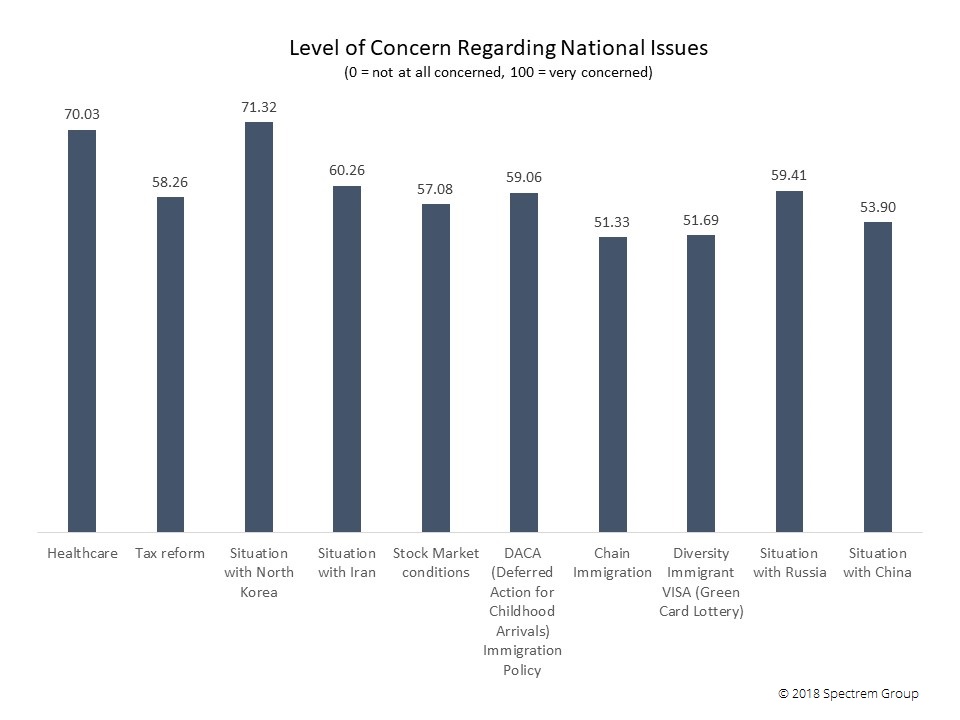 It’s interesting to note that younger investors (those under age 35) rate the Situation with North Korea at 43.15 compared to Baby Boomers who rate their level of concern at 71.27 and WWII investors who are concerned at a level of 75.73.  The youngest investors are the most concerned with Chain Migration at 44.72.

It’s important for financial advisors to understand how investors are feeling about various newsworthy events.  This allows the advisor to provide a voice of reason and calm when investors want to make changes to their portfolios based on current events.  Clearly, the success or failure of the talks with North Korea will have an impact on the markets.  Advisors should be ready to reassure investors whatever the outcome might be.