Blog - Nike’s Poor Decision: Why Corporations Should Stay Out Of Politics

Nike recently began a new ad campaign featuring currently unemployed football star Colin Kaepernick.  Kaepernick recently became famous (or infamous) for his failure to stand during the National Anthem allegedly in protest of police and how they target the African-American community. (I say “allegedly” because I have not seen Kaepernick or any of his kneeling peers currently participating in or donating to charities that would solve this particular issue.)  This behavior caused President Trump to call out Kaepernick and the NFL for their lack of patriotism. Players on many teams began to kneel in support of Kaepernick.  Ultimately, NFL ratings fell dramatically due to a strong boycott of both Trump supporters and others who agreed this behavior was reprehensible and an insult to both police and veterans.
Nike, always looking for edgy marketing, decided to use Kaepernick in its advertising.  Initially its stock dropped but recovered shortly thereafter and is currently trading above or close to the pre-announcement price.  So apparently the Kaepernick advertising didn’t influence investors long term … but is that really true?
Spectrem’s recent research found that while the Kaepernick ad did not influence investors' likelihood to invest in Nike stock, it did influence whether they will purchase or not purchase Nike products.
Spectrem Group decided to ask investors with more than $100,000 of net worth how they feel about corporations that make political or social statements.
Investors were asked to rate on a 0-100 point scale if they approved of companies making a statement on a political or social issue. The score of 100 represented approval and 0 represented disapproval.  The overall score was a 33.14 which means that most investors disapprove of companies making political or social statements.
But most investors don’t really let a company’s political and social statements impact their decision on whether or not to invest in a particular stock.  When asked if a political or social statement impacts their investment decision about a company the score was 38.98, which means most investors don’t take the company’s political or social view into consideration when making an investment decision (although that is higher than “0”, indicating it does influence some investors.)  But at a score of 47.82, some investors indicate they might avoid purchasing a stock because of a political or social view taken by a company (that’s almost half).  So even though a company’s political or social view may not normally be a factor taken into consideration when purchasing a stock, it might cause them to think twice. 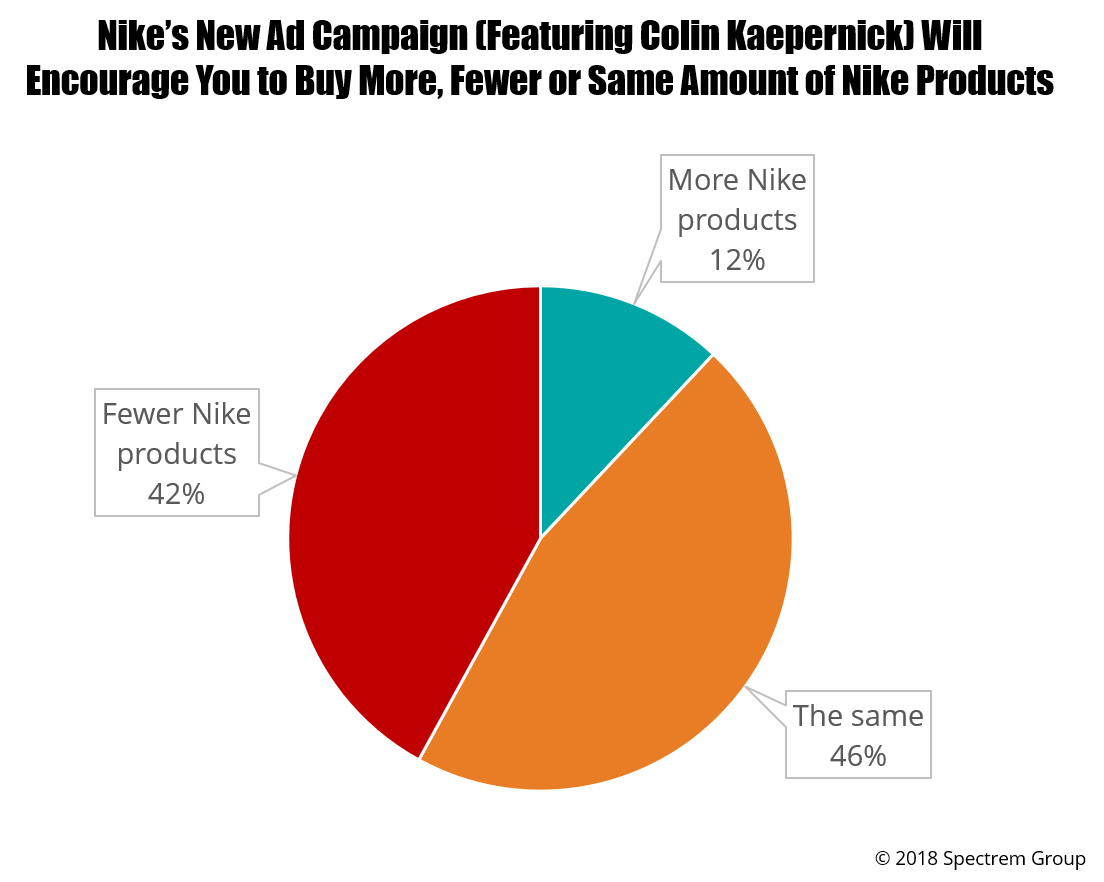