The recent market volatility is due to many factors:  Federal Reserve policies, earnings from key companies and the analysis of multiple analysts and pundits who share their opinions on cable news.  But one of the factors that also influences the markets is the opinion of investors – both individual and institutional.  (It’s always important to remember that institutional investors are ultimately individuals.)  It would be foolish to believe that the upcoming election does not have an influence on investor feelings about how the market will react to the results of the election.
In research just completed by Spectrem Group, affluent investors (those with $100,000 to $25 million of net worth) were asked if they believed the Republicans would continue to control the House of Representatives after the upcoming election or if the Democrats would gain control of the House.  The results were close (just outside Spectrem’s 3% margin of error).  Fifty-two percent of investors believe the Democrats will gain control of the House of Representatives and 48% believe that the Republicans will maintain control. 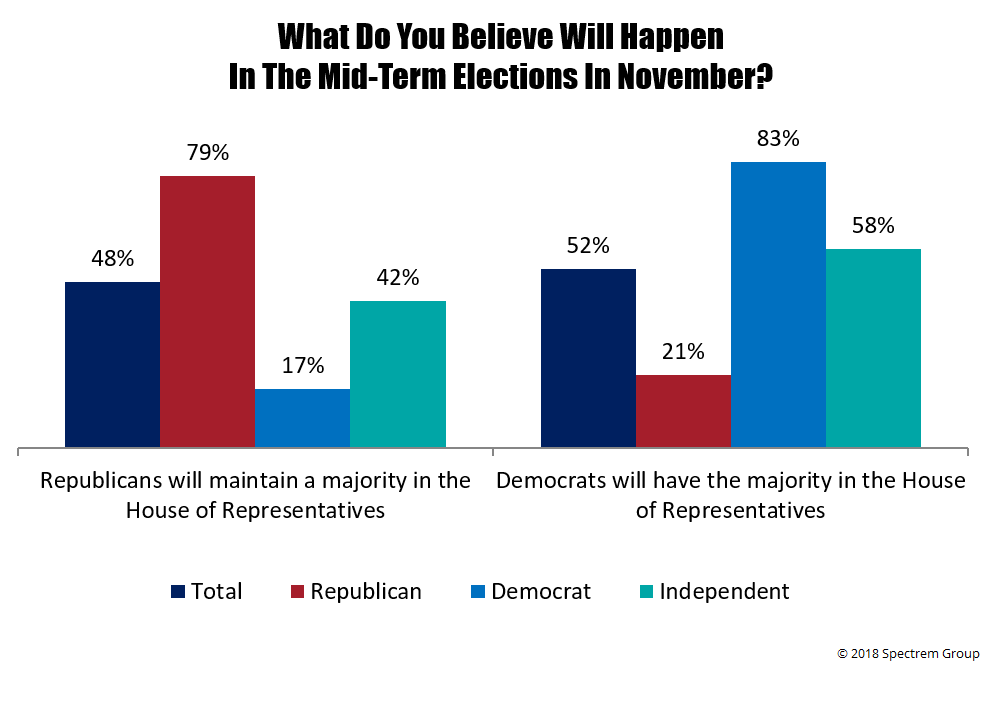 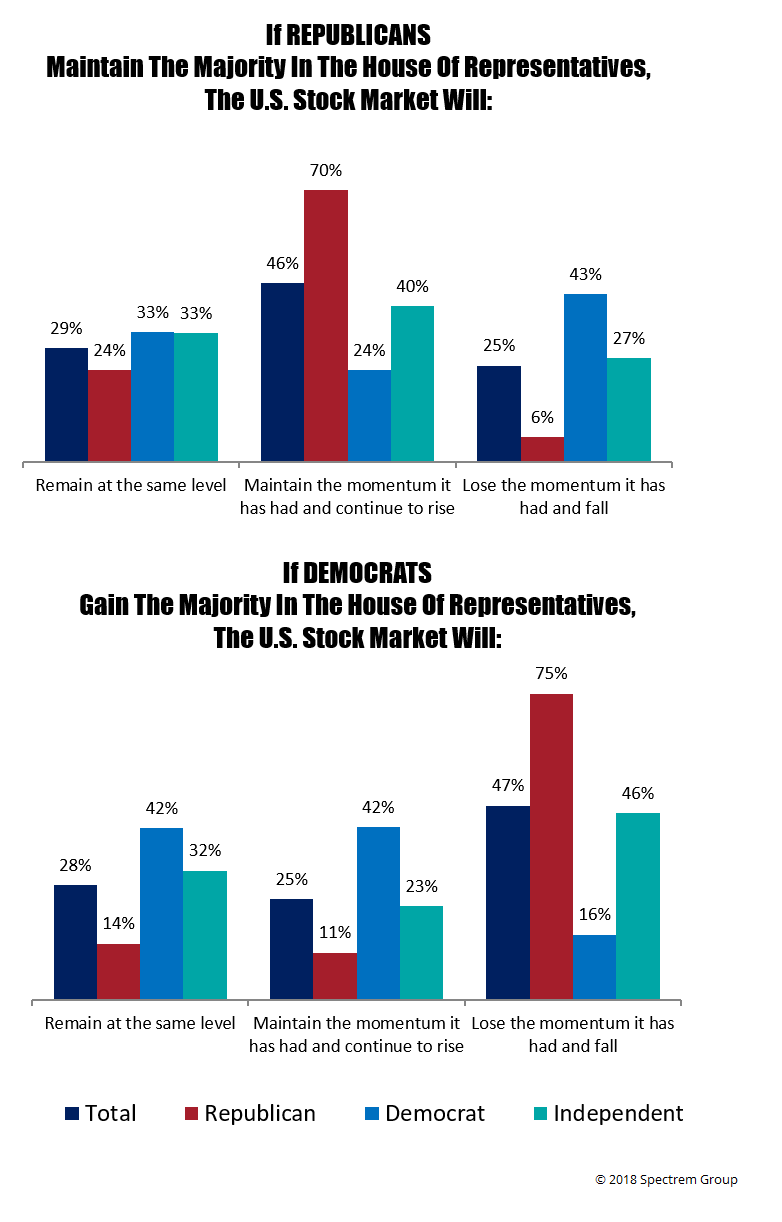