Currently, the identity of the Democrat nominee is up in the air. After a confusing non-outcome in Iowa and inconsistent polling nationwide, it’s unclear who will be the front runner a week from now (This is being published the night before the New Hampshire primary!).  Will it be Bernie? Mayor Pete? Biden? Warren? Klobuchar? Or a yet-to-be determined character such as Michael Bloomberg or someone else? Regardless of whomever the Democrats may choose as their nominee, investors believe that should the Democratic nominee win the White House in November, the impact on the economy will be negative. In fact, almost half of investors believe that President Trump’s re-election would be good for the economy. 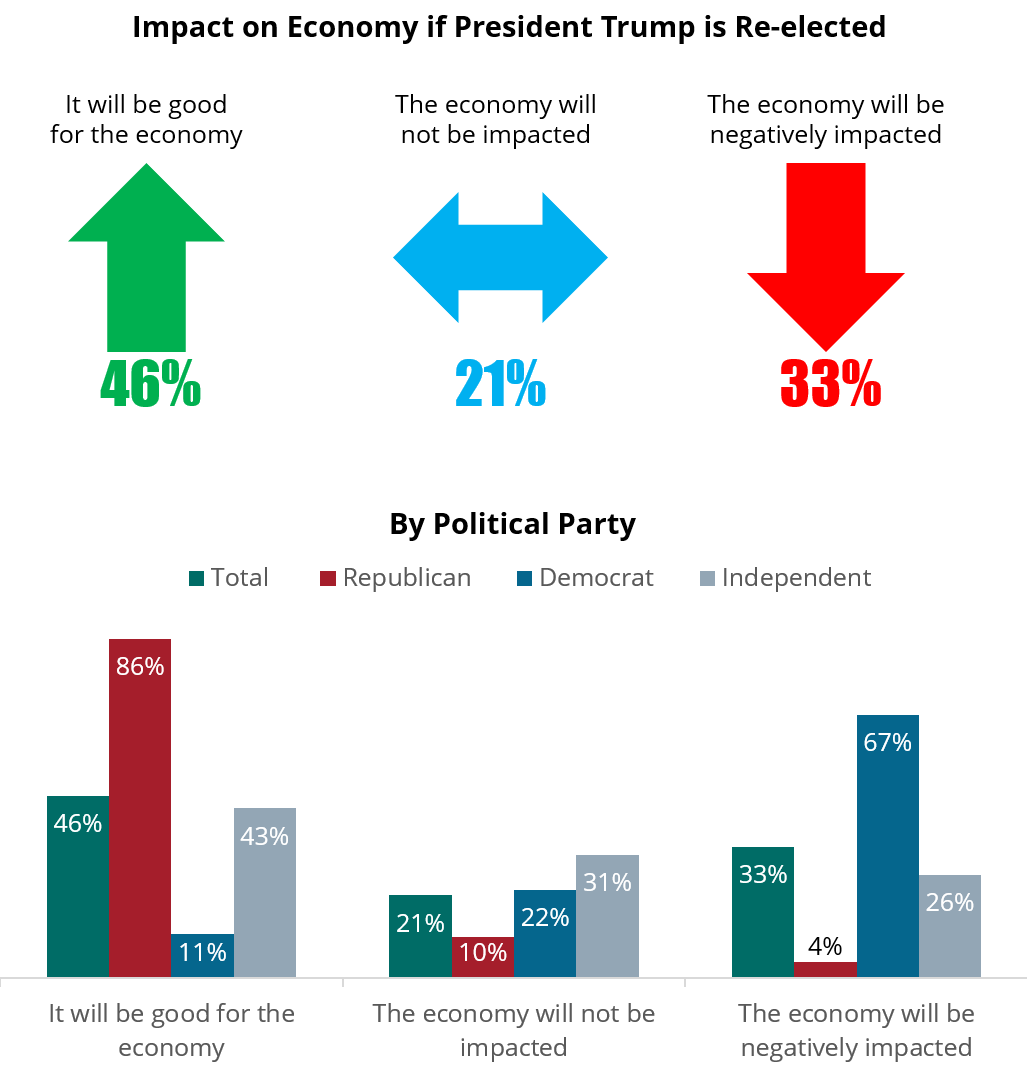 This information is based upon Spectrem’s monthly research with investors. The results above were fielded in the third week of January 2020. Each month as the year progresses we will be keeping track of these trends and others in our white paper entitled Wealthy Investors and the Election: A Guide for Financial Advisors in 2020. When a Democratic nominee is determined, Spectrem will be able to compare how investors feel an actual Democratic win might impact their pocketbooks.

One thing that investors do believe is that the stock market will be severely impacted should President Trump lose to the Democratic nominee. As you can see below, 19 percent of investors believe the Dow will fall below 23,000 should the Democratic nominee win the election. In contrast, 43 percent believe the market will jump to over 30,000 if President Trump is re-elected.

A drop of the Dow to below 23,000 would have a significant economic impact on the country. These concerns might be elevated at the present time because the Democratic nominee is unclear. Investors might believe that a left-wing candidate such as Bernie Sanders or Elizabeth Warren may pose a greater threat to the markets than a more mainstream candidate such as Buttigieg, Biden, Klobuchar or Bloomberg. It will be important to evaluate these numbers as the election year progresses.

Financial advisors need to be aware of what investors are thinking about the outcome of the election and the impact it may have on their portfolios. While a crystal ball is not available, having a sound discussion - not about political issues but about investment issues - would be a good idea. Financial advisors need to remain vigilant during a potentially bumpy year.