The recent market volatility combined with the ongoing angst regarding the Democratic primaries (and ...oh yeah, the Coronavirus thing) have made this first quarter of 2020 somewhat memorable. In the next few weeks, Spectrem is going to release fresh research regarding investor attitudes in a special report entitled The Corona Crash: What Advisors Should be Saying to Investors Now. In the interim, it seems that it would be appropriate to step back and identify what investors have been worried about in the last 12 months and how these existing concerns are linked to the very issues that may be causing the current market madness.

When investors are asked about national concerns, they consistently identify the following:

As you can see above, the political environment (83 percent) has consistently remained at the top of national concerns for several years. Government gridlock follows at 73 percent and a topic you don’t hear about as much is the national debt (72 percent). Sixty-seven percent of investors are worried about cyber-attacks/computer hacking and almost two-thirds are worried about tax increases. These national concerns have remained consistent for several years (even back into the Obama administration) with the exception of cyber-attacks/computer hacking, which has increased dramatically in recent years. It seems to me that if I were advising a political campaign, I might be interested in what investors are really worried about. For example, compare the concern over taxes against the concern over climate change/global warming... Just saying....

For our free monthly election executive briefing/white paper, Wealthy Investors and the Election: A Guide for Financial Advisors in 2020,  Spectrem has been polling investors regarding multiple issues. One of the topical areas in which we see significant agreement among investors regardless of political party is the cost of healthcare. Ultimately investors are very concerned about these issues although they may not agree on the best way to resolve the cost of healthcare issues. 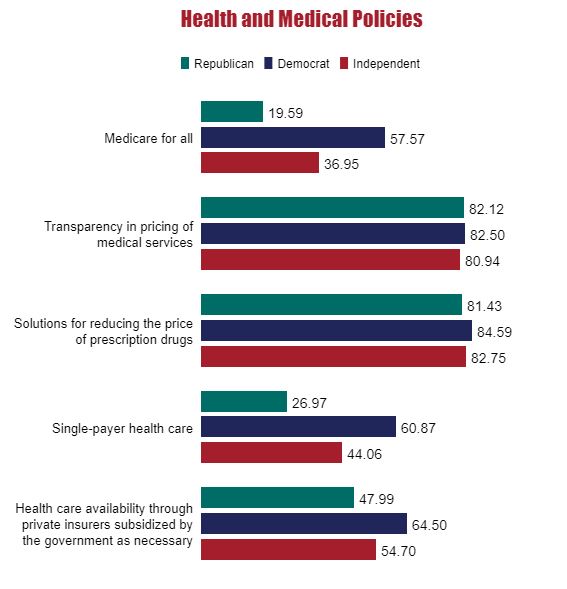 What does all of this mean for financial advisors?