President's Blog - I’ll Give You a Reason!

Social Security was created in 1935 as a way to provide Americans economic security when they retired or became disabled. It was also designed to benefit the spouses of Americans when the primary breadwinner passes away.

A majority of American workers pay Social Security taxes when they work to fund the system that pays a monthly income to older Americans when they are retired and choose to begin accepting those payments. Conceptually, the program makes sense, serving as a strong financial support for many Americans who depend on that income to survive financially in retirement. 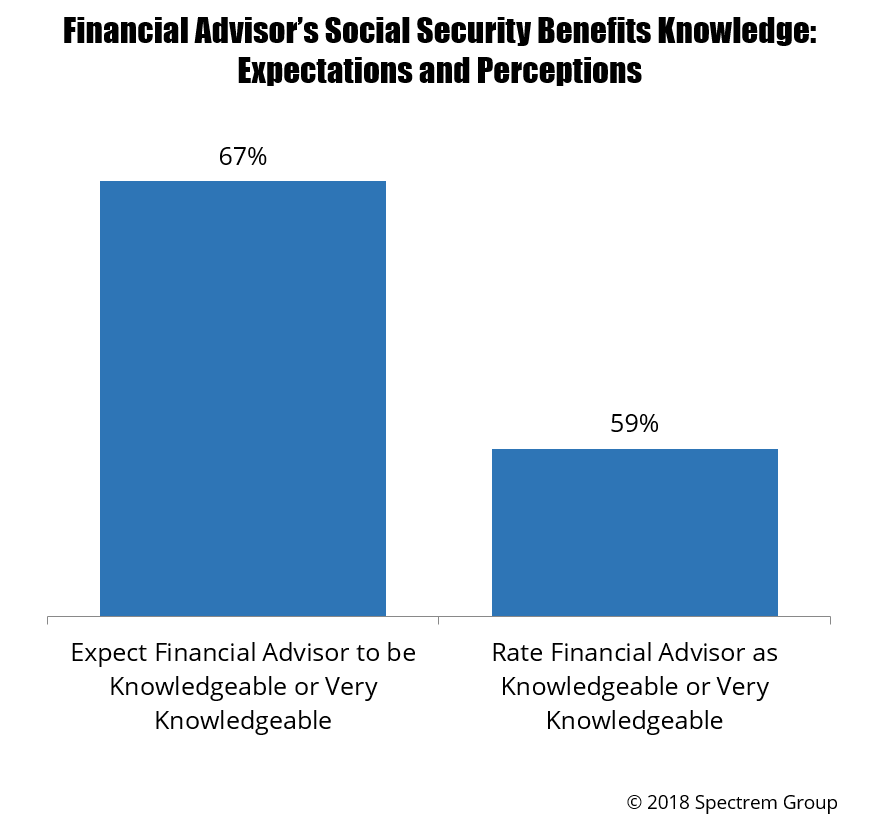 However, the rules by which Social Security payments are determined are a tad confusing. Citizens have access to easily-understandable information on both the Social Security website (www.ssa.gov) and in any Social Security office. But according to research in our new study The Convergence of Health and Wealth, two-thirds of investors expect their financial advisor to have some knowledge regarding Social Security and the ability to offer advice on when to take benefits.
There is some question whether investors are getting sound advice in this matter.
Americans can make more money per month if they wait beyond the standard initial start date of age 62 to begin receiving payments. A person who is the primary breadwinner and made the most money in a household should almost always wait until later, and perhaps to the age of 70, to begin receiving those payments if they don’t need the money. 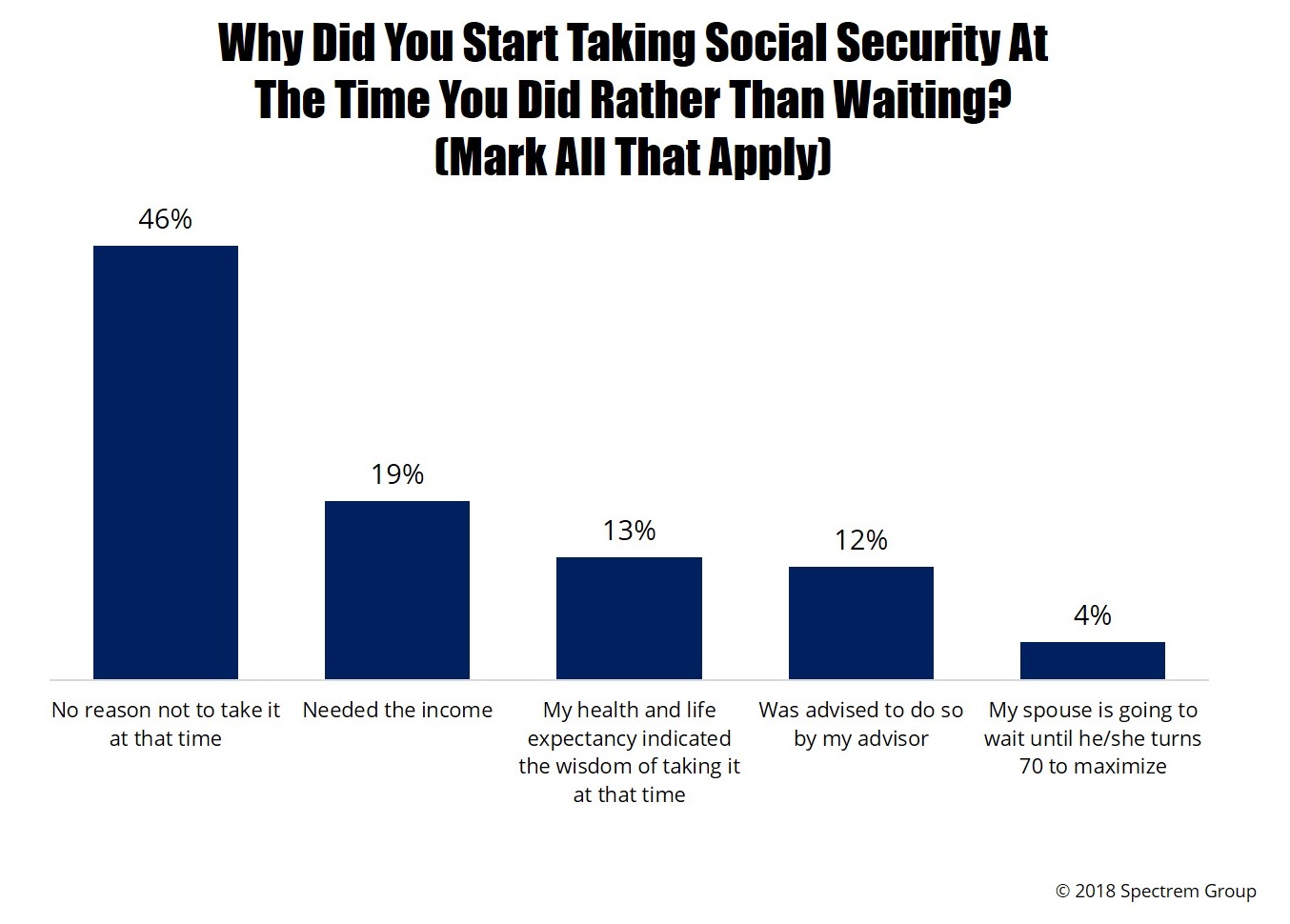 We asked them their reasons, and of those who took Social Security at age 62, forty-six percent said they “had no reason not to”.
Yes, they did! They had thousands of dollars of reasons not to.
The specific payments each American receives depends on the number of years worked and the amount they contributed to the system, which was based on how much money they made while working. However, it is true that most investors will receive more than $1,000 a month more from Social Security at age 70 than they would receive at age 62. The calculation each investor must make is how long they expect to live beyond age 70, which will go a long way toward determining the wisdom of waiting to take Social Security benefits.
Waiting half of that time, four years, to take benefits can render more than $500 more per monthly payment. That, too, seems like a sound financial decision.
But not according to the 42 percent of affluent investors who chose to take the payments at 62.
Of the survey respondents, 19 percent said they needed the income at age 62, and 13 percent said their personal health history made it sensible to take the money as soon as they were eligible to do so. Another 12 percent said they were advised by their financial advisor to take the payments early.
That is not bad advice for investors who were not the primary breadwinner in their household. But the investors we survey for our reports are more often than not the one with the higher income in the family, and do not, on average, depend heavily upon Social Security payments to survive retirement financially.
So why are so many of them taking Social Security benefits at age 62? And are they receiving the best possible advice when they do so?
The decision to take Social Security benefits at age 62 is up to the individual investor. The quality of the advice they receive on the matter is up to you.
© 2018 Spectrem Group