Your Blog: If You Write it, Clients Will Read It 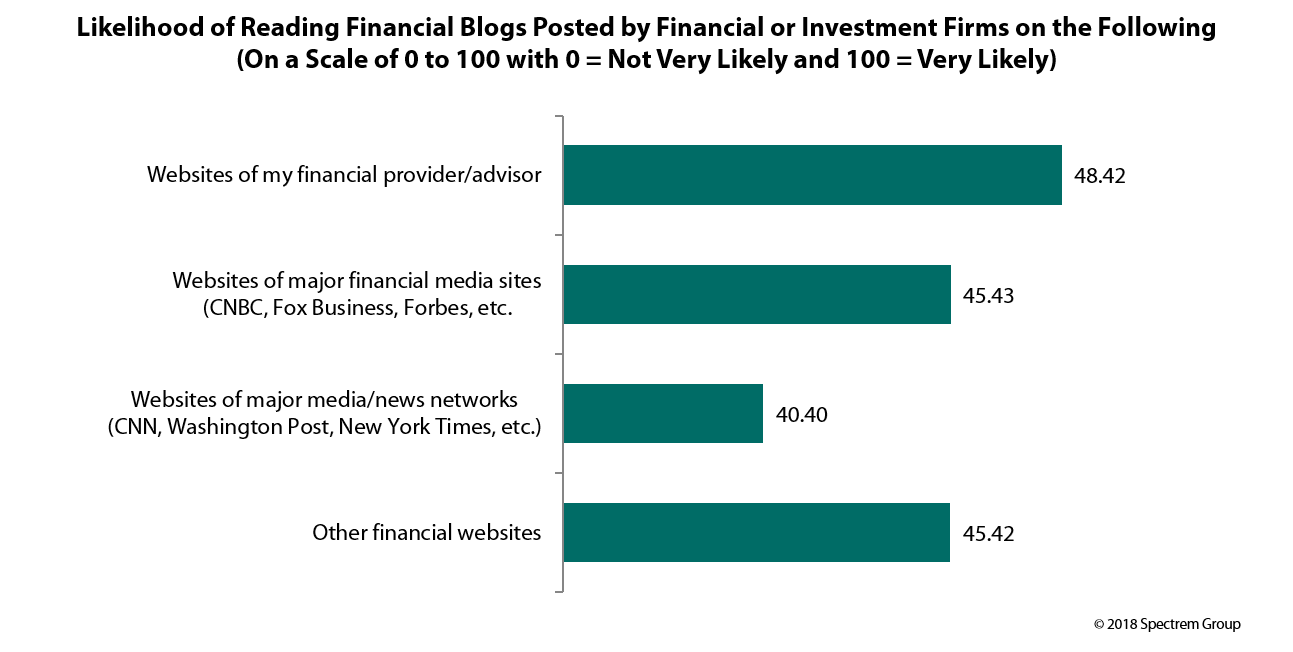 There are two competing thoughts in play today regarding the practice of reading among American citizens.

The first thought, espoused by every generation probably starting with the World War II crowd, is “nobody reads anymore”.

The second thought, obviously newer, is that “Nobody ever lifts their head from their smartphone these days”.

And if those people with their head turned toward their smartphone aren’t watching puppy videos, you know what they are likely doing?

Almost everything online outside of video presentations requires reading, and it might be true that young people read more today than ever before simply because they never put down their smartphones and tablets. If they aren’t playing a video game or watching kittens, they are likely reading something.

If those people happen to be affluent investors, they might very well be reading something related to investments and finances, and what they might be reading is a blog.

“Blog’’ was originally considered one of the sins of social media. It was seen as a self-indulgent exercise in which anyone could write an essay on any topic, put it online and hope it contained the keywords that would cause it to appear on Google searches high enough to receive major notice.

But blogs are now a key informational tool, and one that financial advisors employ to provide background information and news on investment trends to clients and others who want to read about such topics.

According to Spectrem’s new study on social media and mobile technology usage, there are plenty of investors who want to read that material.

Using Social Media and Mobile Technology in Financial Decisions discovered that, among Millionaires with a net worth between $1 million and $5 million, 54 percent prefer getting their financial information from an article over having a conversation with someone knowledgeable (37 percent) or watching an informational video (5 percent).

And what are blogs if not “articles”?

What’s revealing from the Spectrem study is that investors do not wish to read blogs on social media posts like Facebook or Twitter. While many investors are Facebook friends with their primary advisor, or follow them on Twitter, very few expressed an interest in reading articles on financial topics on those sites.

Where they want to read blogs is on more financially aimed websites. Asked to rate their interest from 0-to-100, Millionaire investors showed the highest interest in reading blogs on the website of their advisor (49.75). Websites of major financial media outlets like CNBC or Fox Business were rated at 46.16, while websites of major media general news outlets such as CNN or the Washington Post were rated at 41.12. Those are high ratings, and they are higher when asked of Millennials (63.15 for advisor websites) and Gen Xers (55.13).

By comparison, the overall interest to read financial blogs on Facebook was at 19.24, and 30.92 on Twitter, although those ratings were much higher again among younger investors.

Hey, investors are reading your stuff! There are analytical online tools that can let you know how many people are reading your blogs so you can get an idea what topics are most useful or click-worthy. But the key is that any message you can send in online form that you feel investors need to have, you should get out there by writing a blog on the topic.