Blog - If I Inherited a Million Dollars

As a young adult … (and maybe even today) … I often dreamed of what it would be like to inherit $1 million.  What would I do with it?  Would I pay off my debts?  Go on a trip around the world?  Buy a Porsche?  Well, even as a young adult I knew that inheriting $1 million was probably never going to happen to me … and as I grow older and see my parents struggling to make their assets last throughout their lifetime, I am quite certain that the $1 million dream is just that….a dream.

But there actually are individuals who have inherited $1 million or more.  And while we tend to believe that these are young people who will use these assets to invest in an entrepreneurial idea and do great things….or waste the assets living off of a trust fund…the reality is that most of these individuals are actually Baby Boomers who are already in retirement.  In research recently conducted by Spectrem Group with inheritors, it was found that 14% of individuals that had recently inherited assets received more than $1 million.  The average age of these inheritors, however, was in the mid-sixties. 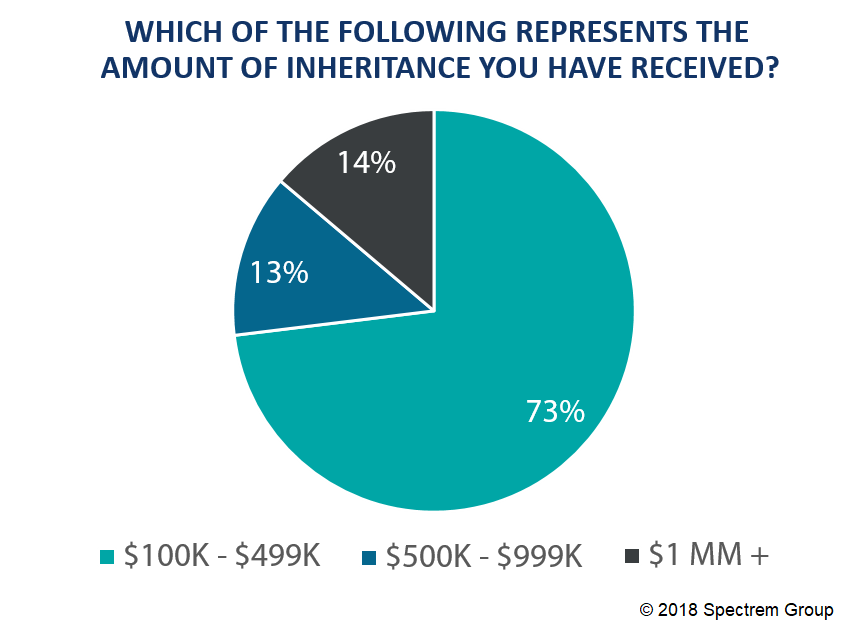 In qualitative research conducted by Spectrem Group, we often found that individuals that inherited money considered that money to be special.  They would invest it somewhat differently and often would feel an obligation or at least the desire to pass it onto the next generation.  For many, this was a way to memorialize their relationship with the benefactor.

Clearly most of these inheritors were much more practical with their inheritance than I would have been at a younger age.  Not sure what I would do today if $1 million inheritance came my way…..my logical self says that investing it for retirement would be wise.  But I can’t help but dream about that cruise around the world…