Blog - Changes to Top Advisors for Millionaires by Age

Each year Spectrem Group tracks the top advisors of wealthy households, including Millionaires.  While few providers have significant market share (the highest is 10%), the top three providers have been consistent throughout the years.  This year there has been some change in the top three, however, only by a small margin. 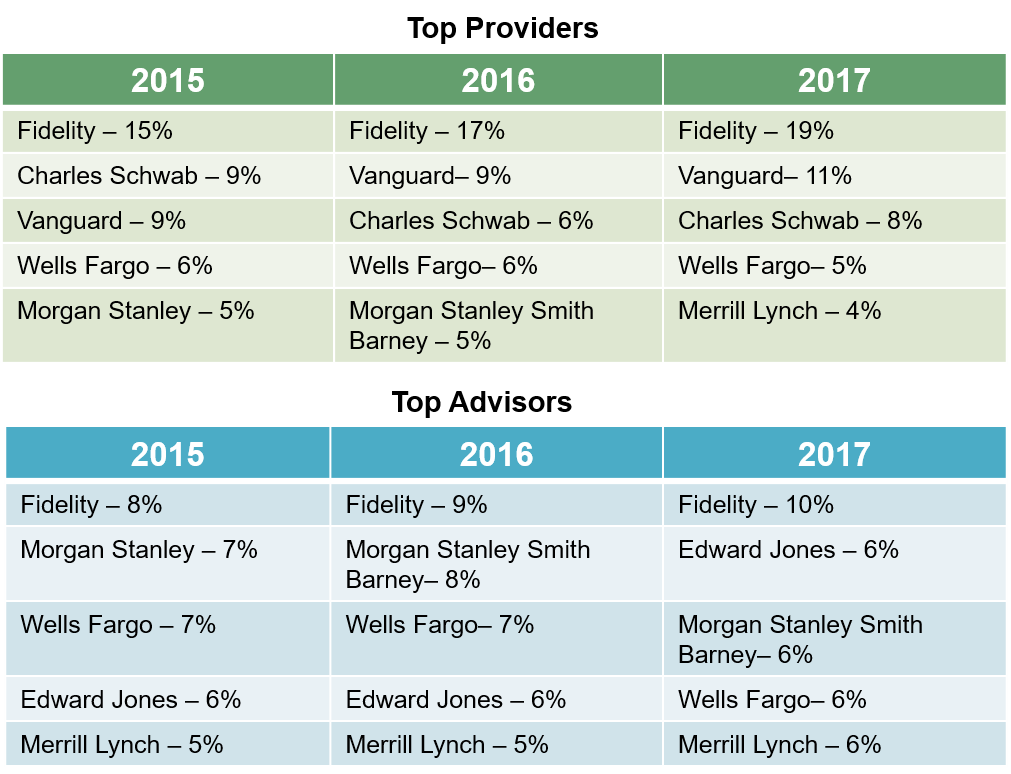 In our research, Spectrem defines the Primary Advisor as the firm one relies upon for advice about investments.  Overall 73% of Millionaires use an advisor of some type.  It’s interesting to note that Millionaire Millennials are more likely to use an advisor (87%) than Millionaire GenXers (61%).  Many in the business might not define Fidelity as an “advisor”, however, the term is self-defined by investors.  Additionally, many investors use the phone-based Fidelity services, or they may use an RIA that provides them statements via Fidelity….thus they believe the advisor is affiliated with Fidelity.

Are there any companies that own the wealth management market?  Fidelity has the largest market share, however, they still have only 10% of the total Millionaire market as advisors.  Be prepared, however, as Millennials continue to favor companies such as Fidelity and Vanguard.  Full-service providers need to determine how to win over this independent  - yet open to advice – generation.