Blog - Ask Your Clients If They are Republicans 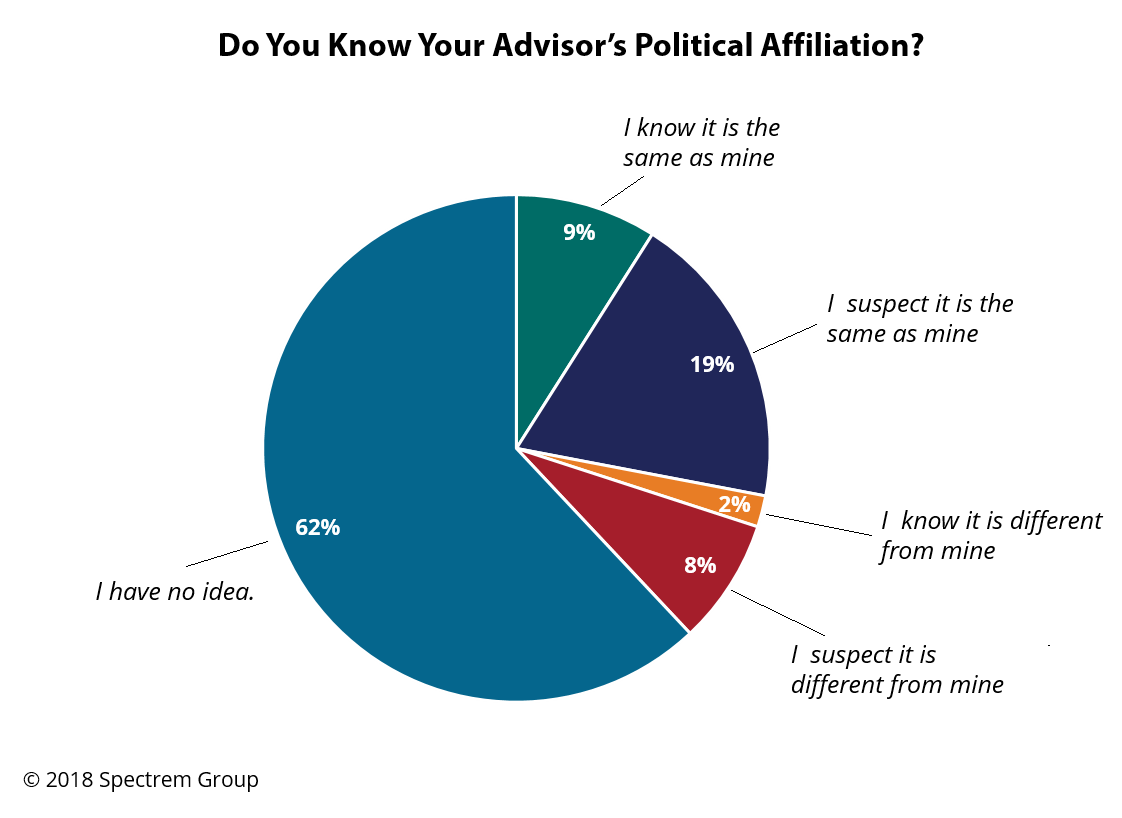 That is an appropriate outcome!  You don’t want your clients to know your political affiliation because it may make them uncomfortable.  You also don’t want to ask them about their political leanings.  But asking a few questions can assist you in trying to understand issues that they may be concerned about due to their political leanings.
What are some of those issues?
As you can see, some of the differences described above can influence the way you interact with your clients.  If you anticipate they lean towards more liberal issues, focus on retirement income and socially responsible issues.  Take an educational approach to your discussion.  If you think they are more conservative, presume they feel they know a lot about investments and focus on results.
In the end, the research shows that the way investors allocate their portfolios does not vary based upon their political affiliation.  This is due to two factors.  First, in the end maybe investors really all have the same goals and objectives.  Second, financial advisors have done a great job of influencing investors to make the right decisions despite their often-emotional feelings about specific topics.