Blog - Are We Really "All in This Together"?

It’s troubling to try to write a blog about financial issues on a day like today. I’m a little upset because I’ve been called all kinds of names on social media over the weekend for merely posting a comment inferring that as horrible as George Floyd’s death and his treatment may have been, that rioting and looting isn’t the solution. So, for those of you who don’t think rioting and looting is bad, I apologize. I support peaceful protests and agree they are necessary in this situation. I can never claim to truly understand the anger that black Americans feel. And although it angers me as well, it can’t be felt in the same way. So I support their feelings and their protests and I believe that most of the protestors don’t support the violence.

Spectrem recently asked investors to express their greatest “national concerns”. This question was asked prior to the events of the past five days and is included in our report Evolving Investor Attitudes and Behaviors*. As you can see below, 89 percent of investors recently identified the coronavirus containment and recovery as the most important, followed by concerns over the political environment, the national debt and government gridlock. Before the pandemic and during the pandemic, Americans have been relatively consistent with their concerns over multiple years. 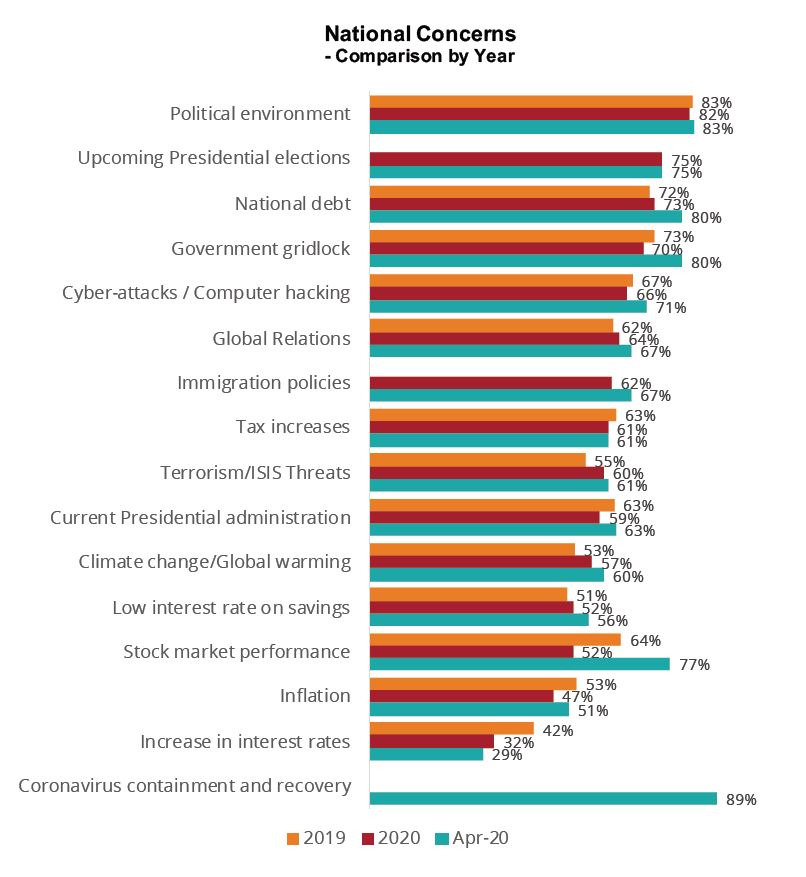 Similarly, health concerns are the greatest for most investors regardless of timeframe.  Financial concerns, however, fall closely behind. 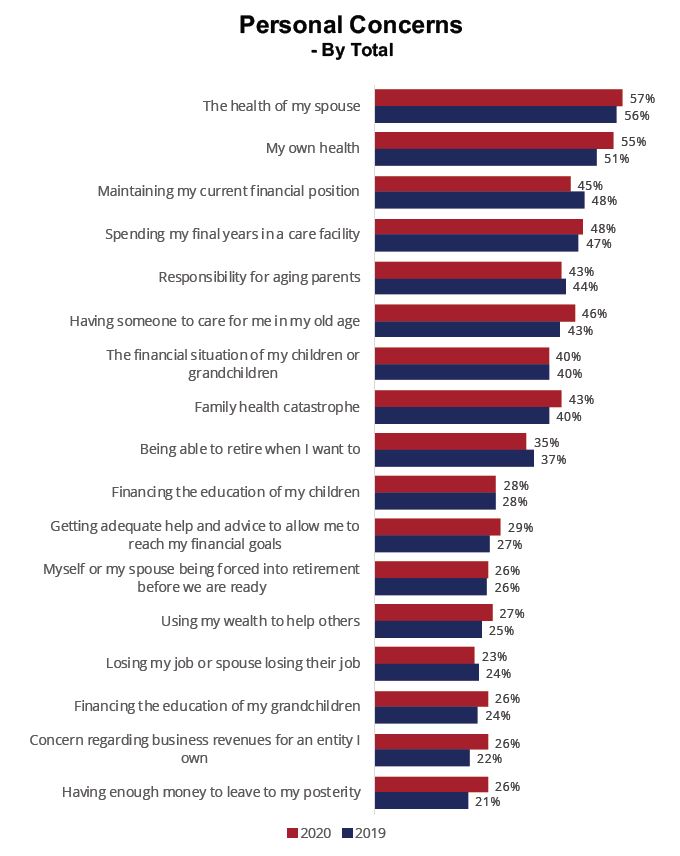 While many of our concerns are similar, there are still many personal and national concerns that have not been addressed. Clearly, most households care about both health and wealth but emotional concerns caused by one’s background cannot be adequately measured.

The mayor of Atlanta has said in recent days that the rioting and looting is bad and is not necessary, that Martin Luther King was against riots and looting and called for peaceful protest. But she has also eloquently stated that we also have to understand the source of the anger. If we don’t understand the source of the anger, we can’t prevent this from happening again.

Let’s acknowledge that we have many of the same concerns and try to identify and understand the concerns that cause our differences.