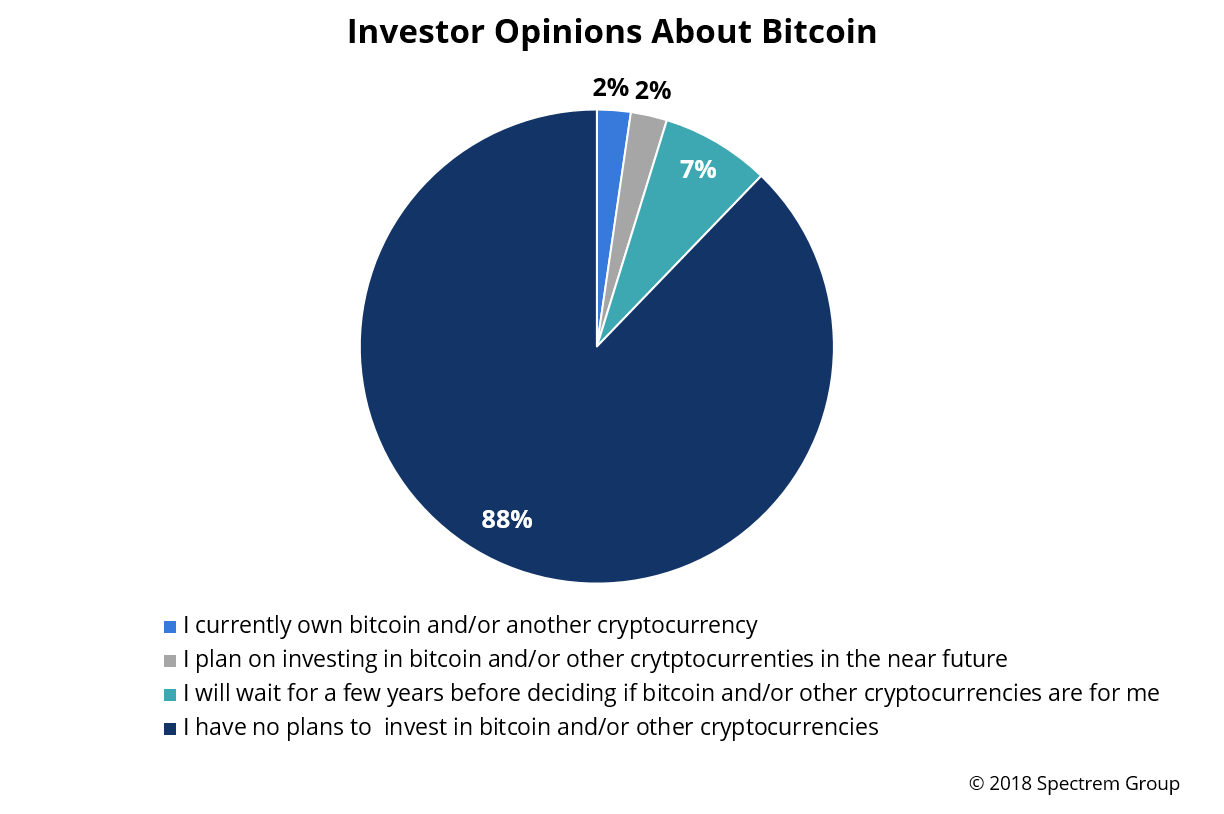 If you want to start a lively conversation at a dinner party, bring up the topic of bitcoin.

But know going in that many of the people at the party will not participate in the conversation, either because they don’t know anything about bitcoin or don’t care about bitcoin.

Bitcoin is the most well-known example of cryptocurrency, a completely digital exchange that has no governmental financial backing. The value of every bitcoin is determined by those entities and people who trade using bitcoin.

People who have invested in bitcoin will, in general, proclaim its value and the potential for it to become a new world currency. Some people claim to have become millionaires or billionaires thanks to their bitcoin mining, which is the computer-generated procedure by which bitcoin is created.

But how do people who are wealthy in the old-fashioned form, in currency backed by government entities, feel about the existence and potential of bitcoin? The answer is, they don’t feel much of anything.

In January, Spectrem asked more than 1,000 affluent investors two questions related to bitcoin, and found that among those investors, bitcoin had barely raised an eyebrow of interest.

Asked “How likely are you to invest in bitcoin or other cryptocurrencies in the future?”, 88 percent of investors said “I have no such plans.” Even among investors who work in the field of Information Technology, who perhaps have the best knowledge of the potential of bitcoin, 82 percent said they were not going to get into the bitcoin game.

Advocates of bitcoin and cryptocurrency claim that those who do not want to invest do not know what they are missing, and claim that investors would jump in if they understood the potential valuation.

Spectrem’s research indicates that there is a severe lack of understanding surrounding bitcoin. Asked to place their level of knowledge on a 0-to-100 scale, with 100 being “very knowledgeable", the average affluent investor rated themselves at 24.45, and only those investors who consider themselves “very knowledgeable’’ about finances and investing overall managed to get above 30, with a self-rating of 37.01.

Tread carefully. Bitcoin and other cryptocurrencies are an investment, and have produced incredible returns, but are also very volatile. Advisors need to be knowledgeable about the background and the potential liabilities surrounding the investment strategy involved before advising clients.

Clients who want to discuss the idea with their advisor are likely to be gung-ho  For some people, bitcoin appears to be a “get rich quick” scheme, and advisors would be wise to offer suggestions about how to proceed safely and slowly if the client is fully intending on investing in bitcoin.