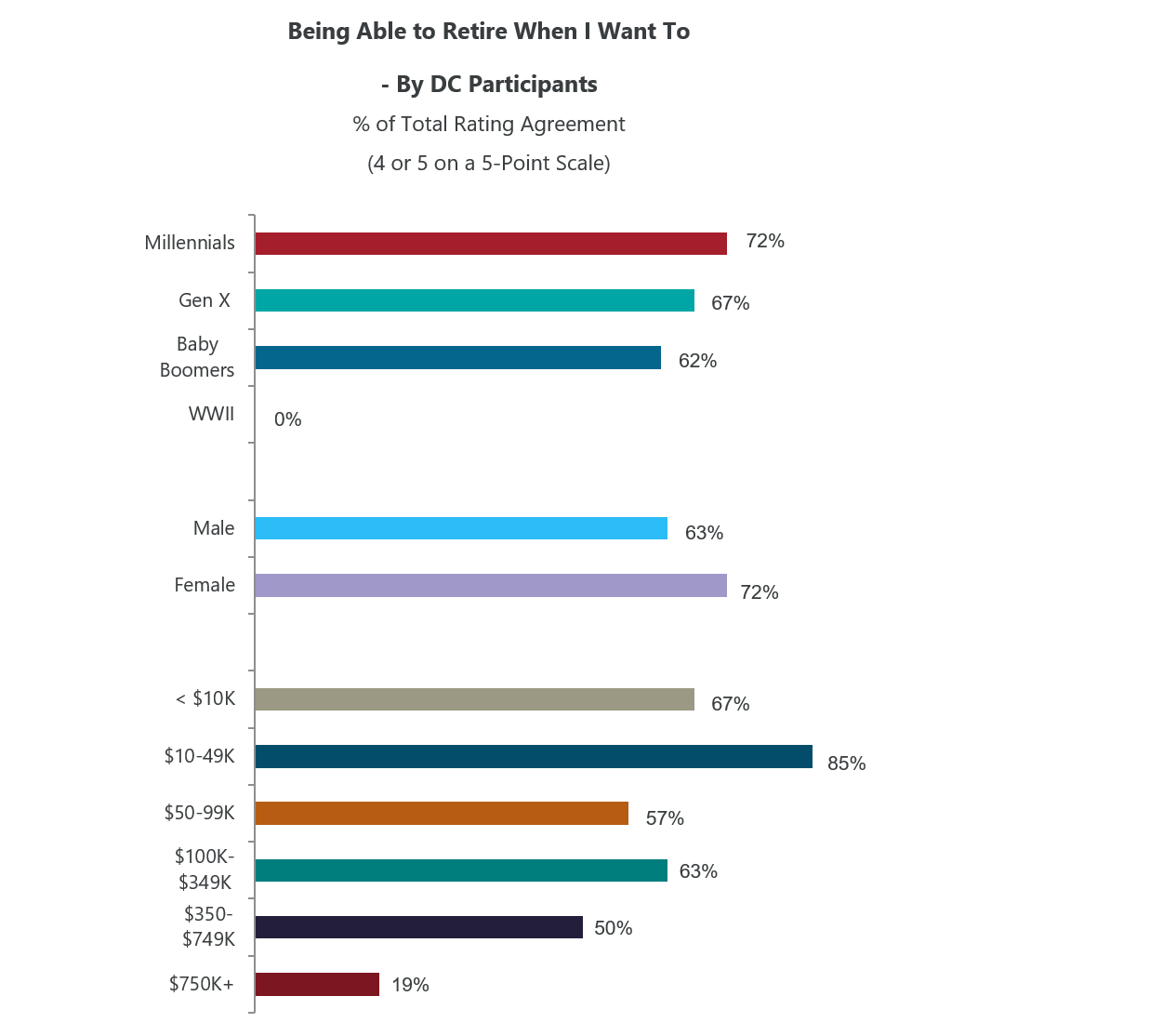 But even the wisest of investors can see plans “go awry’’ by any number of factors, and it can take more planning to reach the original goal.

Such is the case with planning for retirement.

Nobody in the business of personal finance will argue against planning for retirement. Assuming there is a day when a person wants to stop working for a living and live off the money they earned while working, retirement planning makes that idea possible. Retirement planning is the primary reason many investors sign on with a financial advisor. It would be the elephant in the room, except everyone talks about it.

But planning does not take away all the concern that surrounds the desire to retire. Even the wealthiest individuals express a thought or two that they might not be able to retire when they want to due to financial circumstances.

Spectrem’s study on defined contribution plan participants asked respondents to detail just how worried they are about being able to retire on their own schedule. It’s a particularly cogent question for people who make regular contributions through work or other means to a program designed to provide for income in retirement.

Among Gen X plan participants, 67 percent report concern over being able to retire when they want to, and Gen X investors are now in a position to know exactly when they want to retire. Many Gen X investors are in their mid-50s, and retirement is a door that is opening for them, assuming they can afford to go through that door. Having two-thirds of the Gen X segment still concerned over being able to retire at an appropriate time is a significant percentage.

Another pronounced response to the question came from female investors. Seventy-two percent of female investors report concern over being able to retire when they want to. Women frequently report a lower level of interest in their needs from their advisors, and having such a high response among that segment is a matter that advisors need to consider in their future meetings.

Based on the balance in their defined contribution plan, it is obvious that the more assets set aside for retirement, the lower the level of concern. A DC plan is usually not the sole depository for an investor’s retirement funds, but is an indication of how prepared that investor could be for his or her eventual retirement. However, even among investors with between $350,000 and $750,000 in their defined contribution plan, 50 percent report concern over being able to retire when they want to.

Investors need to have a clear vision of what it will take, financially, for them to retire when they want to, and either need to put more effort into the preparation for that day or reassess their plans.