What Banks do the Ultra High Net Worth Favor? 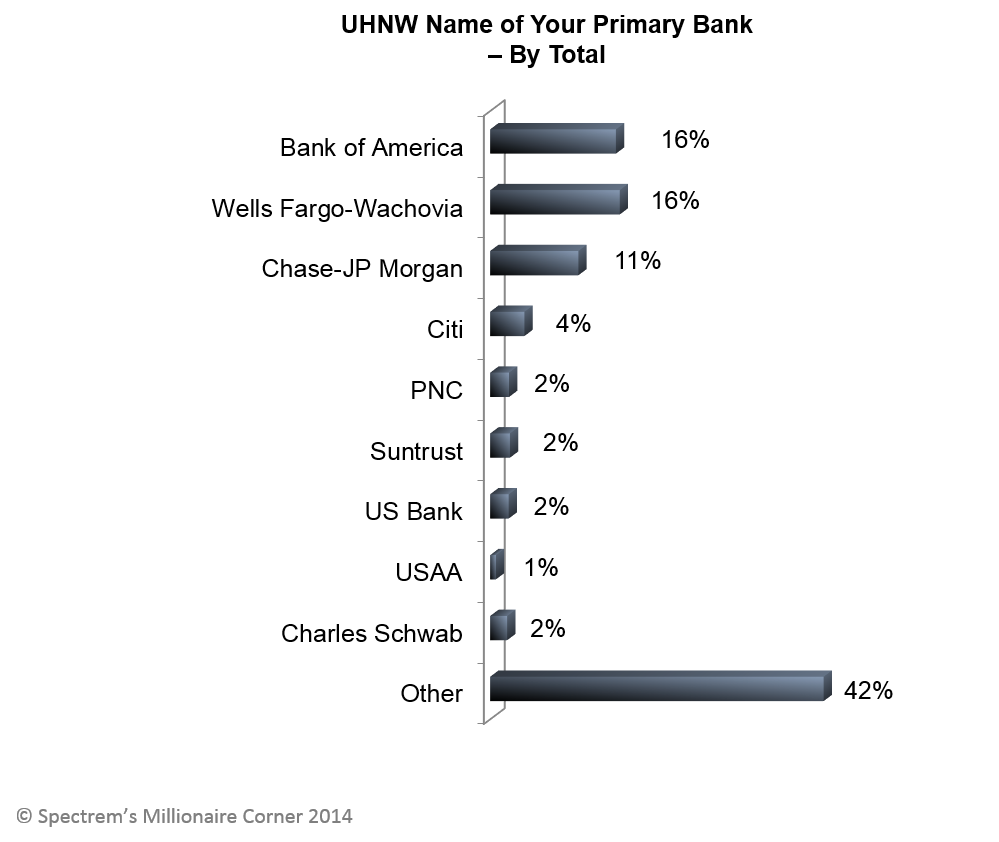 Among high net worth investors, Bank of America and Wells Fargo are the preferred institutions used as the primary bank, according to an annual Spectrem study.

Spectrem’s annual examination of advisor usage among affluent investors - Advisor Relationships and Changing Advice Requirements - shows that Bank of America and Wells Fargo are the primary bank of 16 percent each among investors with a net worth between $5 million and $25 million. Eleven percent of these Ultra High Net Worth investors use JP Morgan-Chase, and those three banks are the only ones garnering at least 10 percent of the UHNW investor market for primary banking purposes.

The wealthiest investors were more likely to go with a name brand institutions for banking services. For instance, among investors with a net worth between $15 million and $25 million, 20 percent work with Wells Fargo, 17 percent work with Bank of America, 12 percent go with JP Morgan-Chase and 7 percent use Citibank.

For more information on the UHNW Investor, click here