The woman’s liberation movement of the 1960’s and 1970’s fought inequality of pay, employment discrimination, equal employment, and tax deductions for child-care, just to name a few.  While significant changes have been made in employment since the 60’s and 70’s, many women argue that there are still significant battles to be won.  According to the U.S. Census Bureau and the Bureau of Labor Statistics report from 2019, women are paid 82 cents for every dollar that is paid to a man.  Many argue that there are reasons for this disparity, one of which is taking time off to raise children or needing a more accommodating work schedule.  How do wealthy women today feel about these issues?

When Spectrem Group recently conducted research with wealthy women, the believe that a wage gap still exists was evident.  Spectrem asked for women to rate on a 0-100 scale if there were significant and real wage differences between men and women that are not based on ability, merit, or experience, with 0 meaning do not agree and 100 meaning very much agree.  Overall women gave a score of 72.67.  Digging deeper however, younger women are slightly less likely to agree with that belief, with those under 50 years old providing a score of 68.50, while women 50-65 years old provided a score of 74.43, and those over 65 gave a score of 75.18.  Younger women don’t seem to agree as strongly as older wealthy women. 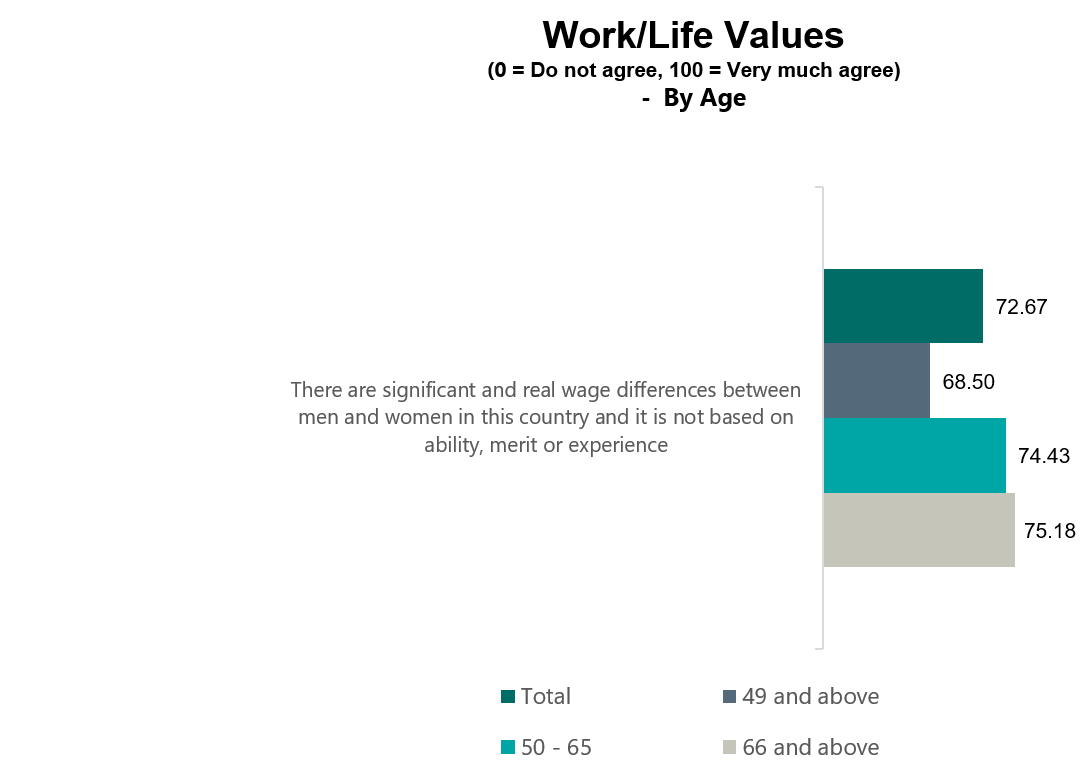 When it comes to time off for raising families younger women continue to feel slightly differently than their older counterparts.  When wealthy women under 50 were asked if they agree or not that women should NOT expect to receive the same wages as those who did not have an interruption in their employment, younger women provided a rating of 54.99 on a 0-100 scale, with 0 being do not agree, and 100 being very much agree.  Women over 65 gave a rating of 47.91, so below the halfway mark, slightly more that they do not agree with the statement.  This indicates that younger women are more likely to feel that there should be a wage difference between those women who elect to stay home to raise a family versus those women who do not have an interruption to their employment.  The differences in opinion between ages could be that women who are over 65 years old lived through the 60’s and 70’s, when political debates and legislation regarding equal pay and ability to deduct childcare on taxes were hot button topics. 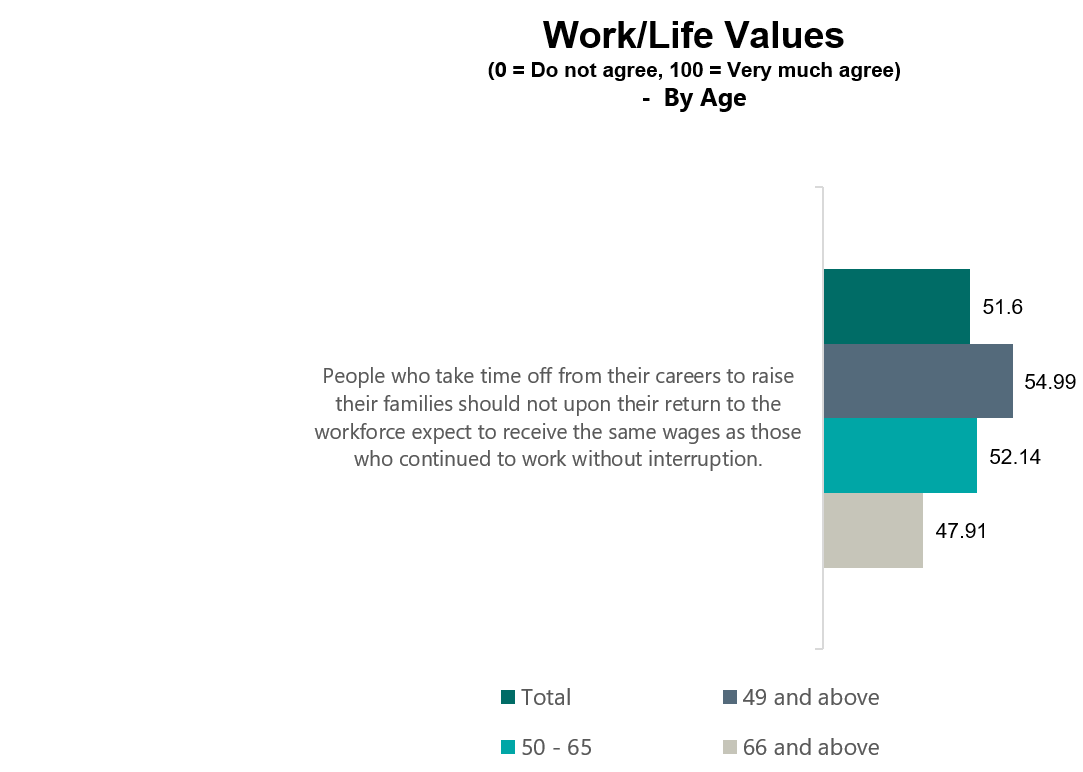 What about those women who still work but need to have a flexible work schedule?  Younger women are more likely to feel those women should not be paid the same as those who do not require those accommodations, giving a 48.73 on the same 0-100 scale, while women ages 50-65 scored 39.80, and women who are over 65 provided an average score of 29.43.  It is important to note, however, that none of the average scores are above 50, which would be more to agreeing that there should be a wage difference between those who do and do not require flexible schedules.