Are You A Fiduciary, Because Your Clients Certainly Think You Are 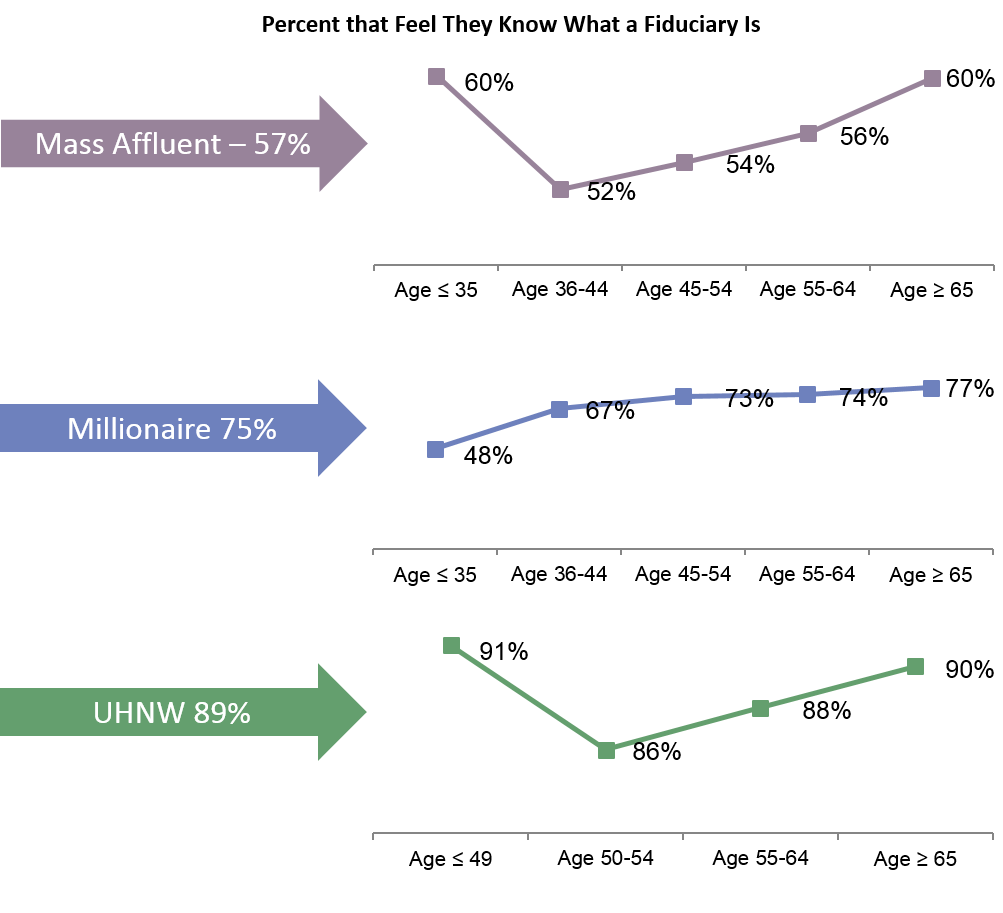 Few terms in the investment industry are more confusing than the word “fiduciary”.

Spectrem’s whitepaper Fiduciary – Do Investors Know What it Means? proves that.

A survey of affluent investors asked them three questions:

It is revealing that the definition offered by affluent investors varies widely from one person to the next, and from one segment of wealth and age to another. It is clear to see that nothing is clear when it comes to the word “fiduciary”.

“A fiduciary has a legally binding role in working with an investor, but the understanding of that role, not to mention the understanding of who is a fiduciary and who is not, is obviously low,’’ said Spectrem President George H. Walper Jr. “While it is incumbent upon investors to know whether their advisor is a fiduciary, advisors themselves may want to make the distinction in conversations with their clients.”

To learn more, CLICK HERE to purchase the White Paper

That means more than one-quarter of Mass Affluent investors are clearly confused on the topic, and 43 percent have no idea what the topic is about.

Meanwhile, 89 percent of Ultra High Net Worth investors (with a net worth between $5 million and $25 million) say they understand the meaning of the word “fiduciary” but only 83 percent believe their advisor is, in fact, a fiduciary. That means a small portion know the importance of the role but do not expect their advisor to perform as a fiduciary.

When asked to define the word, the highest percentage of investors said it was a legal or ethical relationship, and a similar percentage defined it as a relationship involving the care of assets.

But only 54-67 percent of investors based on wealth level believe a fiduciary is a professional looking out for the best interests of the client in all aspects of the job, which is the prevailing definition of the role.

The Department of Labor recently released proposed regulations that would create a fiduciary standard for advisors assisting investors with retirement plan assets. The idea is to protect those assets from loss due to advisor mishandling, and it will further detail the importance of the fiduciary role to investors.