Are $25 Million Plus Investors on Social Media?

Social media can be a great equalizer of wealth.  It is challenging to know if the person behind the tweet or LinkedIn profile is wealthy or not.  Of course there are indications such as pictures on Facebook of vacations or surroundings that can indicate wealth, but that requires active participation on those platforms.  Do the wealthiest American’s have time or interest to be online?  What social media platforms are they likely to be currently using?

According to recent research conducted by Spectrem Group, Facebook is actively used by 70 percent of investors that have over $25 million in net worth, not including primary residence.  YouTube is used by 52 percent of $25 million plus investors and Twitter and Instagram are tied for third with 51 percent using each of those platforms.  Thirty-nine percent are using LinkedIn.  Interestingly 32 percent use Snapchat, an application that has gained popularity over the past several years and is used for image and video sharing and chat functionality.  Another sharing app, TikTok, focuses on video sharing and is used by 23 percent of $25 million plus investors. 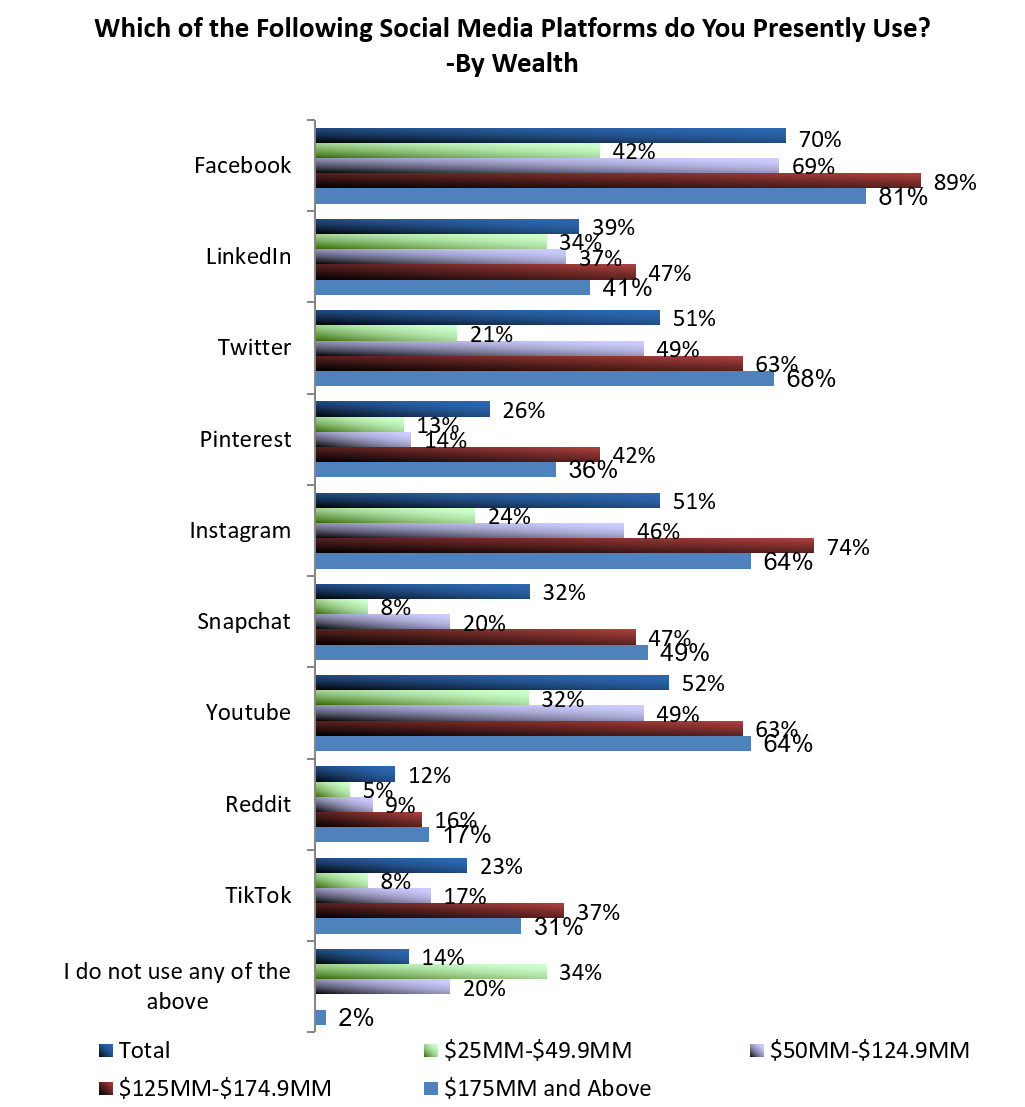 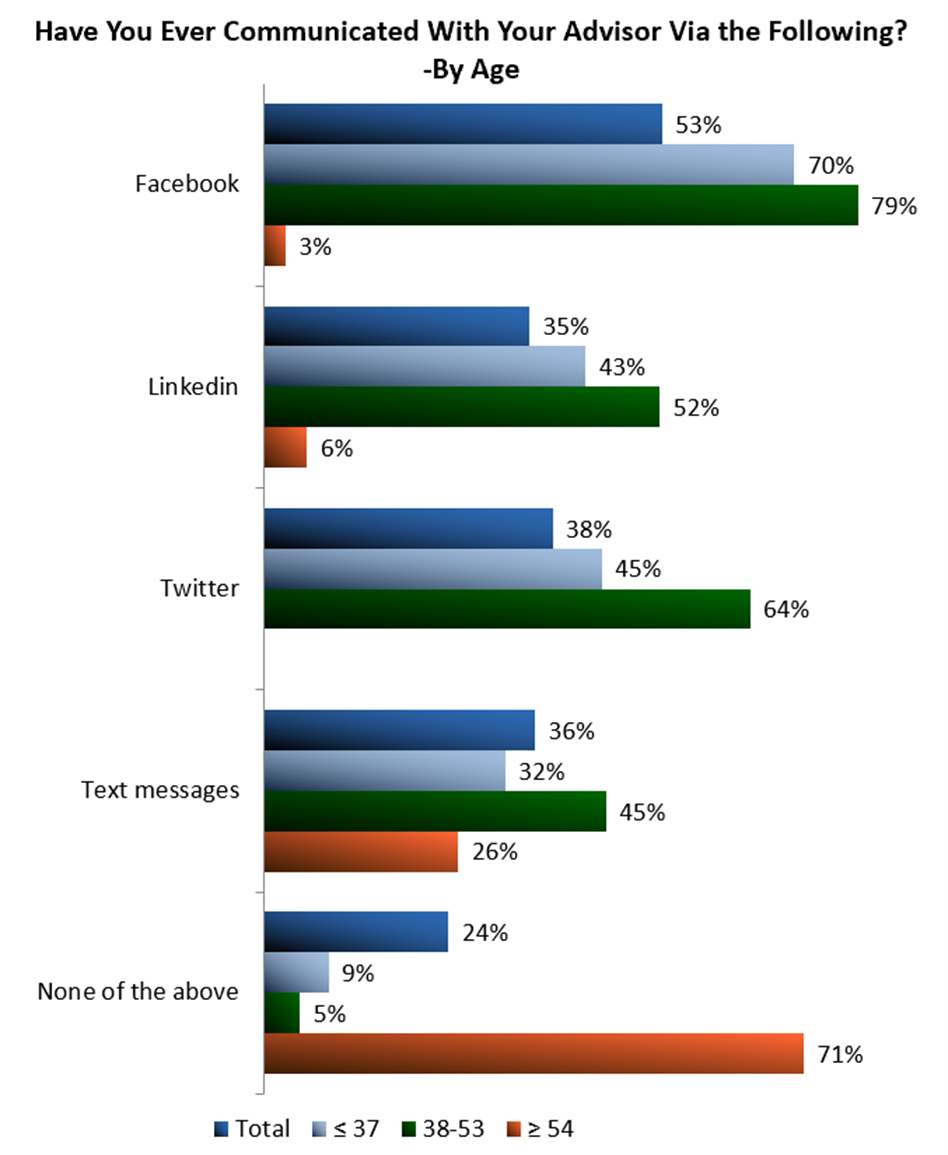