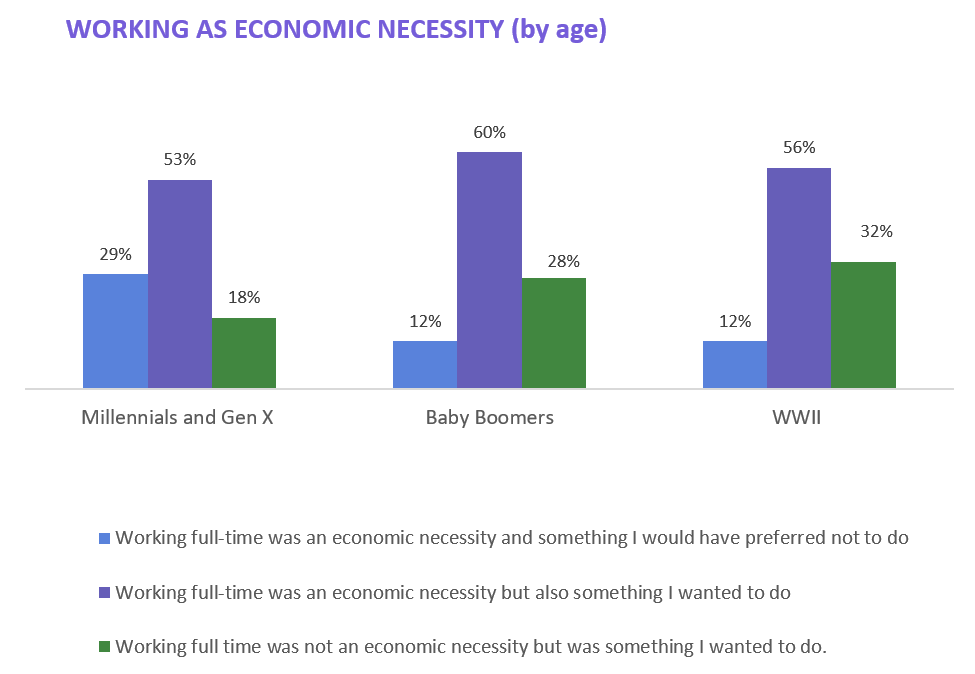 The world is growing more accustomed to women developing sizable wealth on their own. The affluent investor marketplace is building closer to an even split between men and women in terms of great income, net worth and investment portfolios.

There are wealthy women in America across the spectrum of age segments. While much of the America’s wealth centers in the Baby Boomer generation today, there are a number of Millennials and Gen X women with significant wealth, just as there remain numerous wealthy women from the World War II generation.

But wealthy women from different generations think differently about many subjects related to their finances and investment, as well as to more sociological issues that can have lasting effects upon a woman’s investment strategies and attitudes.

The increasing market of Millionaire women is the focus of Spectrem’s new study, Successfully Growing Your Business with Wealthy Women, which examines the attitudes and interests of wealthy women on disparate subjects including finances, advisor usage, work-life balance, parenting, and wealth status.

“This extensive study indicates that there are differences in wealthy women based on their age, their career decisions, their occupation and the number of children they had, among other factors,’’ said Spectrem president George H. Walper Jr. “There is a wealth of information to glean from the responses these affluent women had to the wide range of topics discussed in the study.”

The study, which looked at 350 women with a net worth of at least $1 million (not including the value of their primary residence), combined the Millennial and Gen X women into one category, and compared that group to the Baby Boomers and to women from the World War II era.

For advisors, it is instructive to learn that the younger women are strikingly different in many ways to investors from the two older generations. For instance, there is a higher percentage of the Millennial and Gen X women who have a net worth over $5 million. They are more likely to have a household income of at least $200,000 (83 percent to 45 percent of Baby Boomers).

Advisors should look over their client list to determine if they have any women investors in those younger categories, those women under the age of 52. Among those women who are well-to-do in that age group, they apparently are doing very well and can be aggressive investors.

The younger wealthy women are far more likely to have completed undergraduate college, and more likely than Baby Boomers to have advanced degrees.

Almost half of the Baby Boomer wealthy women are either still working full-time or part-time. So are 20 percent of the World War II women.

While two-thirds of married wealthy women lived in a household where both members worked full-time, there appears to be a trend among Millennials and Gen X women in which only one works full-time (29 percent). In those cases, it was almost always the woman working full-time.

It is revealing that younger wealthy women show less regard for the importance of owning a home and higher regard for providing for the next generation as a definition of the American Dream. That segment is also less concerned about retiring when they want to.

It is vital that advisors design presentations and information specifically for female investors, who do have attitudes and behaviors unique to those of men. But advisors need to also be aware that younger wealthy women are much different than their female predecessors who also happen to be wealthy. The Spectrem study spells out those differences in numerous categories, but it is safe to say that the concerns of younger wealthy women are much less traditional than the concerns of the older generation.