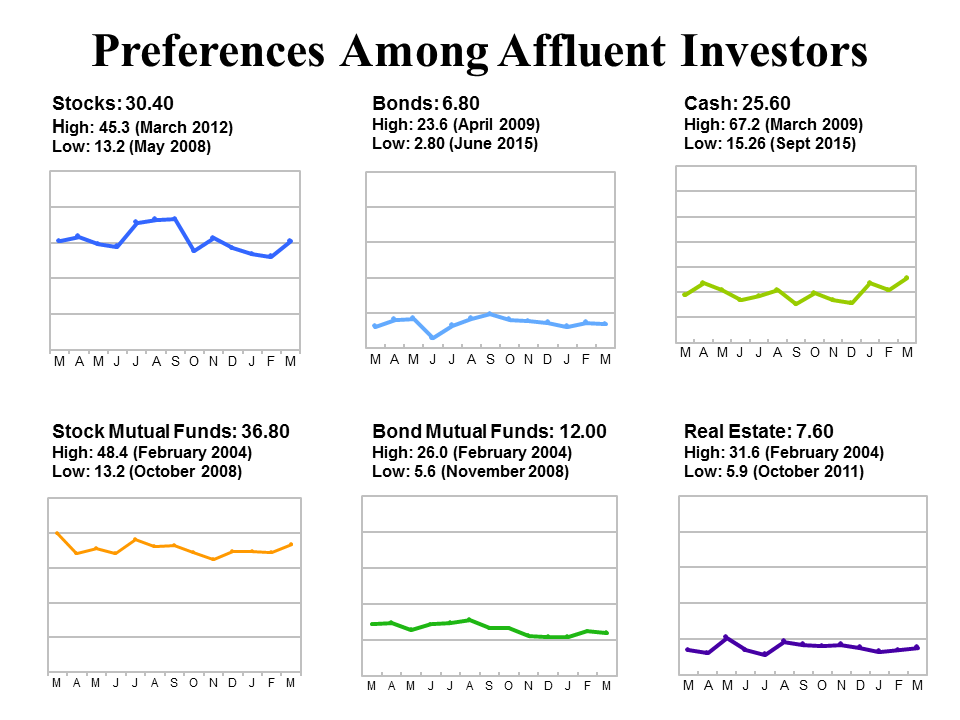 Intention to invest in individual Stocks gained 17 percent from February to reach a four-month high, but there was also a 7 percent increase in Affluent investors who indicated that in the coming month they would hold on the investment sidelines. Intention to invest in Cash gained 23 percent to reach the highest reading since September 2013

Intention to invest in Stock Mutual Funds, consistently the most popular investment vehicle among Affluent investors, declined 9 percent to a 16-month low.

Our investment preferences survey is one of the drivers of the Spectrem Affluent Investor Confidence Index, which is published in our High Net Worth Advisor Insights newsletter. The most recent Index for March gained six points to 3, the first time in 2016 that the Index posted a positive reading.

An analysis by wealth level, gender and political affiliation reveals telling investment trends. Non-Millionaire households indicated a 24 percent increase from February in their intention to invest in Stocks.

Millionaires reporting they intend to stay on the investment sidelines in the coming month is at a six-month high. This cautious investment mindset is further reflected in their intention to invest in Cash, which is at a 17-month high;

Affluent investors who identify as Independent indicate a stronger likelihood than their Republicans and Democratic counterparts they will hold on the investment sidelines in the coming month.