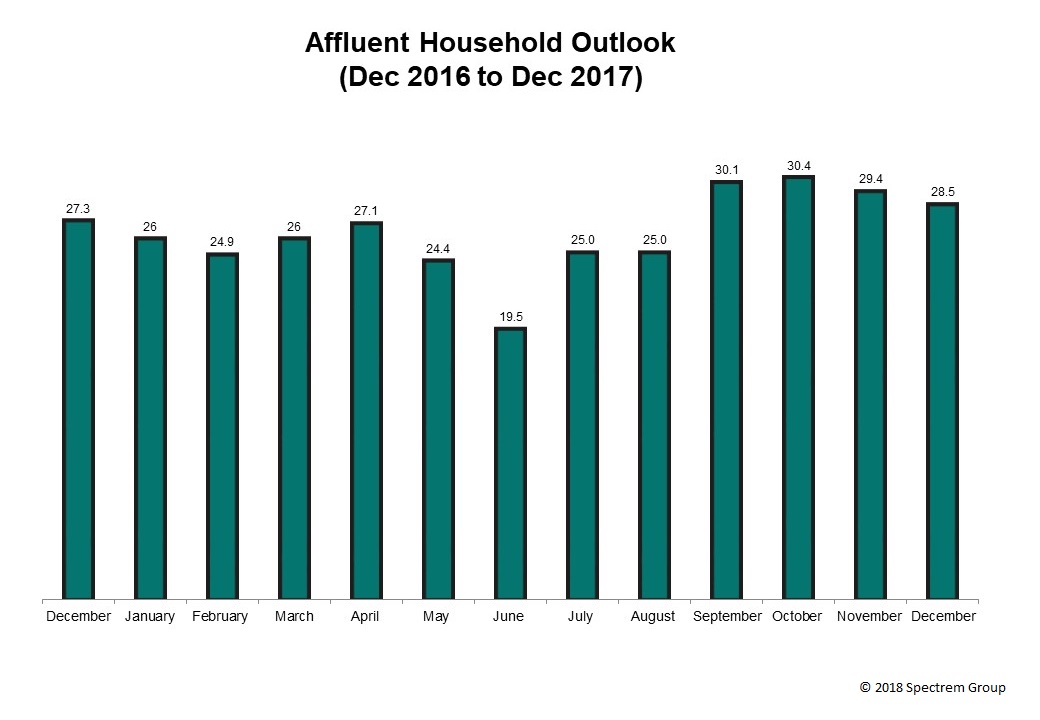 As the calendar crawled its way to the new year, Millionaires and non-Millionaires had slightly different views on the economic progress of the United States as it approaches 2018.

According to the Spectrem Household Outlook, Millionaires are optimistic about the coming months, while non-Millionaires expressed slight pessimism about how the economy will affect household finances in 2018.

However, the non-Millionaire outlook remains above where it was for the first eight months of 2017, indicating a general improvement in attitude among non-Millionaires overall.

The overall Outlook of all investors was at 28.50, less than a 1-point drop from November. It is at the lowest point since August of 2017.

The overall Company Health Outlook was at its highest mark in more than 10 years in November, so a drop in December is not unexpected. The largest drop in December was among non-Millionaires, but it is still at 17.80, which remains higher than an Outlook seen since May of 2015.