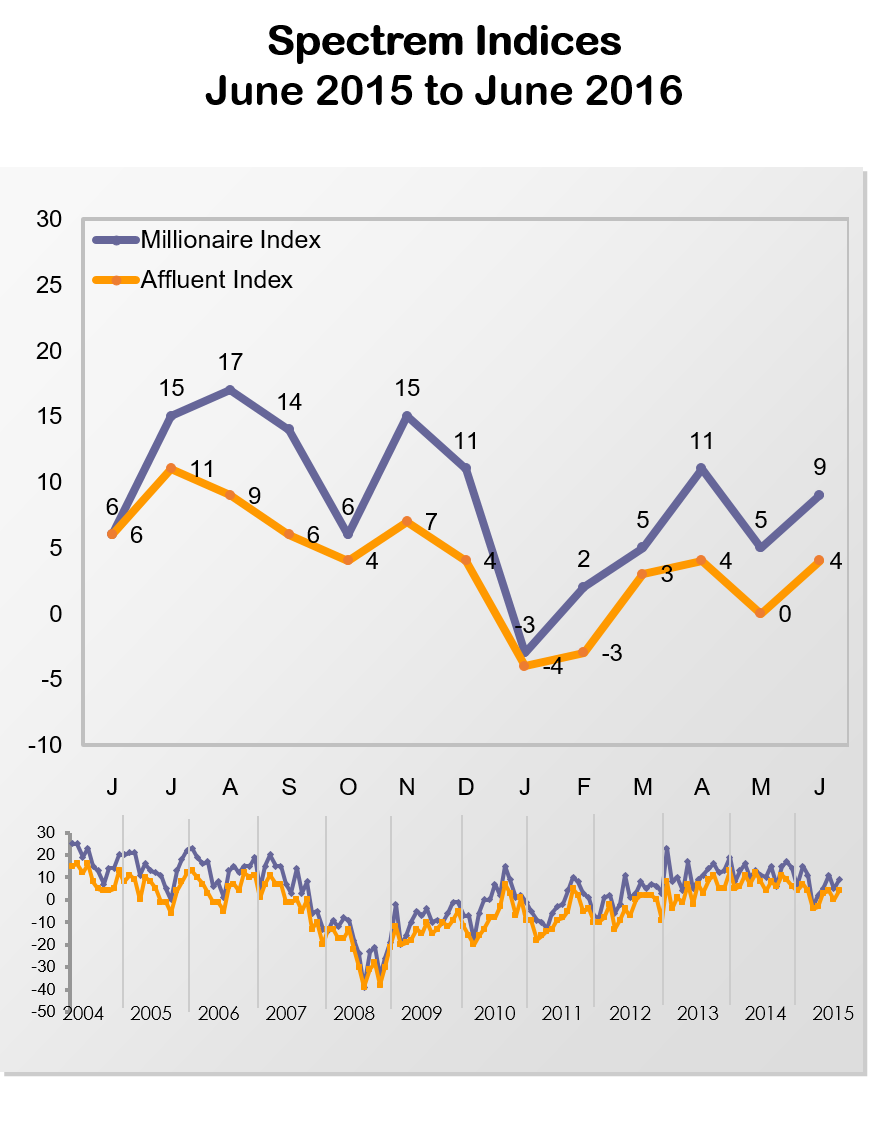 This month’s survey was conducted between June 16th and June 22nd, just prior to the historic vote by the U.K. to exit the European Union and subsequent market volatility. “Prior to the Brexit vote, the presidential campaign dominated television news,” notes Spectrem President George H. Walper, Jr. “While there were concerning economic reports released in June, they did not appear to fully engage Affluent investors.”

Since 2004, the monthly Spectrem Affluent Investor Confidence indices have tracked changes in investment sentiment among the 16.3MM households in America with more than $500,000 of investable assets (SAICI), and those with $1MM or more (SMICI).  In the first six months of 2016, fluctuations in the indices have generally been mild. The largest month-to-month gain or loss has not exceeded six points. In June, for the first time this year, the SMICI exceeds its level at the same time last year. It is up 3 points from June 2015. The SAICI is down 2 points year-over-year. The indices have each gained in four of the past five months.

The uptick in the Spectrem Affluent Investor Confidence indices come despite ongoing concerns about the economy, which Affluent investors we surveyed in June consider to be the most serious current threat to achieving their financial goals, followed by market conditions, and the political climate.

These concerns about the economy are a factor in the June Investor Confidence levels among different Affluent demographics.  The SAICI for men is at 9, a gain of 4 points from May. For women, it is at -3. Although this represents a 5-point gain from the previous month, the SAICI for women has been in negative territory for each month in 2016.