In the last two decades the relationships between investors and their financial professionals has changed significantly.  Technology has played a critical role in these changes.  By allowing investors greater access to information, investors have changed the expectations they have of financial advisors.  While financial advisors were once primarily relied upon not only for advice but for actually placing and ensuring the settlement of the appropriate trades, the trading part of the relationship is no longer relevant because it is assumed that technology has made that process automatic.  Because the trading portion of the relationship is now irrelevant, the actual advice provided by financial advisors has become increasingly important.

Spectrem recently compared the expectations investors have of advisors in 2020 to what investors felt in 2008.

1. Investors are more trusting of their advisors in 2020 than they were in 2009.  The economic crashes suffered in 2008 and 2020 differ for investors due to the reasons for the market decline.  Based upon qualitative research conducted by Spectrem Group in November 2008, investors were very angry and lacked trust in the financial services industry, including their own financial advisors. This led to many investors changing their reliance upon their financial advisor.  As illustrated below, as of 2009, only 13% of investors described themselves as “Advisor-Dependent”.  Advisor-Dependent investors rely upon their advisors for all investment decisions.  This is their perception of how much they rely upon an advisor when making decisions, not their actual usage.  This level of advisor dependence was significantly lower than in the earlier part of the century when dependence upon advisors was greater.  It took many years for that percentage to increase.  As you can see, as of January 2020, 21% of investors described themselves as Advisor-Dependent.

Investors were very involved in their investments immediately after the 2008 financial crisis because they did not trust financial institutions and they were very angry.  Over the next decade, as their level of trust with their advisor grew, and as markets continued to be robust, investors lost interest  in investing on a began to to turn over their investment due diligence to their advisor. 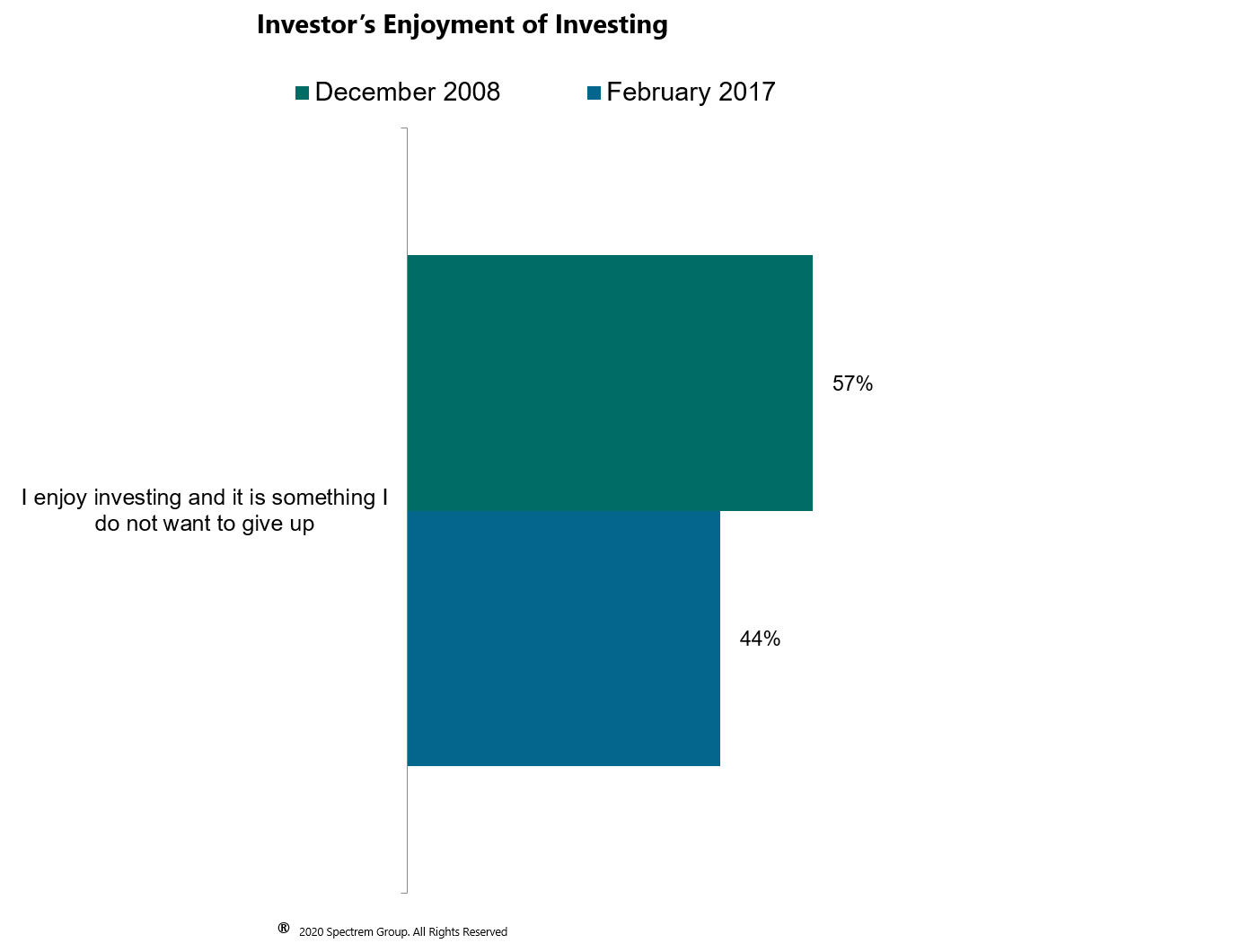 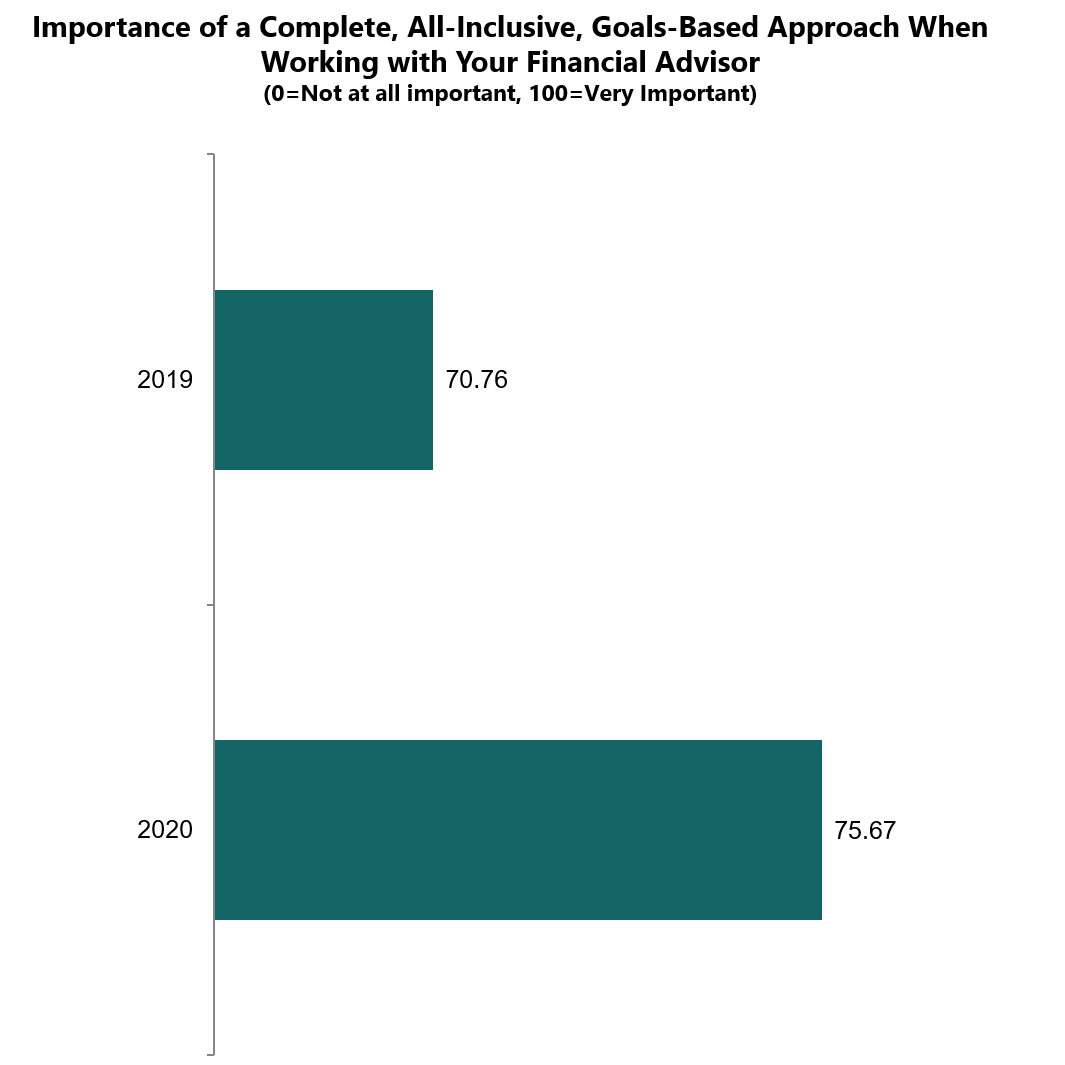 3. Investors want proactive communication from their financial advisor.  More than a third of investors (38%) indicated that their advisor had “done a good job in helping me” during the 2020 market downturn, with 56% of those using Independent Financial Planners being the most satisfied.  Not surprisingly, satisfaction with “performance” was slightly lower (36%), although once again, Independent Financial planners were rated higher. 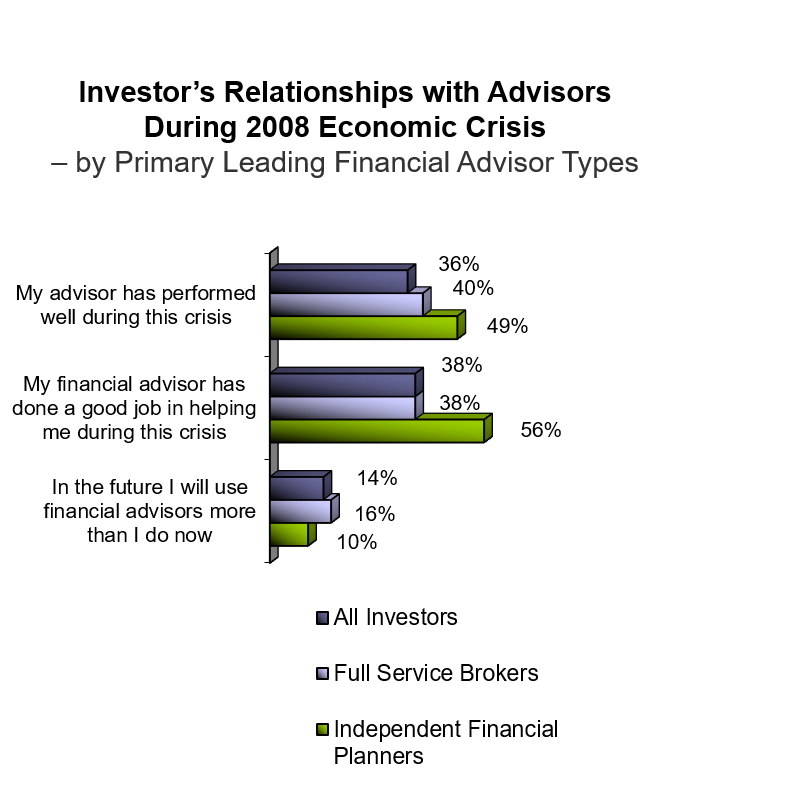