When Your Clients Make Political Predictions 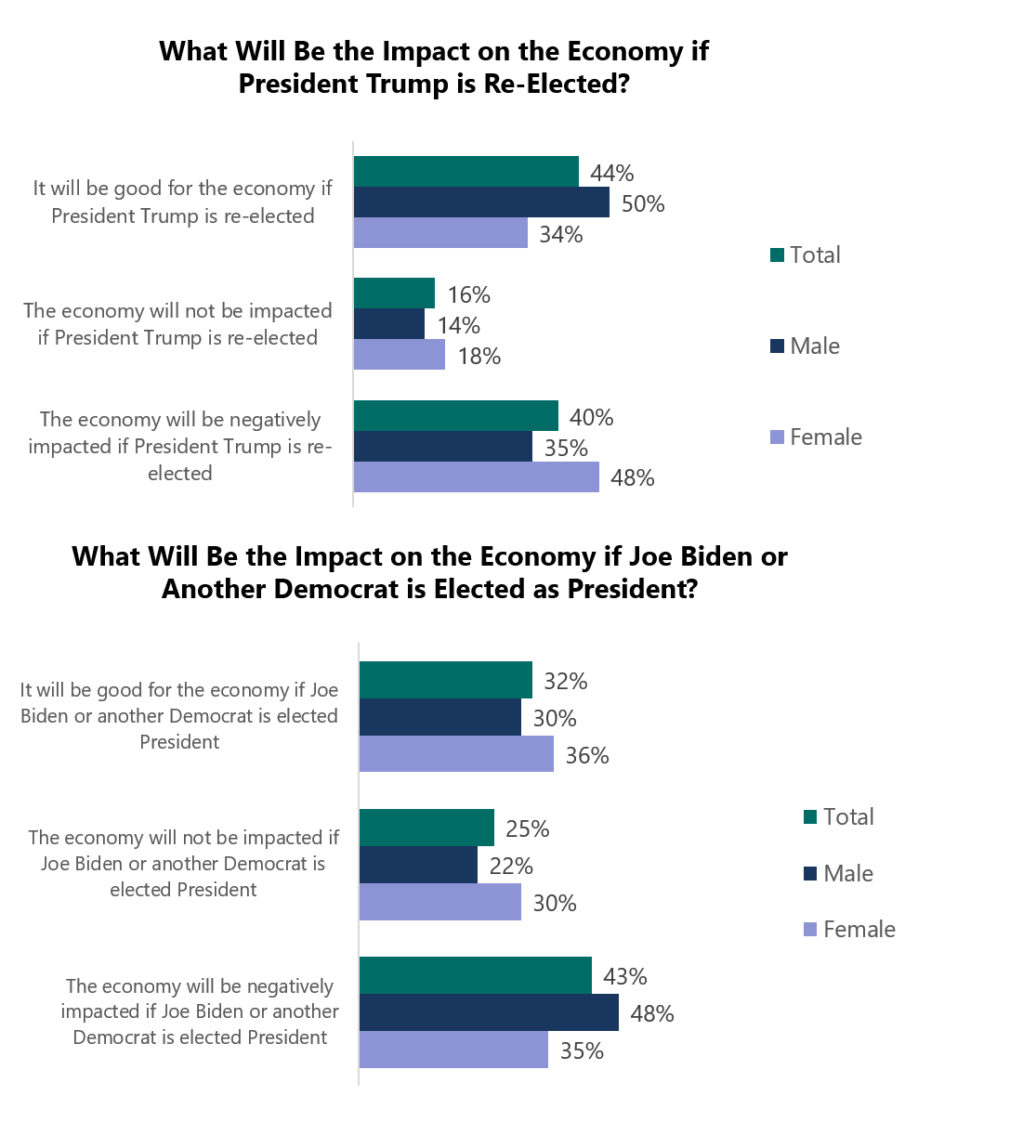 Financial advisors do not need to be meteorologists, but they do need to know which way the wind is blowing.

There are some instances in modern society where it is considered inappropriate to bring up politics for conversation, but advisors might be advised to have a discussion about the upcoming election with their clients.

Spectrem’s study Tracking The Election 2020 asked investors in early May what they thought would occur when the presidential election is held in November, and what it would mean for the U.S. economy. Here are the results:

Asked what would happen if Biden is elected, 32 percent believe it will have a positive impact on the economy, compared to 43 percent who think it will hurt to have the Democrat in charge. A similar attitude exists based on gender segmentation; while 30 percent of men think Biden would be positive and 48 percent think he would have a negative impact, women are equally split, with 36 percent saying Biden would be a positive influence on the economy and 35 percent thinking he would be have a negative impact.