What is a Fiduciary Relationship? 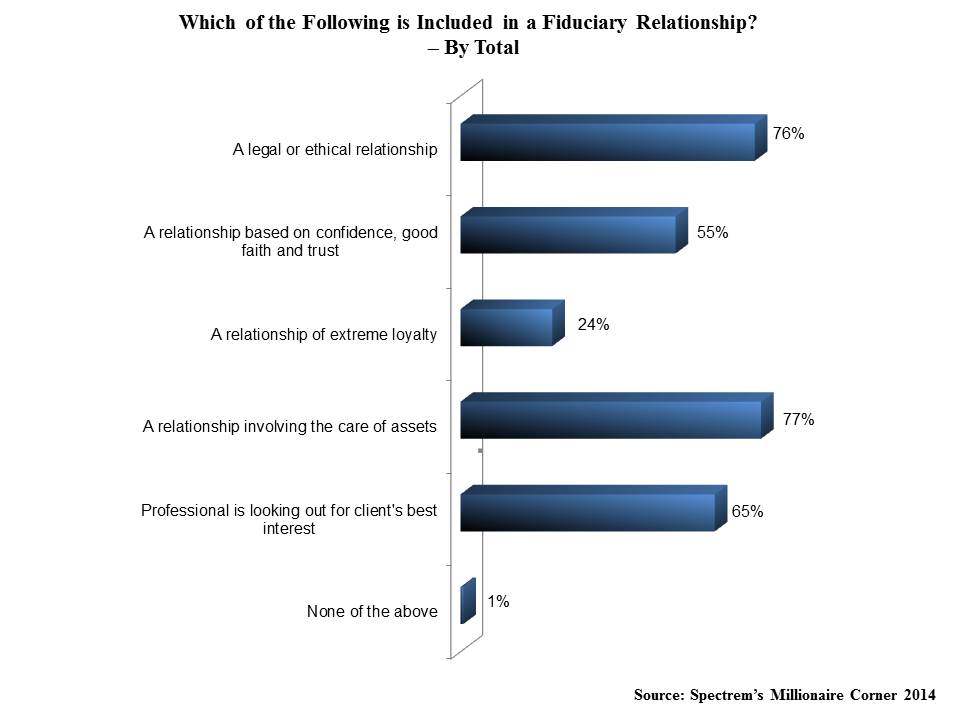 Among Millionaires with a net worth between $1 million and $4.9 million, those with $1 million-$1.9 million are also most likely to say they do not understand the concept (30 percent vs. 25 percent of Millionaire respondents overall).

What is a fiduciary? Basically, a fiduciary relationship states that a financial advisor acts always in the best interest of the client, in accordance with the Investment Advisors Act of 1940.

Created in the wake of the 2008 economic collapse, the Dodd-Frank Wall Street Reform and Consumer Protection Act of 2010 instructed the Securities Exchange Commission to consider mandating that brokers operate under the same fiduciary standard as investment advisors. Unlike investment advisors who are regulated as advisors, broker-dealers are regulated as salespeople under the Securities Exchange Act of 1934.

One-third of Millionaire investors use a broker, according to Millionaire Corner wealth level advisor usage studies. Over the decades, the distinctions between brokers and advisors have blurred, which can cause confusion among retail investors. Brokers currently are required only to steer clients toward trades or investments deemed suitable, while investment advisors are obliged to put clients’ interests first.

A new Spectrem Group study of Millionaire households and their relationship with their financial advisors finds a basic understanding of the fiduciary relationship. Roughly two-thirds (65 percent) said it was a professional looking out for their client’s best interest.

For more information on the Millionaire Investor, click here