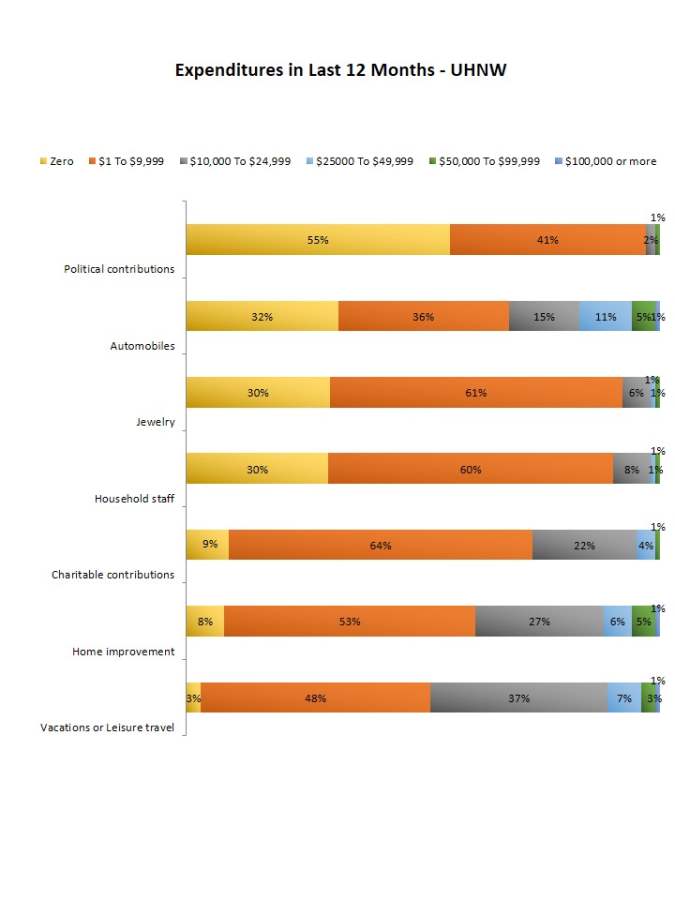 A Spectrem study of wealthy investors – Asset Allocation, Product Ownership and Perception of Providers – indicated that 48 percent of UHNW investors spent at least $10,000 on vacation or leisure travel. Eleven percent spent at least $25,000 on getting away from it all.

Seventy-three percent of the wealthiest investors do not gamble.  Something the less wealthy should keep in mind?