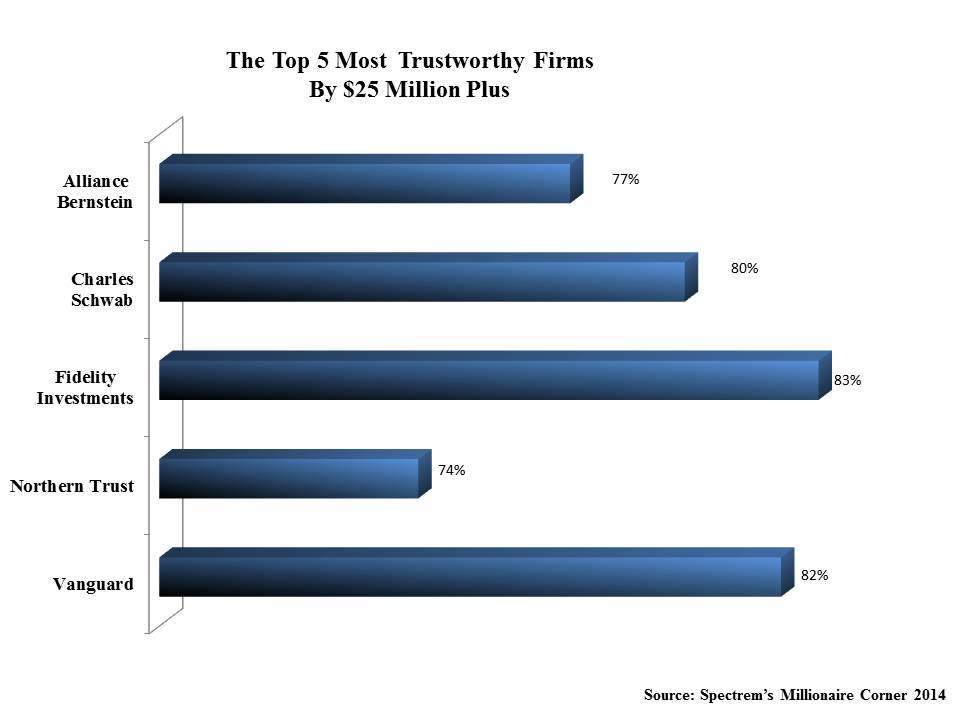 More than investment track record, fees or commissions charged or referrals or recommendations, a financial advisor’s perceived honesty and trustworthiness are considered by wealthy investors to be the most important factor in selecting a new advisor. Which firms make the grade for America’s ultra-wealthy households?

According to a new Spectrem Group’s wealth level study of households with a net worth of at least $25 million (not including primary residence), the firms ranked most trustworthy are:

For more information on the Ultra-Wealthy investor, click here