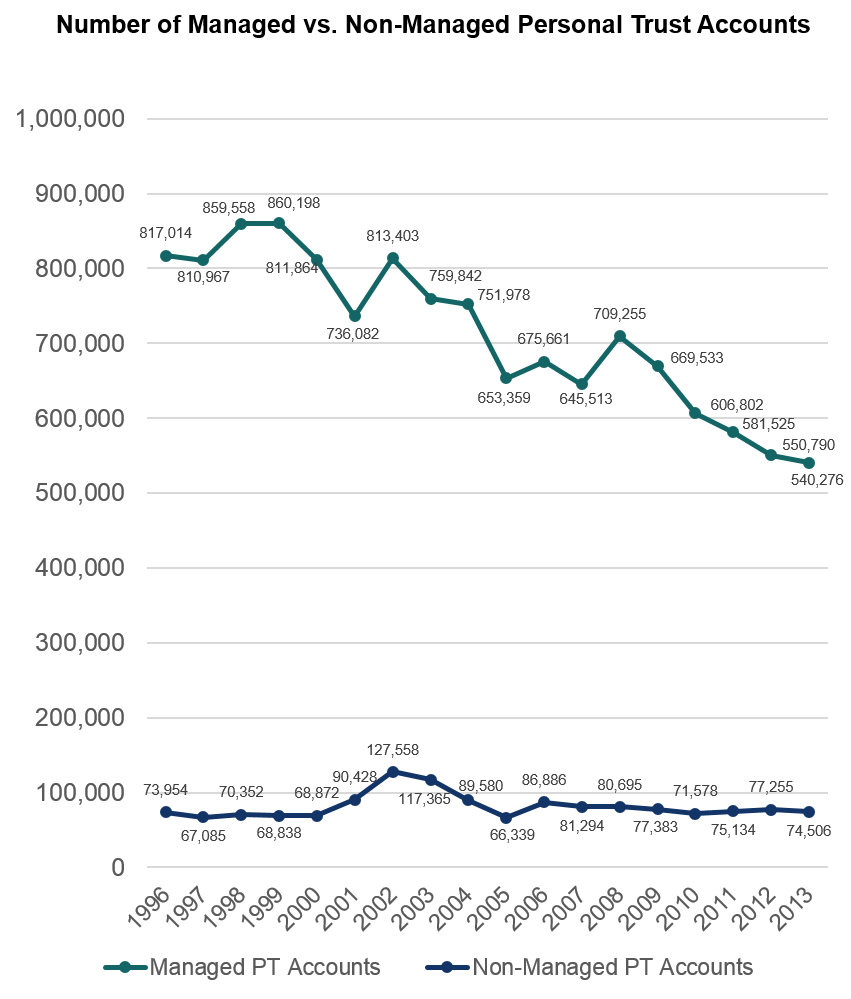 Spectrem’s 2014 Personal Trust Update, an annual examination of the trust industry in the United States, shows growth as might be expected in a growing and more confidence economy.

According to Spectrem’s study, which comes from FDIC surveys of member trust institutions, trust assets in 2013 increased 7 percent and continued the decade-long ebb and flow in which trust assets have essentially remained flat from 2003 on.

The number of accounts continue to decline over all areas, although assets bounce along with the overall market performances.

The trust numbers show that at year-end 2013, total bank personal trust assets increased $65 billion and ended the year at an estimated $948 billion. That remains below the top number from 2007 of 1,149.50 billion, but the 2013 total is the highest since the recession. It is still lower than it was in 2003 when the trust amounts began to grow dramatically on the way to the recession.

The number of total personal trust accounts within U.S. banking institutions continued their six-year downward trend and settled at 614,000.

The number of Non-Managed Personal Trust accounts decreased slightly and have been stagnant over the past five years. There are now 74,506 non-managed personal trust accounts, more than 50,000 less than the 2002 total of 127,558.

For more information on the 2014 Personal Trust Update, click here